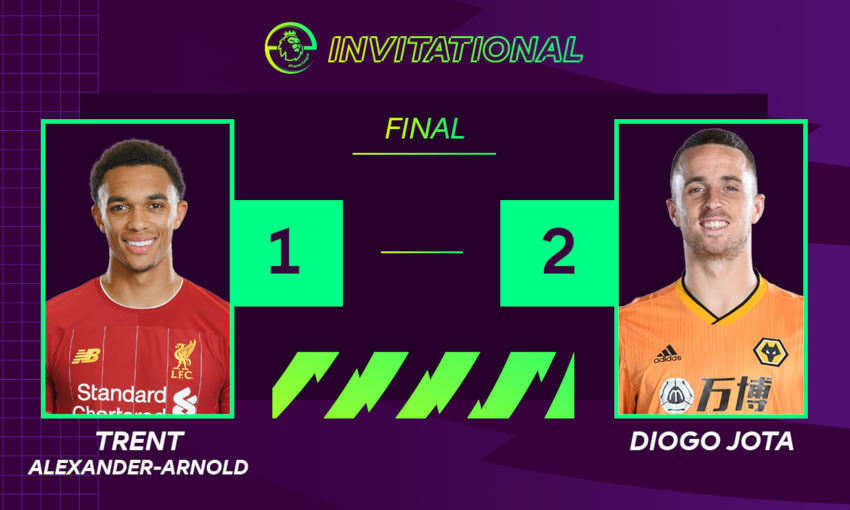 Trent Alexander-Arnold finished runner-up for Liverpool in the ePL Invitational on Saturday.

The Reds defender was beaten by Diogo Jota of Wolverhampton Wanderers in the final of the EA SPORTS FIFA 20 competition, which featured players and celebrity fans representing each of the Premier League clubs.

Alexander-Arnold had led through a Georginio Wijnaldum header but Jota levelled to force a second match that would be decided by a golden goal. After more than an hour of the replay, the Wolves man struck to clinch the title.

“It was a good game,” said Alexander-Arnold.

“It’s very difficult to break him down, he’s patient defensively. I thought I did quite well against him, to be fair, but he probably deserved to win that last game because of the chances he created.

“It has been a good tournament. I’m happy to get to the final – obviously gutted to not win it but he did really well in the final.”

The Liverpool No.66 had defeated Manchester City’s Raheem Sterling with a golden goal in their semi-final, having progressed to the last four with wins over Manchester United and Newcastle United earlier this week.