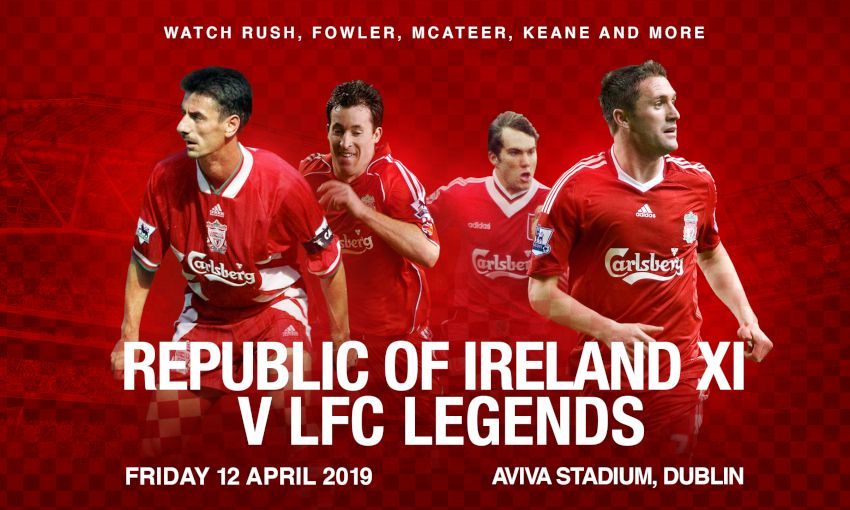 The squads for Liverpool FC and Republic of Ireland legends’ forthcoming charity game in aid of the Seán Cox Rehabilitation Trust have today been announced.

The teams will meet at Dublin’s Aviva Stadium on Friday April 12 - kick-off 7.45pm - in a bid to raise money to fund vital rehabilitation care for Seán Cox, who suffered life-changing injuries when he was the victim of an unprovoked attack outside Anfield ahead of the Reds’ Champions League semi-final against AS Roma last April.

There are four players who’ll represent both teams on the night, having done so during their playing days: Phil Babb, Jason McAteer, Robbie Keane and John Aldridge.

Tickets can be purchased online now via www.ticketmaster.ie/lfc.

For more information on Seán’s story, or to donate to the campaign, visit supportsean.com.