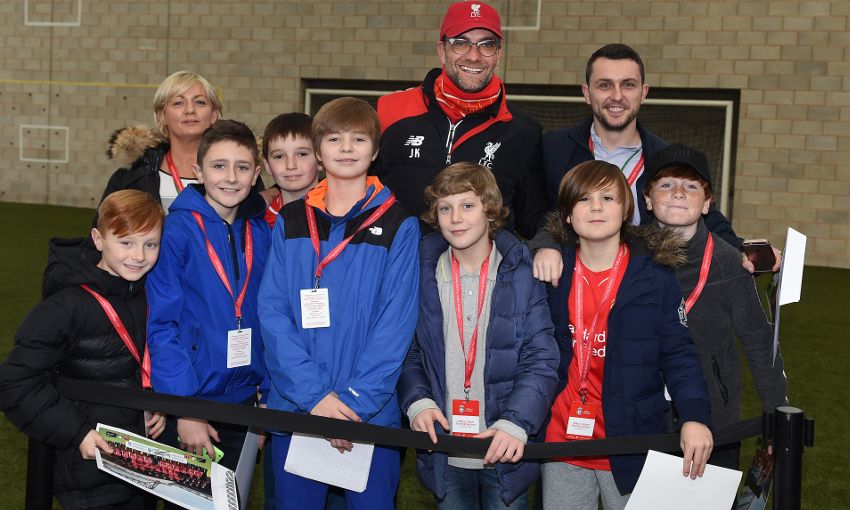 Plantation Primary made a special visit to Melwood last week after representing Liverpool FC at the eighth annual Premier League Schools Tournament Final and retaining their title in May this year.

Having secured a 3-2 victory over Walmley Junior School, who were representing Aston Villa at the U11s mixed competition held at Tottenham Hotspur’s White Hart Lane, the team were given a special invite to watch the Reds train.

And after the session, the players had the opportunity to meet some of their idols from Jürgen Klopp’s side, grab autographs and pose for photographs.

Matt Houghton, Plantation Primary Year 6 teacher, said: “To have been invited down to watch the first team train at such close quarters is a once-in-a-lifetime opportunity and all of the lads are absolutely delighted.

“Having won the annual Premier League Schools Tournament Final and then retaining their title, this really is the icing on the cake for the team and is a day they will never forget.”

Andrea Cooper, head of the Liverpool FC Foundation, commented: “This is a really special day for Plantation Primary and is a thank-you for representing the club so well in the Premier League Schools Tournament.

“They worked so hard to retain their title. Today is a memorable day for all of the players from Plantation Primary and to be able to meet the likes of Jürgen Klopp and Jordan Henderson is absolutely brilliant for the lads.”