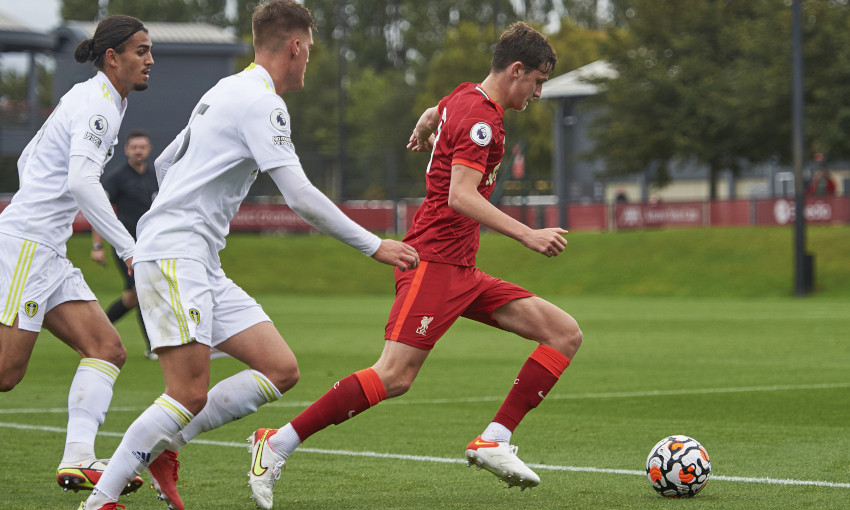 Liverpool U23s were beaten 4-0 by Leeds United in their Premier League 2 fixture at the Academy on Sunday afternoon.

Barry Lewtas’ side suffered their second loss in the division this season as goals from Joe Gelhardt (two), Amari Miller and Pascal Struijk gained three points for the visitors.

Having seen the seniors and the U18s clinch victories on Saturday, the U23s kicked off hoping to complete a treble and bounce back from their defeat at Tottenham Hotspur last week.

The hosts found themselves up against a powerful Leeds line-up, however, and fell behind with 13 minutes on the clock.

After the away team snatched possession in the middle of the park, Gelhardt spotted a chance to try his luck from around 45 yards with Marcelo Pitaluga out from his goalline.

The Liverpool goalkeeper got a touch to the Leeds man’s attempted lob but could not prevent the ball from finding the net for 1-0.

A crucial block by Tony Gallacher later stopped a potential second as Sean McGurk spun in the box, before the Reds came close to an equaliser. 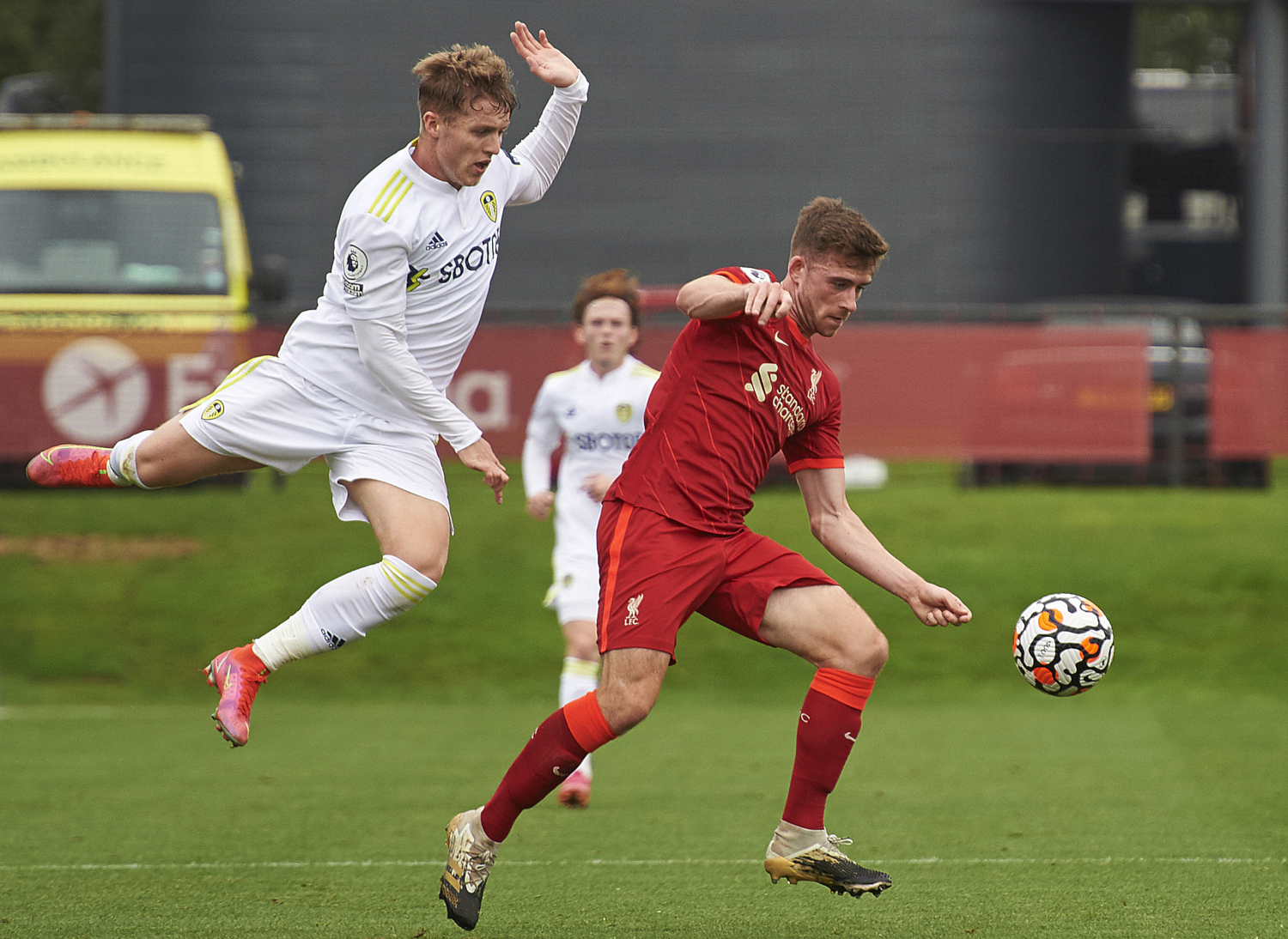 Billy Koumetio dispatched a pass over the top of the opposition defence for Tyler Morton to run on to and the midfielder’s own attempt at a lob drew an excellent save from Kristoffer Klaesson.

And Leeds instead doubled their lead in first-half stoppage time, Gelhardt making ground along the right flank and teeing up Miller to beat Pitaluga from a tight angle.

Lewtas sought to freshen things up by introducing both Morgan Boyes and Elijah Dixon-Bonner from the bench at the outset of the second half.

The latter almost helped to reduce Liverpool’s arrears on 52 minutes as his free-kick from the left was flicked on to an unmarked Koumetio, who headed over from close range.

Pitaluga made a brilliant save to keep out Stuart McKinstry’s volley as the hour mark arrived, but Leeds were celebrating again within seconds – Struijk headed home from the resulting corner to stretch their advantage to 3-0.

Next, Gelhardt repeated his trick from the first half with an outstanding long-range strike into the top corner, this time from a distance of 35 yards.

Mateusz Musialowski could have registered a consolation for Liverpool when found in space by James Norris’ cross but dragged his effort wide of the goal.

And the Reds were grateful to Pitaluga for denying the visitors a fifth from the penalty spot. Gelhardt was fouled by Boyes inside the box but saw his kick stopped by Pitaluga to keep the deficit to four on a frustrating day in Kirkby.