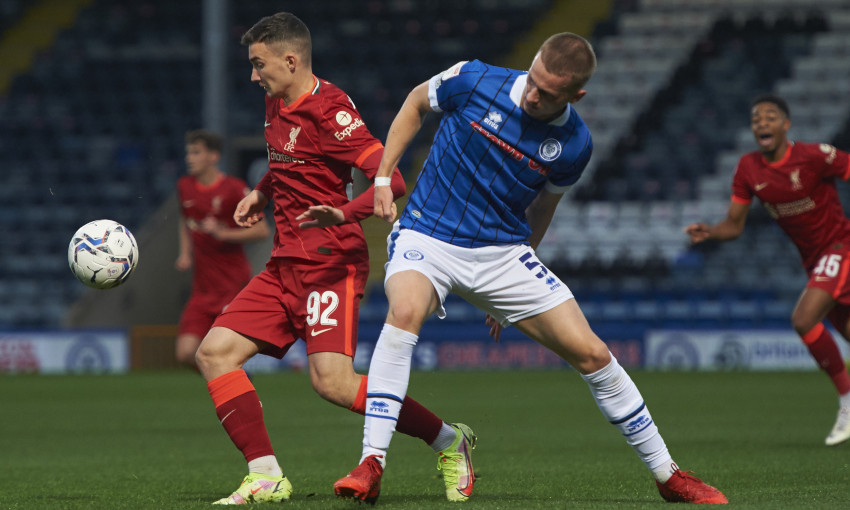 Liverpool U21s were beaten 4-0 by League Two side Rochdale in their opening group-stage fixture of the Papa John's Trophy on Tuesday night.

Liam Kelly’s pinpoint 33rd-minute strike separated the sides during an opening half in which the young Reds enjoyed repeated spells of attacking and possession superiority.

Rochdale strengthened their advantage in the tie at Crown Oil Arena four minutes after the break as Corey O’Keeffe won and then converted a penalty.

O’Keeffe blasted in his second and Rochdale’s third of the evening, before Josh Andrews added a fourth to seal a scoreline that did not fully reflect the visitors’ commendable display.

Liverpool had clicked into an assured and confident rhythm from kick-off and soon went close twice in quick succession.

First, Tyler Morton struck a dipping shot from around 25 yards out that was central enough for the goalkeeper, though needed a careful tip over the crossbar nevertheless.

When the resulting corner was cleared by Rochdale to the waiting Matteo Ritaccio at the edge of the area, his crisp low drive whistled just the wrong side of the right post.

The Reds’ early momentum was marred by the sight of Fidel O’Rourke pulling up with an injury on the quarter-hour, the forward having to be replaced by Mateusz Musialowski.

Still, the visitors were doing practically everything but put the ball in the net, with a slick passing move midway through the half seeing Jack Bearne deftly beat Max Taylor inside the box only to fire his finish too high.

A warning was served at the other end moments later, however, as Kelly whipped an effort from 20 yards that needed strong palms from Liverpool ‘keeper Harvey Davies to repel.

Max Woltman was inches away from finding the bottom corner with his clip over the outrushing ‘keeper from Luke Chambers’ clever pass into the area. 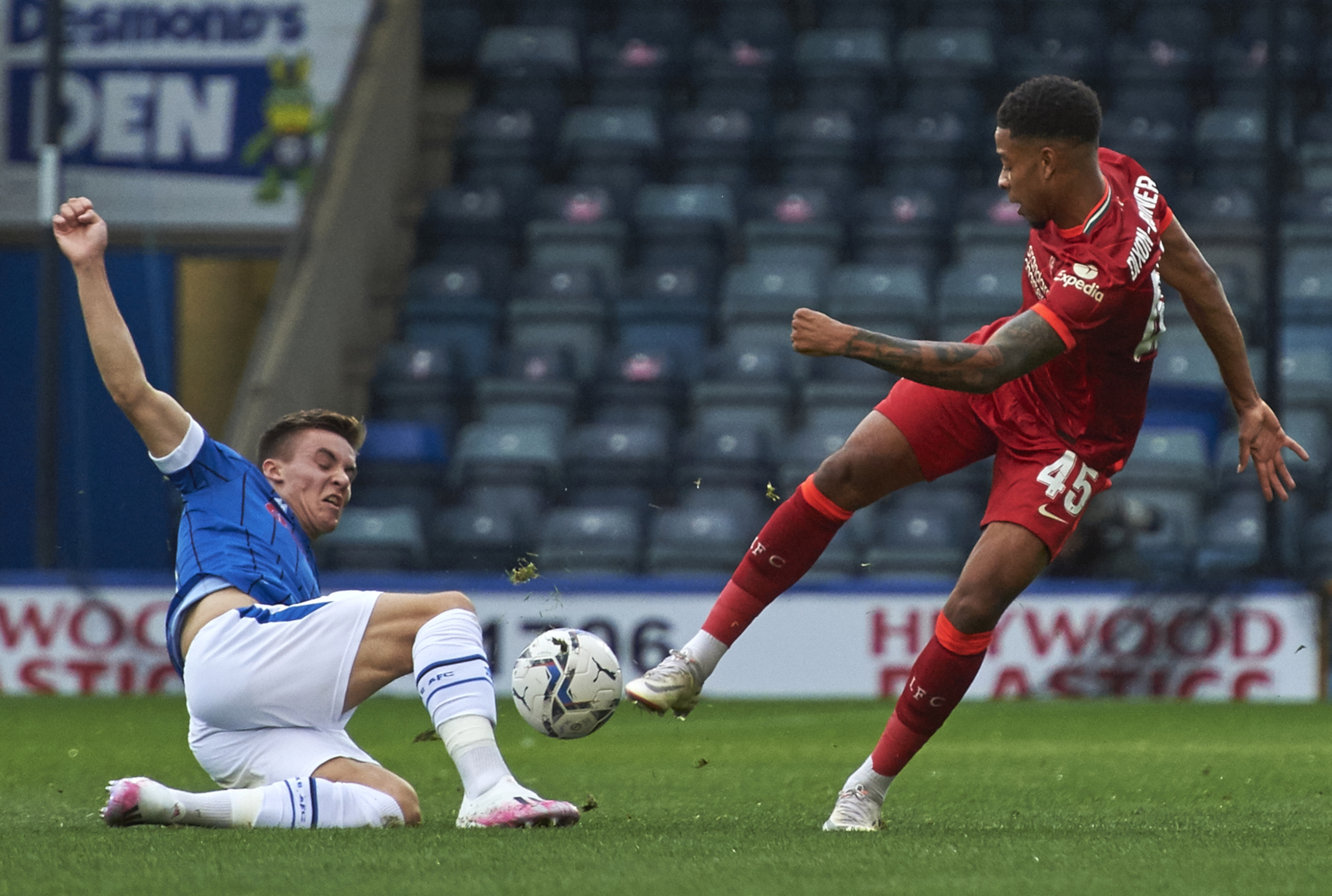 And Rochdale swiftly made the Reds pay for their missed chances; Tom Clayton’s poked clearance to halt an attack came to Kelly, who emphatically swerved a shot beyond Davies.

The hosts almost doubled their lead with the final kick of the half but Taylor could only divert Kelly’s left-wing corner onto the post from close range.

It would prove a short respite for Liverpool, though.

With 49 on the clock, Chambers was judged to have illegally obstructed O’Keeffe as he attacked the byline and the Rochdale man stepped up himself to guide the penalty into the left side of the net as Davies dived in the other direction.

Musialowski went direct in the search for a way back into the contest when he let fly from long range, his effort swerving in the air but being pushed out by Joel Coleman.

The home side perhaps should have bagged a third at the three-quarter mark of the game, Conor Grant harmlessly scuffing his shot when found in space in the box by O’Keeffe.

Rochdale did turn their increasing ascendancy into goals as full-time neared.

O’Keeffe provided the third by powering in off the right flank and swiping a fierce finish across the reach of Davies, and Andrews found the same corner from a similar angle six minutes later to consign the Reds to a harshly heavy result.