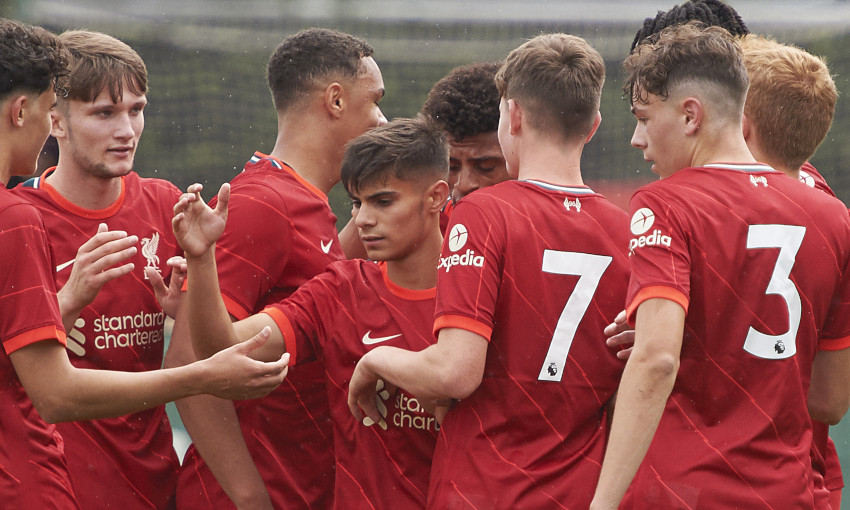 Oakley Cannonier scored a hat-trick as Liverpool U18s won 5-0 away at Manchester United on Saturday morning.

Luca Stephenson and Terence Miles were also on the scoresheet as Marc Bridge-Wilkinson's side recorded an emphatic victory over their rivals.

Cannonier, who also netted twice in last weekend's season-opening win against Stoke City, fired the young Reds in front inside the first 11 minutes.

Stephenson then doubled the visitors' advantage just past the half-hour mark, and Cannonier racked up his treble midway through the second half to establish a commanding lead.

Miles added a fifth for Liverpool on 74 minutes to wrap up a memorable day for the U18s.

"It was a great team performance and I was really happy with the boys," Bridge-Wilkinson told Liverpoolfc.com.

"I was delighted for Oakley to get his hat-trick and Harvey Blair to get 45 minutes. Both of them had injuries last season so it's great to see them back.

"We scored some great goals and there were some really good individual displays as well."