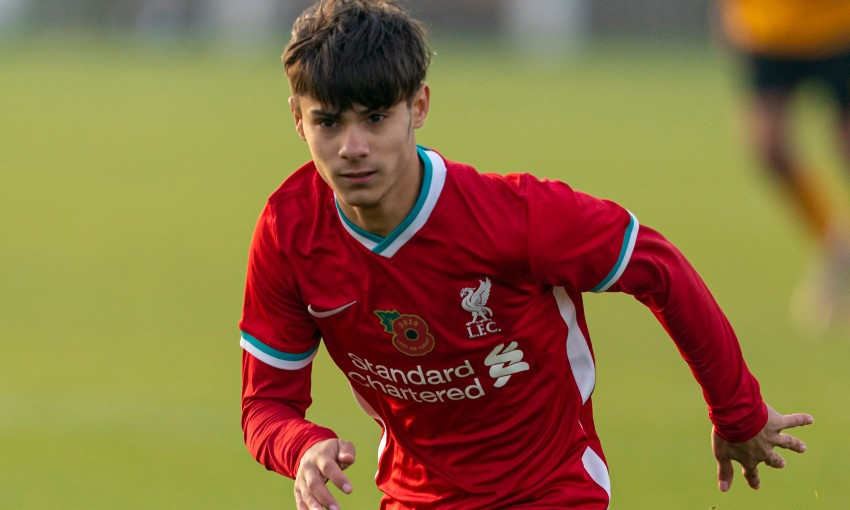 A hat-trick from Oakley Cannonier swept Liverpool U18s to a 3-0 victory over Chester FC in their latest pre-season friendly at the Academy.

A young Reds side containing several U16s played the 60-minute match on Saturday.

Cannonier, 17, took the honours with all three goals, two coming from the penalty spot, while the forward - who signed his first professional contract with the club earlier this summer - also hit the crossbar with a header.

Liverpool dominated possession but it took 20 minutes to break down a well-organised Chester side.

Melkamu Frauendorf unlocked the door with his clever pass picking out a darting run from Cannonier, who finished confidently on the turn.

Four minutes later, Cannonier had his second. He moved onto a fine pass from the influential Luca Stephenson and was felled in the box, picking himself up to finish easily past the goalkeeper from the penalty spot.

Midfielder Terence Miles rattled the bar with a fine shot from distance to bring the half to a close.

The second half was just two minutes old when the Reds stretched their lead and Cannonier completed his hat-trick.

Stephenson made yet another run into the box and was clipped, the player trying to stay on his feet but eventually succumbing to gravity. Cannonier stepped up and converted the spot-kick with a minimum of fuss to earn himself the match ball.

He almost had a fourth, turning Stephenson’s cross against the bar, before later heading a fine cross from Luke Chambers just past the post.

Stephenson had the ball in the net only to be denied by the assistant referee's flag while the Chester 'keeper also pulled off a fine reaction save from the midfielder to keep the final score to three.