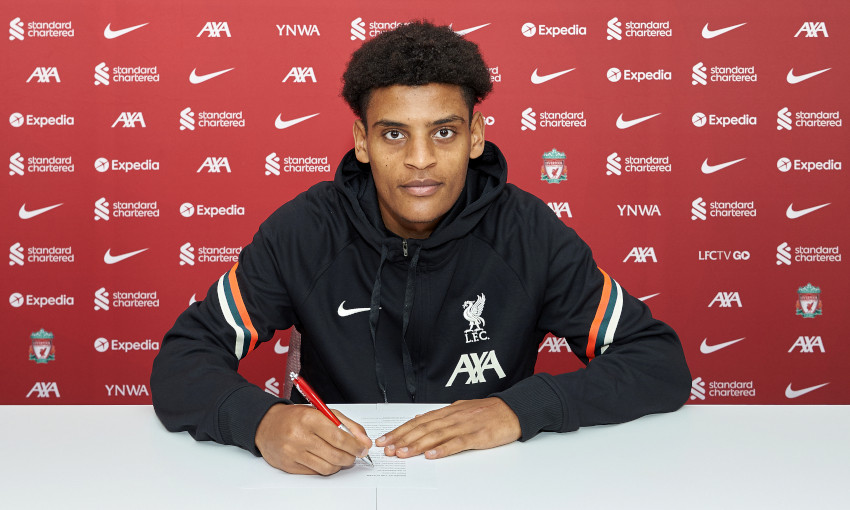 The 17-year-old joined the Reds last summer from Hoffenheim in Germany and spent the season with the U18s squad.

An attacking midfielder with an eye for a goal and an ability to glide past opponents, Frauendorf played a role in some of the biggest moments of the Academy's 2020-21 season.

He opened the scoring in the first minute in a derby victory against Everton at Kirkby, before scoring the winner in the FA Youth Cup semi-final against Ipswich Town and grabbing another in the subsequent final defeat by Aston Villa.