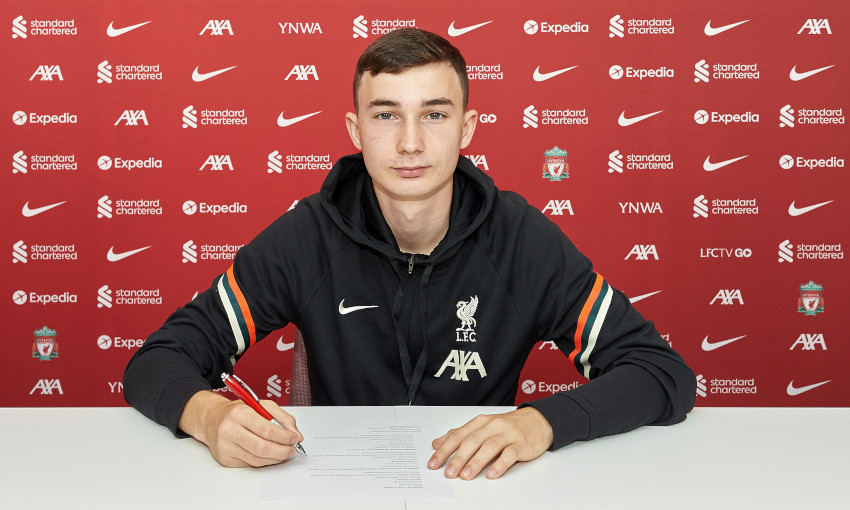 The 17-year-old Polish winger enjoyed an impressive first season for the Reds after joining from SMS Lodz in August last year.

Representing Marc Bridge-Wilkinson’s U18 side, his ability to travel with the ball and dribble past defenders soon caught the eye.

He scored his first goal for the club in November, against Leeds United at Melwood, and finished the season with 10 to his name.

That included a fine effort at Anfield against Arsenal in the FA Youth Cup quarter-final, a competition in which Musialowski also scored in the semi-final against Ipswich Town as the Reds reached the final.

A delightful jinking run and finish against Newcastle United earned him the U18 Premier League Goal of the Season award, too.