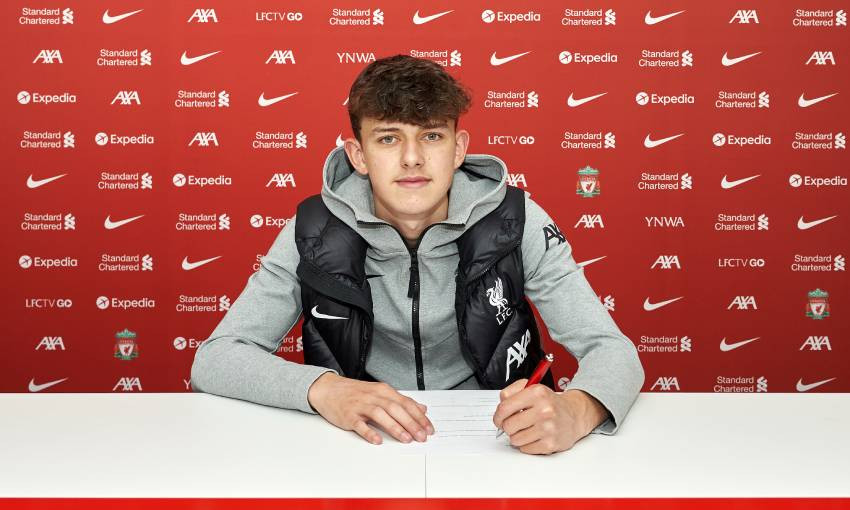 The 18-year-old is currently in Austria with the first-team squad as they begin their build-up to the season ahead.

The Wales youth international will be hoping to follow up on an excellent 2020-21 campaign, which he spent with Barry Lewtas’ U23s squad.

Operating at left-back, Beck impressed with his ability to get forward and impact play in the final third of the pitch.

Highlights included a hat-trick of assists against Tottenham Hotspur at Kirkby in December and an outstanding late winner over Brighton & Hove Albion in April, a game in which he also set up two goals.

Beck joined the Reds at U13 level, progressing through the ranks before signing his first professional contract last year.