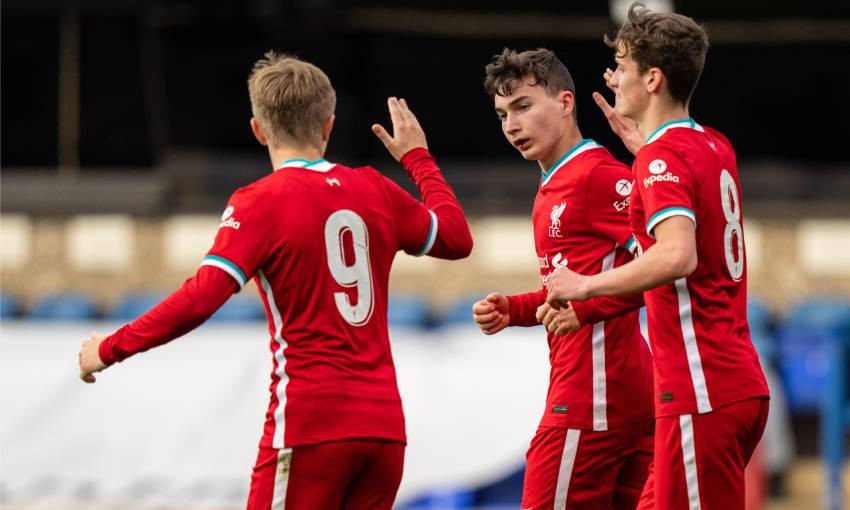 Liverpool U18s reached the final of the FA Youth Cup after producing a 2-1 come-from-behind victory at Ipswich Town on Wednesday evening.

The young Reds recovered in the last-four tie after the hosts took the lead through Edwin Agbaje in the second minute of first-half stoppage time at Portman Road.

Mateusz Musialowski restored parity with a deflected strike before Melkamu Frauendorf came off the bench to net the winning goal nine minutes from time.

Liverpool, four-time winners of the prestigious competition, will face either Aston Villa or West Bromwich Albion in the showpiece later this month. 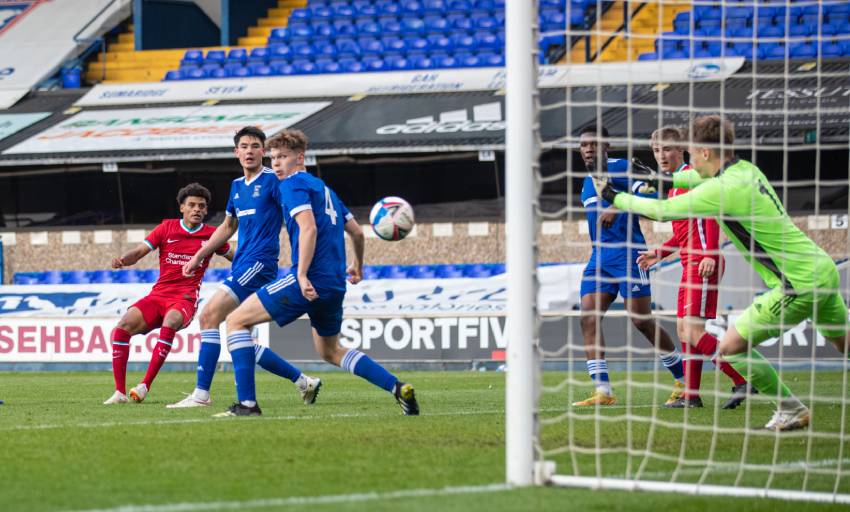 Marc Bridge-Wilkinson's side saw off a strong start from Ipswich to take control of the opening 45 minutes, though they were unable to find a breakthrough.

Musialowski came closest for the Reds but was denied by goalkeeper Lewis Ridd on two occasions.

And they were hit right on the stroke of half-time when the deadlock was broken by Agbaje.

The Ipswich right-back made a late dart into the box to meet Liam Gibbs' cross and send it towards goal with a downward header. The ball struck Harvey Davies and then the crossbar before being ruled over the line.

Liverpool, to their credit, responded brilliantly after the interval.

Max Woltman could've equalised two minutes after the restart but fired over, having been sent through on goal by Tyler Morton.

Then Conor Bradley was unable to hit the target after James Norris' cutback made its way to the No.2.

But the pressure finally produced an equaliser in the 63rd minute.

In the aftermath of Morton's clipped free-kick into the box, Musialowski hit a shot towards goal, with the strike deflecting off Cameron Stewart and wrong-footing Ridd. 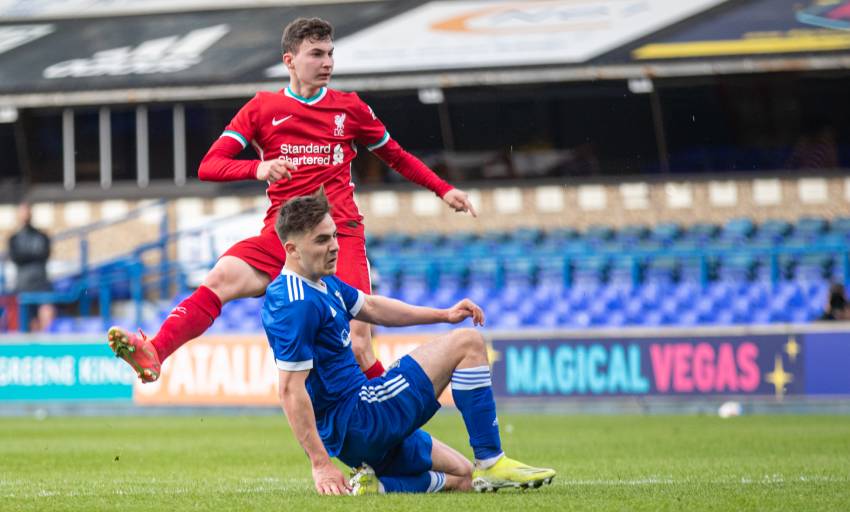 The goalscorer was then withdrawn a short while later for Frauendorf, who made an instant impact.

With his first touches, the midfielder charged towards the Ipswich area, pounced on a loose ball and then unleashed a shot at goal. Ridd got a glove on the powerful strike but was unable to stop it from hitting the back of the net.

Frauendorf was denied a second four minutes later by the firm hand of Ridd, but his goal was enough to secure the Reds' passage to the final.