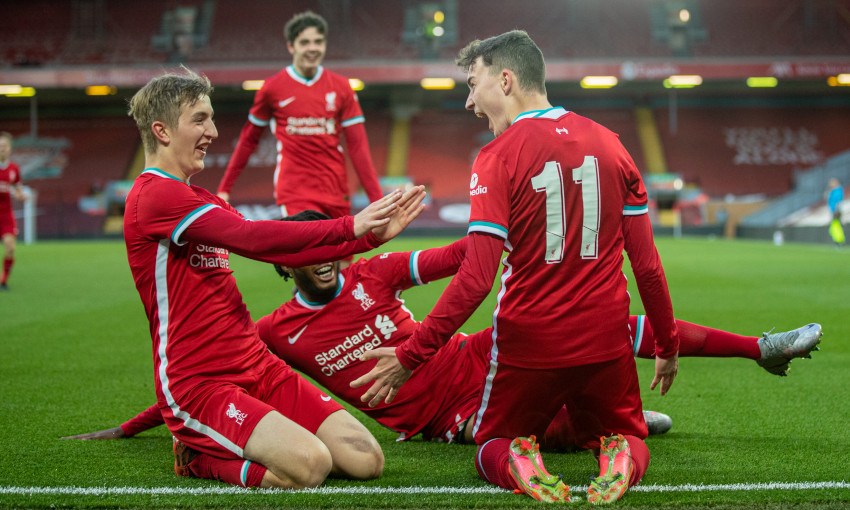 Liverpool U18s moved into the FA Youth Cup semi-finals with an impressive 3-1 win over Arsenal at Anfield on Friday night.

First-half goals from Max Woltman and James Norris – the latter from the penalty spot – established a lead that was increased by Mateusz Musialowski’s cool finish at the Kop end after the break.

Miguel Azeez responded for the Gunners with a penalty and forced the Reds to withstand late pressure, which they did successfully to book their place in the last four.

Marc Bridge-Wilkinson’s side will now face Ipswich Town away from home in the semi-finals next month as they continue their quest for the club’s fifth triumph in the prestigious tournament.

Arsenal settled into the more comfortable rhythm during an opening quarter-hour that passed by without a real goal threat at either end.

Musialowski looked to raise the tempo of the Reds’ football with a well-struck drive from 25 yards that whistled several yards too high of the Gunners goal.

But the home side stylishly played through their opponents just moments later. 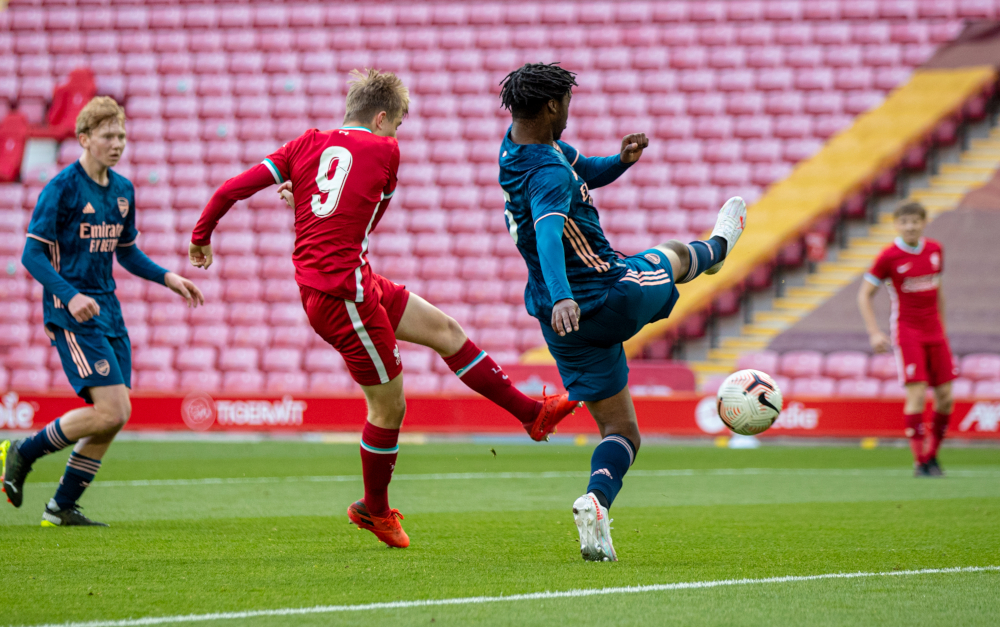 Conor Bradley’s deep cross from the right edge of the penalty box picked out James Balagizi, who intelligently nudged a cushioned header into the middle for the arriving Woltman.

There was still work to do for the Liverpool No.9 as the ball came his way, but he clinically dispatched a left-footed finish into the bottom right corner for 1-0.

Arsenal soon resumed their steady, effective passing football, though, and Harvey Davies was required to keep them out as the half-hour mark arrived.

The influential Azeez moved into a shooting position off the left wing and his effort turned troublesome when it deflected off Billy Koumetio en route, needing to be palmed away from the net by Davies.

It proved an especially important intervention when the Reds doubled their lead shortly after.

Dominic Corness’ surge into the Gunners area along the right was followed by a firm strike on the angle that was pushed away by goalkeeper Ovie Ejeheri.

From the ensuing scramble for the loose ball, Azeez clattered into Tyler Morton and the referee awarded Liverpool a penalty which Norris confidently stroked home.

The visitors again began the brighter when the second half got under way – but once more, it was the hosts who found the clinical attack.

Balagizi won possession in his own half, showed strength to keep it and then carried the ball forward to slip an assist into Musialowski at his left.

The latter sped into the Arsenal box, chopped inside Alex Kirk and placed a precise finish back across Ejeheri into the opposite corner in front of the Kop. 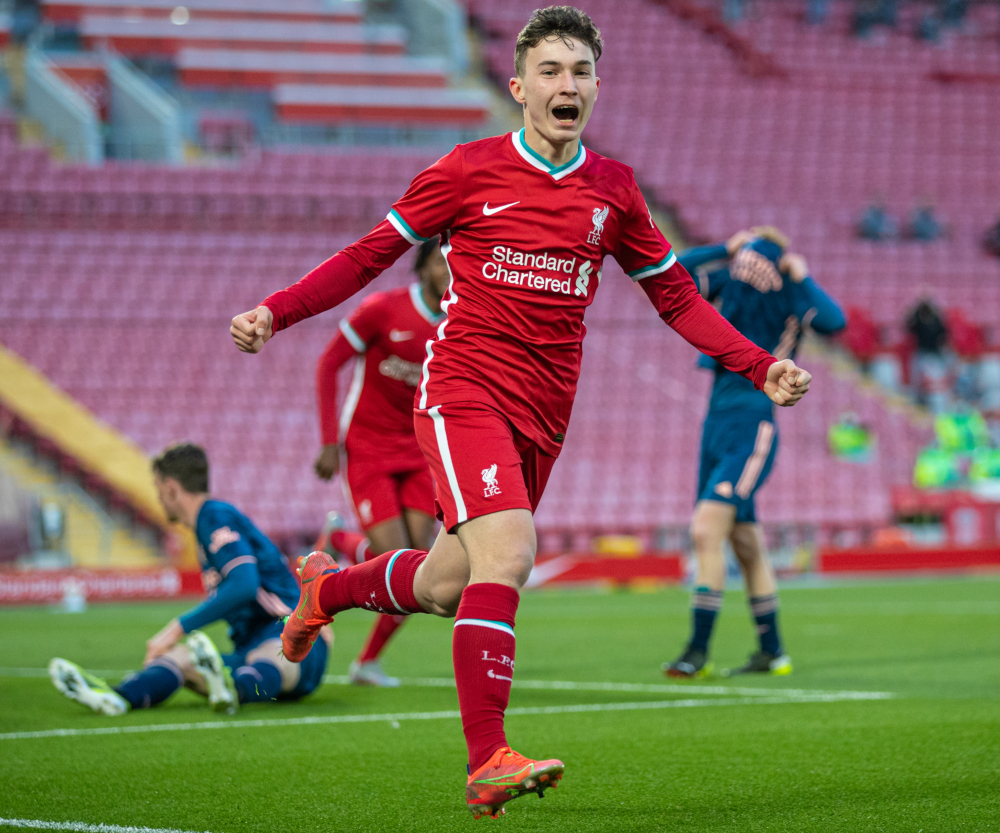 The Gunners refused to let their heads drop, however, and launched a sustained period of pressure that brought them back into the tie.

Marcelo Flores had already fired over the crossbar from a promising position and Davies had stretched to tip away a threatening hit by Kido Taylor-Hart, when they won their own penalty.

Koumetio fouled Khayon Edwards as the Reds centre-back attempted to cut out a cross from the right, allowing Azeez to step up and dispatch his kick high into the right of the net with around 25 minutes still to play.

Taylor-Hart emerged as a persistent threat along the left flank and Jarell Quansah had to step in to block his cross-shot after getting beyond Bradley in the box.

But Liverpool held firm as time slipped away from Arsenal and move forward to the Youth Cup semi-finals and a date with Ipswich in the coming weeks.