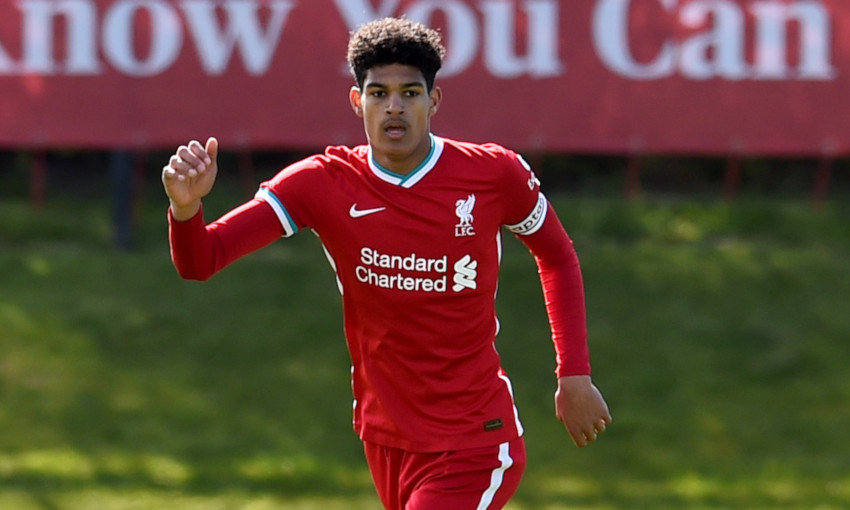 Getting the chance to play at Anfield is a dream come true for any aspiring footballer at the Kirkby Academy.

As Liverpool U18s prepare to take on Arsenal in front of the Kop on Friday night in the FA Youth Cup quarter-final, for captain Jarell Quansah it has been quite the journey.

The 18-year-old first arrived at the club at the age of five and has progressed through the ranks to U18 level.

Now he is set to proudly lead his teammates onto the famous Anfield turf for the first time, with a place in the semi-finals of the prestigious competition at stake.

"It's one of the biggest moments of mine and the other lads' careers so far," Quansah told Liverpoolfc.com. "Just to get the chance to play there, this experience is going to be unbelievable.

"This is what dreams are made of and it gives me a great feeling.

"Playing under the Anfield floodlights against Arsenal – the history of the two clubs is so big – is going to be special and it should be a good game to watch."

Marc Bridge-Wilkinson's side have been great entertainers this season and are the leading scorers across two sections in the U18 Premier League.

The young Reds have hit 84 goals in just 26 games in all competitions, with their defensive record also excellent.

The FA Youth Cup team has seen the likes of Billy Koumetio and goalkeeper Harvey Davies play key roles during the run to the last eight.

The defensive qualities of the team were in evidence when they held off the challenge of Manchester United to record a 1-0 win in the fourth round, despite playing with 10 men. Then in the following round, Davies made some crucial saves in a 5-1 victory over Leicester City. 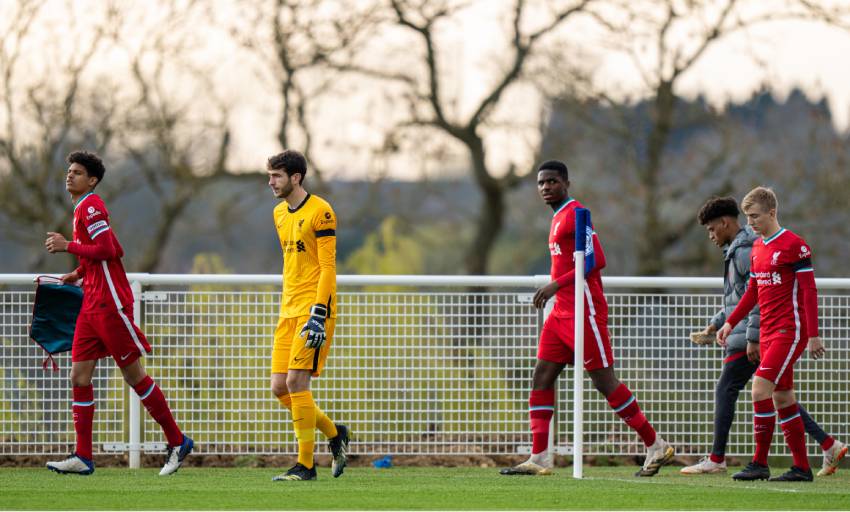 "This team is unbelievable to play in," Quansah added. "We don't concede that many goals and we've scored the most in the league.

"I've played alongside Harvey since a young age, so seeing him get his opportunity and how well he is doing, it's so good to see.

"You can score as many goals as you want but if you don't keep them out at the other end you are not going to win many games, so we will just try to keep it as tight as we can.

"If we can only get one goal, then – as we showed against Manchester United – we can do that and keep them out.

"You love to see us keeping the ball and dominating all the time, but sometimes it can't happen. United threw the kitchen sink at us but we got through that and it was quality from all the boys.

"It was tough against Manchester United, trying to hold out for the 1-0 with 10 men, but the boys showed our togetherness and we beat Leicester City, who are a good side, in the last round convincingly."

Quansah has also enjoyed the extra responsibility handed to him with the captain's armband this season and is determined to repay the manager's faith.

"I've worked with Bridgey for three or four years now and he is a great manager and he has been a big help for me and the boys," he said.

"Getting that role has helped me a lot during this season and I've tried to help the younger lads coming into the team as well.

"I know some people get nervous but I'd like to think I'll be calm and collected on Friday night. So I will be doing my best to help the lads in the dressing room before we go out onto the pitch.

"In games like these you can't play the occasion, so we need to keep a level head. Obviously we will be up for the game at the same time, but we've got to take every game as it comes."