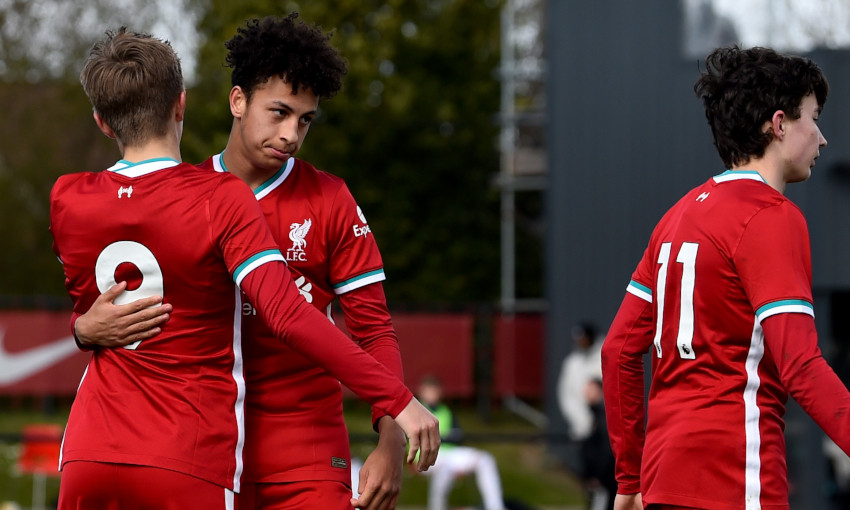 Kaide Gordon's double inside the opening 24 minutes was emulated by Max Woltman's brace in the first 10 minutes of the second half.

A Leeds own goal had earlier compounded the young Reds' lead and Mateusz Musialowski wrapped up the scoring shortly before full-time.

Woltman was denied a hat-trick when he hit the crossbar and James Balagizi also had a penalty saved, as Liverpool climbed to second in the U18 Premier League North.

Reflecting on the victory, U18s boss Marc Bridge-Wilkinson told Liverpoolfc.com: "The lads played really well and it was a pleasing performance.

"Max was unlucky not to get his hat-trick but it was nice to see him and Kaide scoring two each again after they did the same in midweek against Wolves."