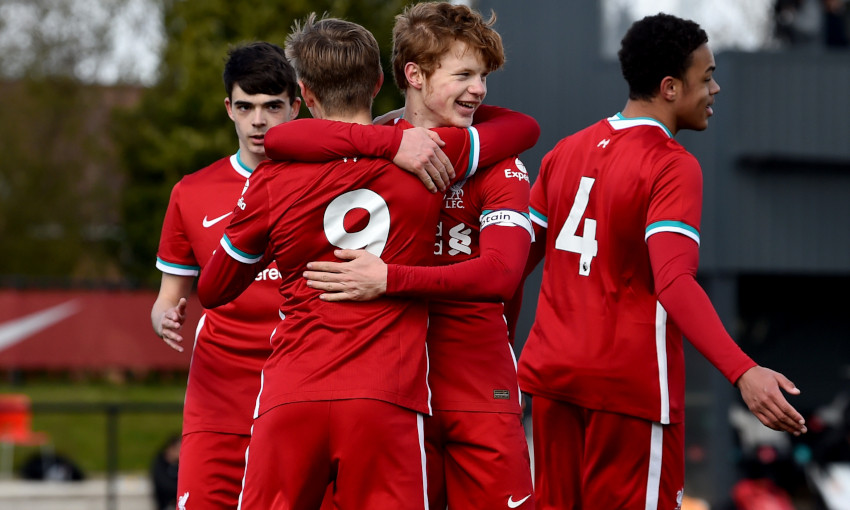 Max Woltman had signed off a first half packed with goalscoring chances – personally and collectively – with a precise finish to give the young Reds a lead.

But Wolves levelled just five minutes into the second period through Owen Farmer and enjoyed the better of the action in the aftermath.

Marc Bridge-Wilkinson’s side rallied again, however, and secured maximum points from the U18 Premier League contest through two strikes, one a penalty, by Kaide Gordon – his first for the club – either side of another from Woltman. 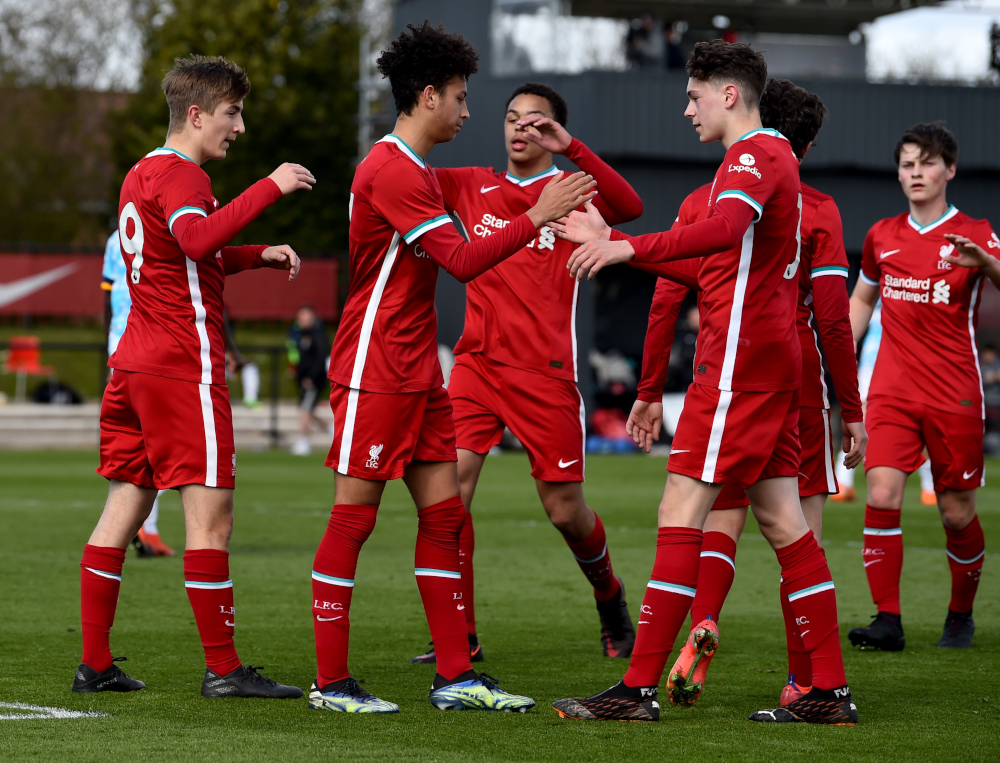 The early shadowboxing in Kirkby was followed by a catalogue of Liverpool chances.

Their first came in the seventh minute as Luca Stephenson’s intelligent press high up the pitch forced Wolves to cede possession to the lurking Woltman.

He tucked a reverse pass back into Stephenson’s advance into the area, but the No.6 harmlessly miscued his attempted finish.

Woltman himself was then unable to connect sufficiently with a volley when picked out inside the box by an inviting Sean Wilson cross.

Next Wilson opened up the visitors from a deeper position, threading a ball through for Gordon to bear down on goal from the right channel. But the attacker scuffed his effort and Wolves cleared.

A minute later, Wilson was at it again, delivering a sumptuous right-wing cross to the far post, where Woltman nudged the ball at goal from point-blank range and was stunned to see opposition goalkeeper Palmi Arinbjornsson block it.

LFCTV GO: Watch the best of the Wolves action

The same Liverpool pair combined shortly after the half-hour mark, Woltman this time glancing a header narrowly wide of the upright from Wilson’s floated cross.

The Woltman v Wolves subplot continued when the Reds forward could only guide a low hit straight at Arinbjornsson at the end of a counter-attack led by Gordon.

But he was undeterred and handed the hosts a deserved lead on the stroke of half-time.

Dominic Corness was brave and strong in the challenge outside the Wolves box and when the ball spun to Woltman, he cracked a clinical low finish home from the edge.

Bridge-Wilkinson’s charges began the second half confidently and went close to quickly doubling their advantage within two minutes of the restart.

A flowing team move turned dangerous when Luke Chambers exchanged passes with James Balagizi at the left corner of the area and stepped inside to shoot – but his right-footer towards the far corner dropped the wrong side of the post.

And, instead, the away team bagged an equaliser moments later.

Liverpool surrendered possession in their own half and Lee Harkin slipped half-time substitute Farmer into a shooting spot. He made no mistake with a clip over Fabian Mrozek for 1-1.

Suddenly all the momentum was with Wolves, buoyed by their response and consistently finding the gaps to threaten further goals.

But the game took another significant twist as the Reds produced two quickfire moments of quality to regain control and secure the win, with Balagizi at the heart of both. 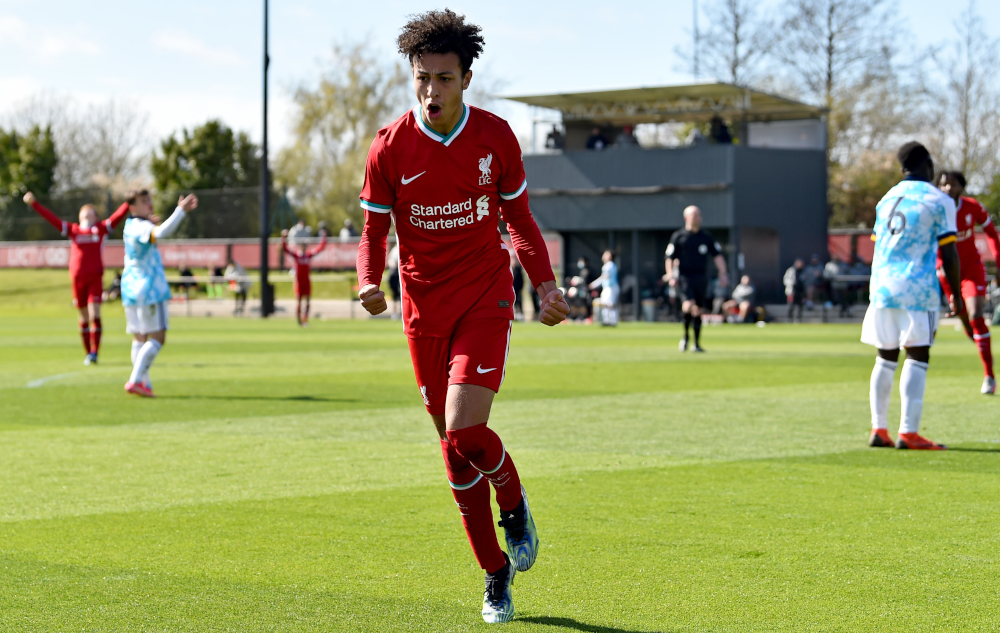 With 75 on the clock, the No.10 held the ball 20 yards from goal before picking out Gordon on the right-hand side, whose strike on the angle beat Arinbjornsson at his near post.

Woltman could have sealed it as his lofted finish landed on the roof of the net, though he was grateful to Balagizi for a much simpler conversion on 81 minutes.

Balagizi won possession just outside the Wolves area, stepped past the final defender and eliminated the goalkeeper by rolling a pass sideways for Woltman to net.

And there was still time for Gordon to add a fourth – he calmly dispatched a penalty having been felled in the box himself to add a flourish to a fine victory.