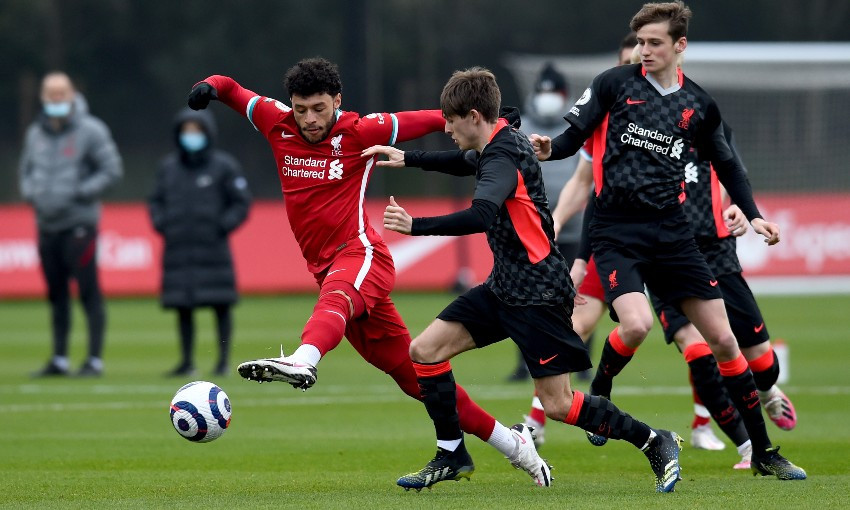 A dozen Academy hopefuls will benefit greatly from the ‘unbelievable opportunity’ that culminated in Saturday’s internal match at the AXA Training Centre, Barry Lewtas believes.

Having been selected by Alex Inglethorpe and Vitor Matos, 12 players from Liverpool’s youth set-up took part in training sessions with a handful of the Reds’ senior contingent before playing in an 11v11 game at the weekend.

Several members of Lewtas’ U23s squad were involved in the process, and he thinks that the experience will prove invaluable for the youngsters.

“Obviously knowing those boys, I have an idea on how conscientious and committed and dedicated they are. I’m sure they will look at the game as a fantastic opportunity,” Lewtas told Liverpoolfc.com.

“It’s a little bit of a taste of working with the first-team staff and obviously the manager, which is good, so they have got to hear certain things from the horse’s mouth. They might start believing me a little bit more when I tell them little bits now!

“Obviously the senior players that played in the game are top professionals who have done an awful lot in the game so we’re really fortunate that when our boys go up there, they’re not just able to learn off the staff but they will have learnt an awful lot off the players as well.

“What the Academy is about is trying to make sure that we get as many boys as possible the best opportunities at the right time, and certainly the last week has been an unbelievable opportunity.” 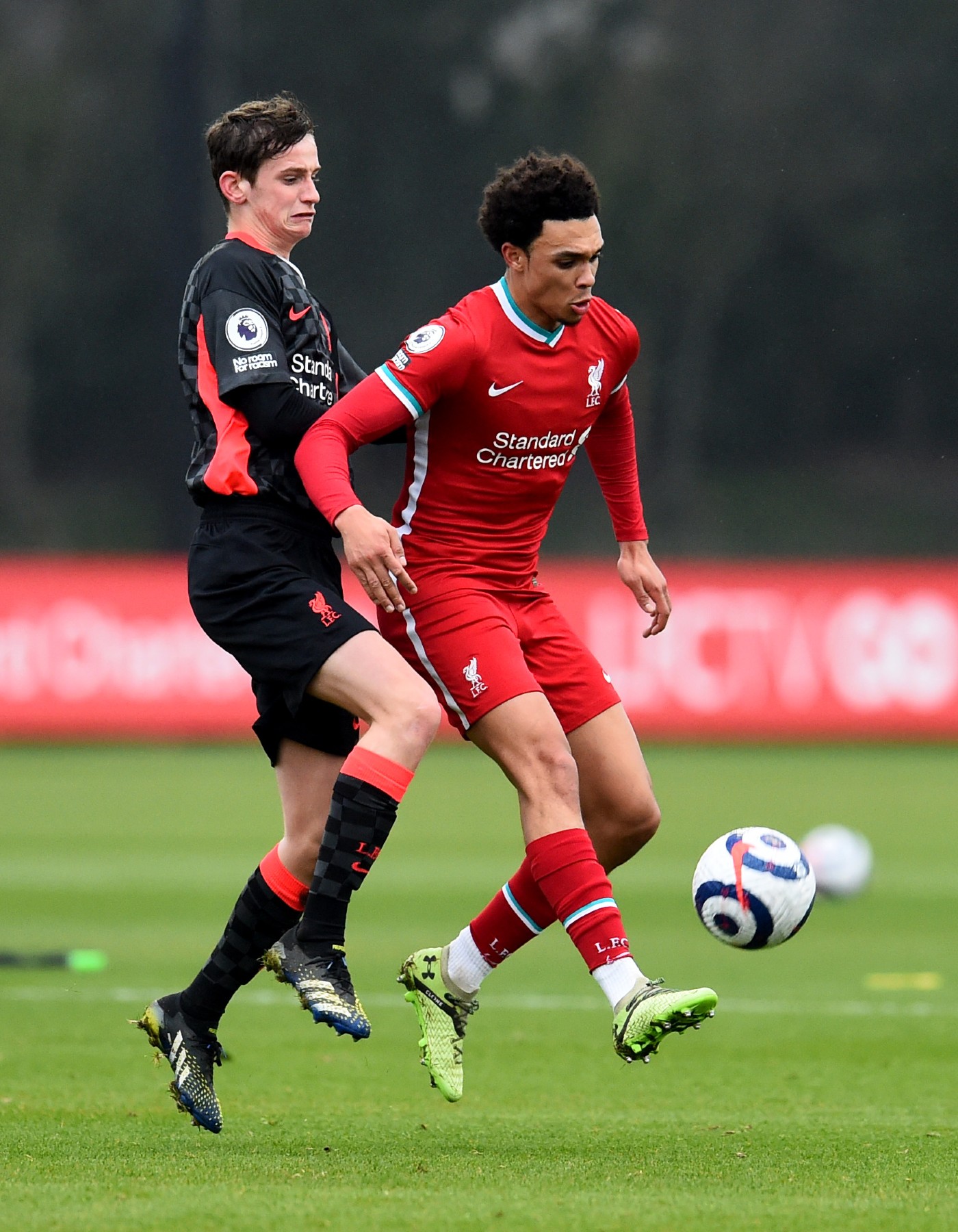 Saturday’s contest, which ended 5-1 to the red team, represented a chance for the young players to impress Jürgen Klopp and his coaches up close in a live match scenario.

Lewtas continued: “We’re unbelievably fortunate here in terms of the strong link we have between the first team and the Academy, so the manager and his staff are always watching.

“They watch games in the flesh if they can and if not they watch the games back on video and obviously there is a lot of communication between the staff on both sides of the building. So it’s a fantastic opportunity for the boys to see it but eyes are always on them and they never quite know when the next opportunity will come.

“And obviously there has been a few of them who have actually played for the first team this season as well. So it’s good for them to see it and feel it, but they’re always being watched.

“I haven’t spoken to the coaches for feedback as such but I’ve watched the full game back on video.

“I saw that Pep [Lijnders] spoke to the website afterwards and the chat I had before the game with Vitor was very similar to Pep’s words, on how positive the week has been and what an opportunity it’s been for the players and staff involved.

“It’s really good that we were able to get this done in this particular window, it’s a really good opportunity for staff and players.

“It’s international week so I will catch up with the lads who played over the course of the week.”

Good to get some minutes in yesterday and get a look at the young lads...the future is in good hands 👊🔴 #YNWA… https://t.co/A6ztrgJiXU

Ben Woodburn scored a hat-trick for ‘Team Red’, with Lewtas speaking highly of the Wales international, who has featured regularly for the U23s since returning from a loan period with Blackpool in January.

“Ben’s come back from his loan spell and been part of the U23s squad and he’s settled in well with the group. He’s actually captained the group,” he said.

“I’ve not spoken to Ben or the staff after the game yet but obviously to score three goals in any game is good so I’m really pleased for him and he’s just got to keep his head down and keep working hard.”