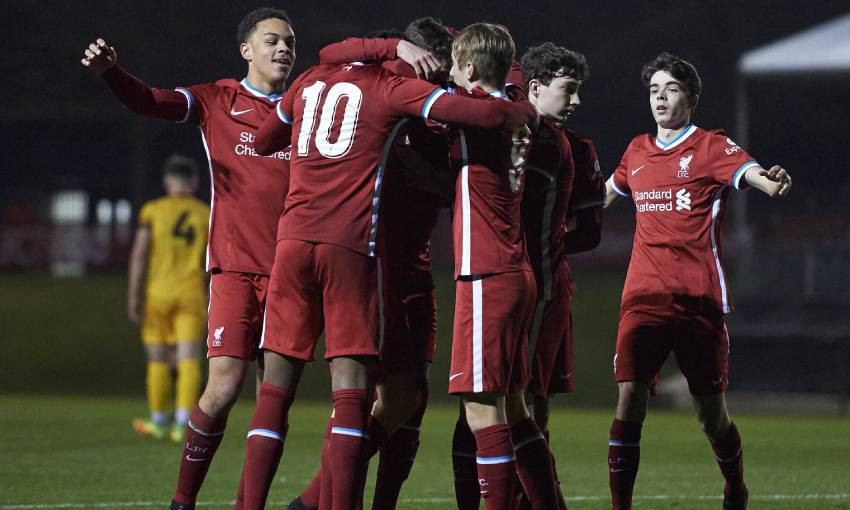 Liverpool U18s advanced to the fourth round of the FA Youth Cup after beating Sutton United 6-0 on Tuesday night.

A 22-minute hat-trick from substitute Ethan Ennis at the Academy helped set up a trip to Manchester United in the next stage of the prestigious competition.

Tyler Morton opened the scoring during the first half of the third-round tie before Mateusz Musialowski netted a quickfire double shortly after the break. 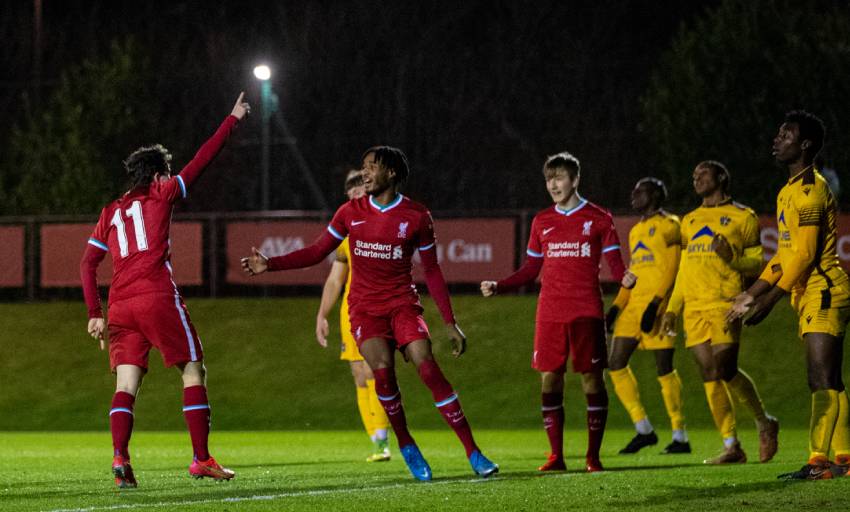 Marc Bridge-Wilkinson's side dominated the contest but it would take just over half an hour to make that pressure count.

Sutton were disciplined and determined at the back, with their goalkeeper Johnny Thurbin also frustrating the Reds.

In the 23rd minute, Thurbin pulled off a brilliant reactionary save to deny James Norris from close range, after the Liverpool full-back's driving run and link-up with James Balagizi.

But the stopper was beaten when Morton, with his back to goal, let the ball run across his body and unleashed an effort from distance that made its way into the bottom corner. 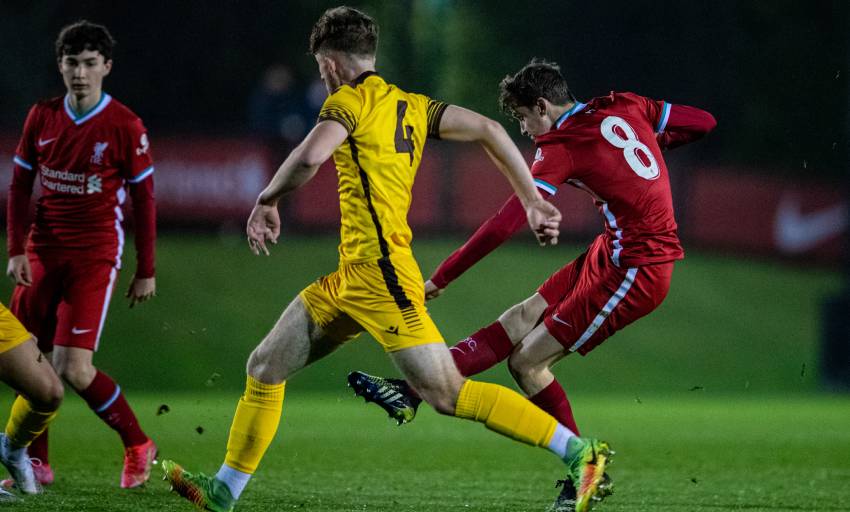 It could've been 2-0 at half-time had it not been for Thurbin's intervention to thwart Musialowski following a good move from the hosts.

Liverpool wouldn't have to wait long to add to their lead, however.

Isaac Mabaya was inches away from finishing off a sweeping counter-attack moments before Musialowski's goals in minutes 52 and 57.

Morton was provider for his first as the midfielder's pullback from near the left touchline found the sliding No.11, who poked the ball into the back of net.

The Pole was at it again when he followed up a blocked shot of his with a thrashed strike that left the 'keeper with no chance, putting the Reds well in control.

An unfortunate injury to Lee Jonas led to a reshuffling of the pack as the defender was replaced by Ennis, who quickly added his name to the scoresheet. 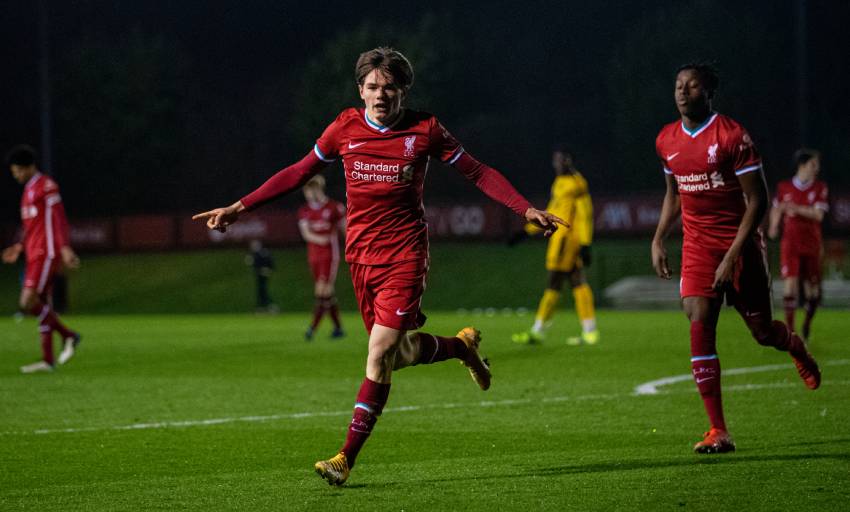 The striker rose high to nod in Norris' wonderful cross and then was in the right place at the right time to prod in a Mabaya ball into the box.

And completing his treble, Ennis picked up possession and drove towards the Sutton goal, finishing off his mazy run with a calm, low strike four minutes before the end of the 90.