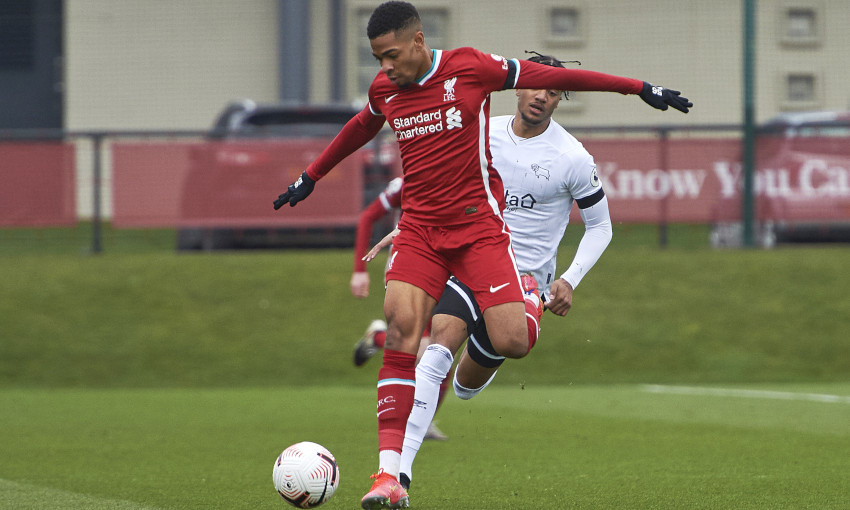 Liverpool U23s suffered a 4-1 home defeat against Derby County on a disappointing afternoon at the Kirkby Academy on Sunday.

The visitors struck three times during the first half of the Premier League 2 contest to leave the Reds with much work to do.

Derby then increased their advantage after the break, meaning Remi Savage’s late header represented only a consolation for the home team.

But it was Derby who broke through on 17 minutes as a low free-kick from the left evaded everyone and reached captain Jordan Brown, who fired home from beyond the back post.

They almost doubled that lead soon after, too. A long ball found Louie Sibley and his chip over the advancing Liam Hughes fell wide of the goalframe.

Neither team was able to find their rhythm and Liverpool’s threat was limited to a couple of long balls from Billy Koumetio which nearly found Layton Stewart.

Derby again threatened a second when Archie Brown’s ball in from the left eventually came to Jayden Mitchell-Lawson, but he put his effort just past the post.

The away side did, however, go on to net twice in the last 10 minutes of the half.

First, a Reds pass across the defence was intercepted by Tyree Wilson, who clipped the ball past Hughes. Then, from another Archie Brown delivery from the left, his low cross was turned in by a sliding Cameron Cresswell. 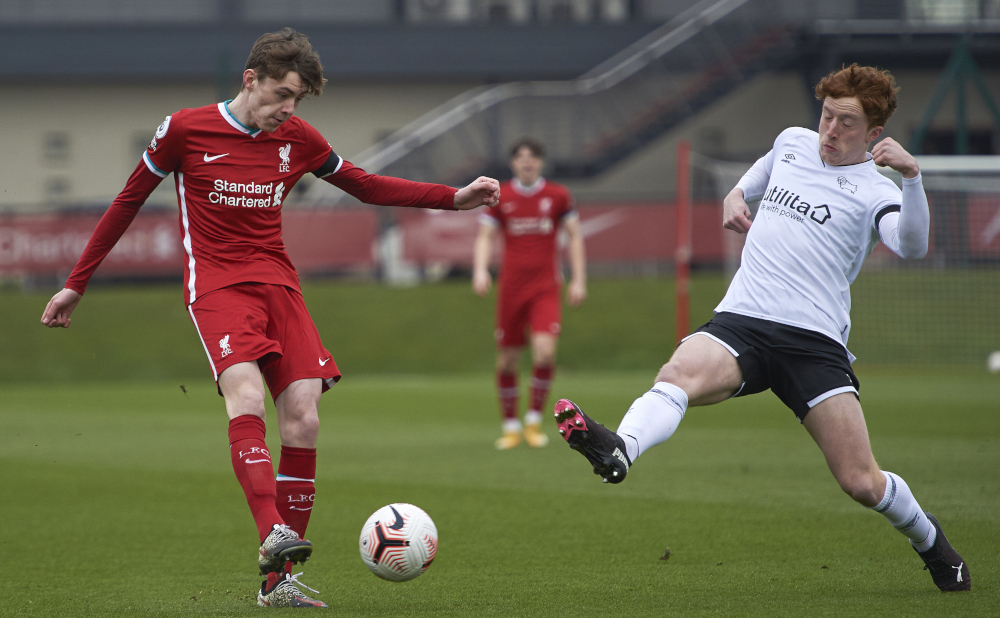 The second half began in similar fashion, with Sibley heading just over from Wilson’s precise cross from the left for Derby.

Liverpool’s best moment of the clash so far came on 55 minutes as Owen Beck’s superb cross from the left was headed against the bar by a stretching Stewart, before Cain’s follow-up was denied by a last-gasp block.

Their hopes of a comeback were further damaged, though, with Derby extending their lead to four midway through the period. A fine pass out of defence was dropped off to right-back Kornell McDonald, who rifled an effort home.

Conor Bradley was unlucky not to reduce the deficit, his low attempt somehow kept out by County goalkeeper Brad Foster’s leg after good play from Woodburn and Cain.

And the Reds finally made a mark on the scoresheet in the 73rd minute – substitute Savage heading home Tyler Morton’s assist at the back post.

Chances followed at both ends, with Bradley turning against his own post before Stewart fired straight at the ‘keeper after picking up a ball over the top, and Joe Hardy, on from the bench, was denied on the line after a good team move.

Both sides subsequently had goals ruled out for offside, but there was no way back for Liverpool.