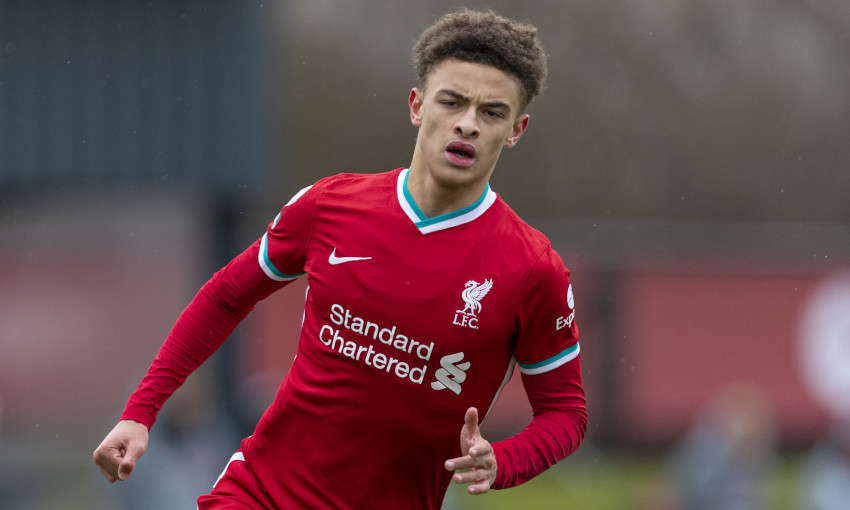 Liverpool U23s recorded a 5-1 win over Accrington Stanley in a friendly at the Academy on Wednesday afternoon.

A Joe Hardy double in the first half set the young Reds on course, before Fidel O’Rourke’s own brace sandwiched a Billy Koumetio goal in the second period.

The result added to the four goals Barry Lewtas’ team notched against Arsenal last weekend as they build up to a Premier League 2 meeting with Derby County on Sunday.

The visitors threatened to open the scoring initially, but Liverpool goalkeeper Harvey Davies made an excellent save from close range to keep it goalless.

And from there the home team took unassailable control of the contest, with Hardy finding the net twice in the space of 14 minutes before the interval.

The clock showed 17 when Ben Woodburn forged the breakthrough with an attack along the left wing; he squared for Hardy, who made no mistake.

And the striker repeated his clinical finish soon after, completing a clever one-two with Jack Walls on the opposite flank and guiding his shot home from an acute angle.

Lewtas’ charges made it three 10 minutes into the second half as a short corner saw Elijah Dixon-Bonner cross for O’Rourke to net.

At the three-quarter mark, Koumetio pounced to convert after Accrington had kept Hardy and O’Rourke at bay from Dominic Corness’ corner.

Max Woltman – who, along with Corness, was making his first appearance for the U23s – served up the fifth for O’Rourke to slot in at the far post.

The away team subsequently bagged a consolation but it was another pleasing afternoon’s work for the young Reds, who will now turn their attentions to the visit of Derby.