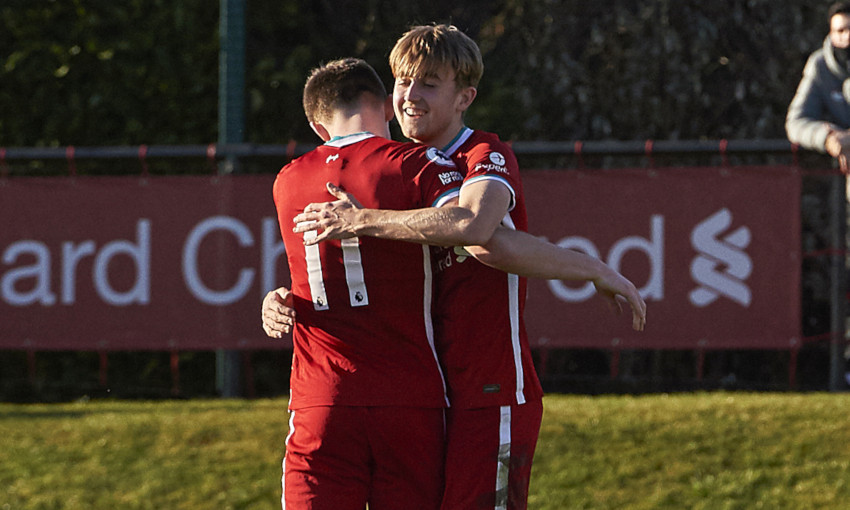 Having seen their U18s teammates defeat Everton with a last-minute goal earlier in the day, the elder group surged to an impressive result of their own in the afternoon.

Cain was at it again when play restarted for the second half, clipping his second goal into the bottom corner from Ben Woodburn’s assist two minutes in.

Woodburn soon added his name to the scoresheet – with a calm, clinical effort in keeping with the theme – to wrap up a fine performance by the home team.

Liverpool’s intention to press the Arsenal backline at every opportunity was evident from the outset, with Barry Lewtas and his staff urging the players to pen their opposition in.

And, after Elijah Dixon-Bonner had dragged a low shot wide from a clearance, the tactic worked to perfection to create an opening goal.

Woodburn closed down Gunners full-back Ryan Alebiosu on the touchline and forced him into a hurried pass into his own area that went straight to the lurking Stewart, who opened up his body and stroked a cool finish around the goalkeeper. 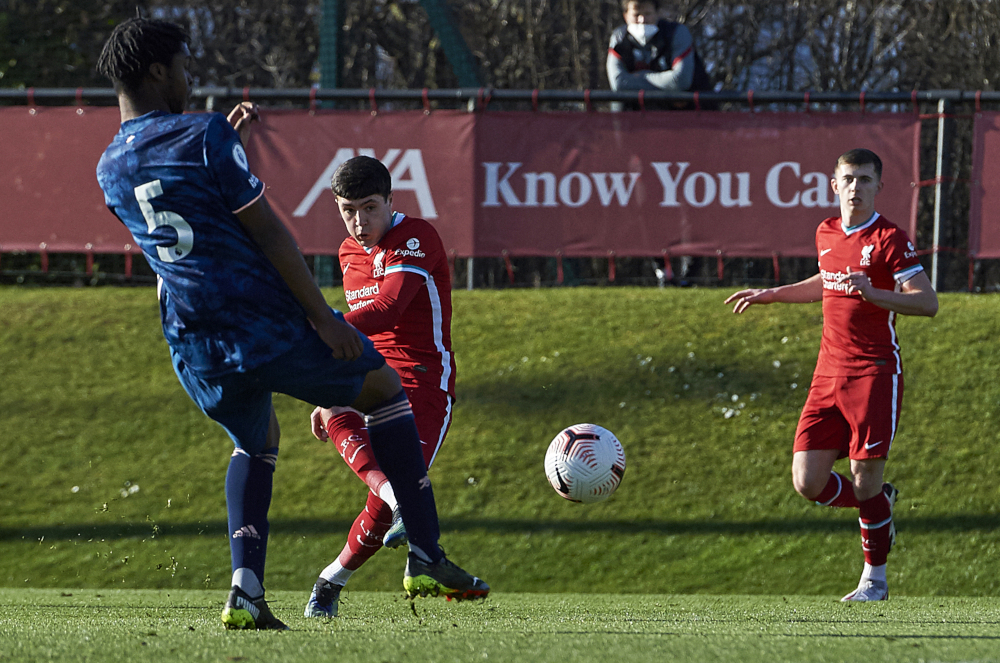 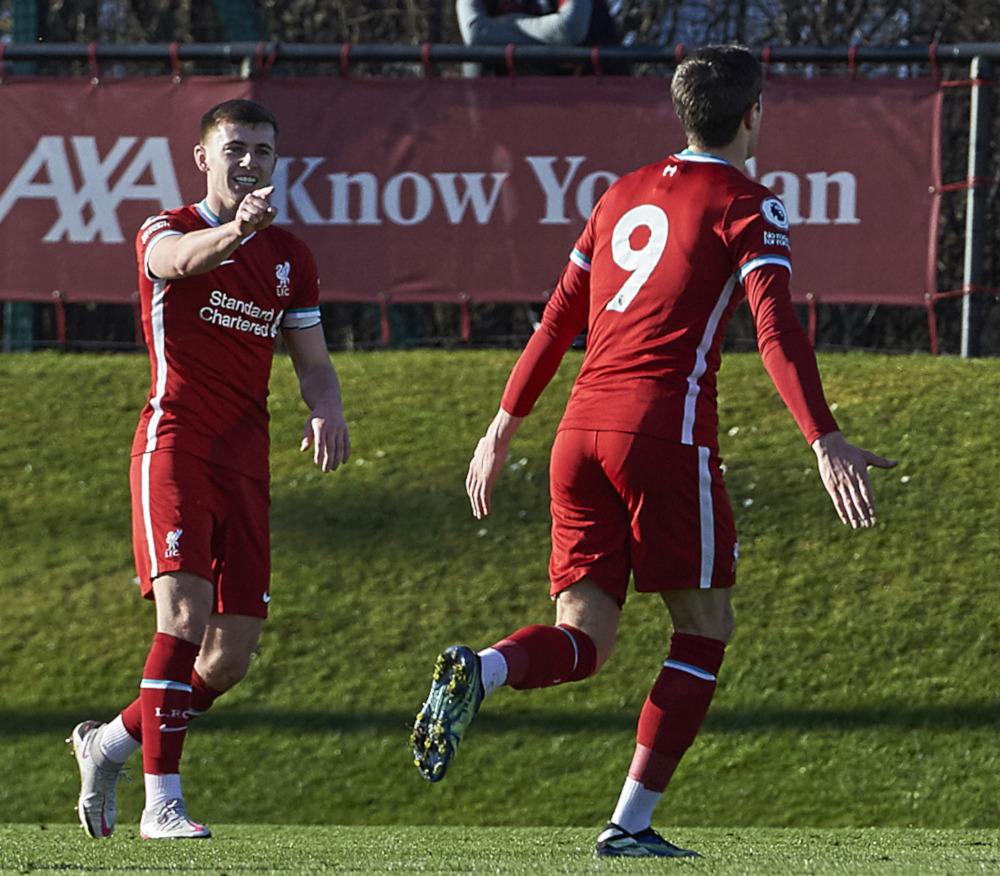 The strike added even more authority to a confident start by Lewtas’ charges, their movement and short passing consistently creating space.

One such play saw Stewart place the ball in the Arsenal net a second time in the 23rd minute, only for the offside flag to halt his celebrations.

Tyler Morton’s lofted pass into the area unlocked the defence to find Dixon-Bonner’s run and his touch past the ‘keeper was tucked in by Stewart – though to no avail.

The visitors’ threat increased as the half wore on, however, and they struck the woodwork on 34 minutes.

Catalin Cirjan found a pocket of space in the area to collect a cross from the left wing and his drive at goal deflected off the last-ditch challenge of Cain and thudded off the right post.

Instead, the hosts netted again before the interval.

Cain scooped up a headed clearance around 30 yards from goal, jinked into the box with the ball and then guided a rising effort into the top right corner for 2-0.

Within two minutes of the second half beginning, Cain notched his second and Liverpool’s third.

Woodburn was its architect, gliding into space in the left channel and nudging a pass into his teammate, whose scuffed low shot had enough to evade the grasp of Tom Smith and reach the far corner.

Once again, Arsenal grew into the game as time elapsed and the Reds required a crucial saving tackle from Conor Bradley to deny them a goal on the hour.

Reiss Nelson had got in behind to meet a clip over the top and sprint towards goal but, just as he was about to strike, Bradley got a foot in to hook the ball away.

And Liverpool repeated their trick of following up a missed Arsenal chance by netting at the other end.

Cain turned provider on this occasion after more intense pressing in opposition territory paid dividends, picking out Woodburn in the left channel for an assured finish back across goal. 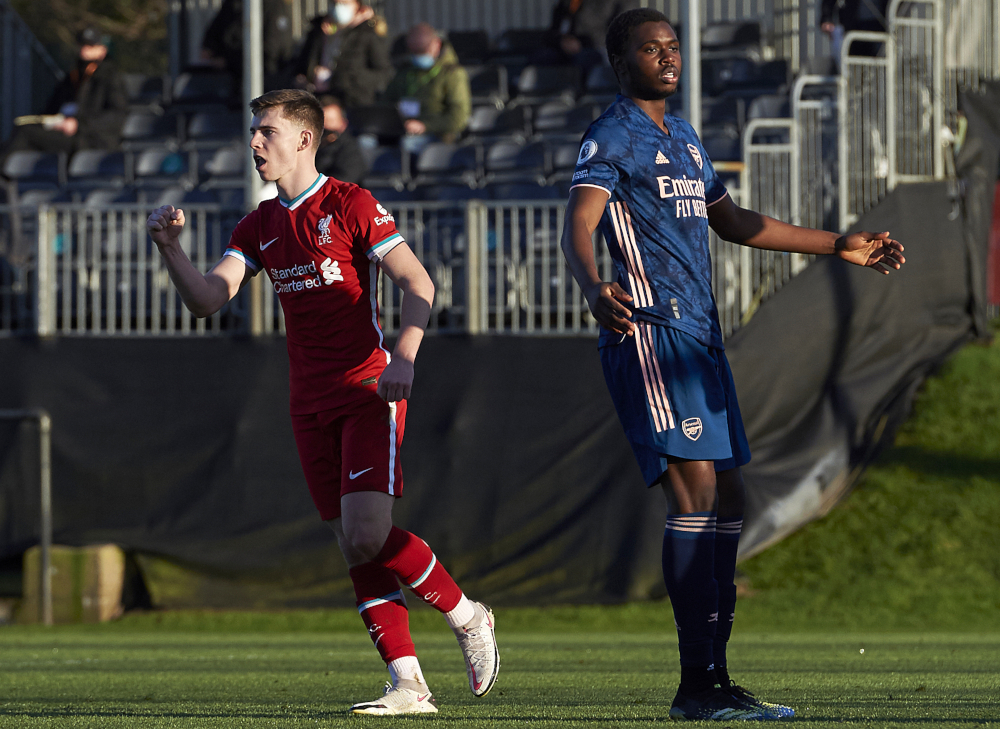 Lewtas introduced the returning Paul Glatzel from the bench for the final stages to add another positive to an outstanding day for the U23s and the Academy as a whole.