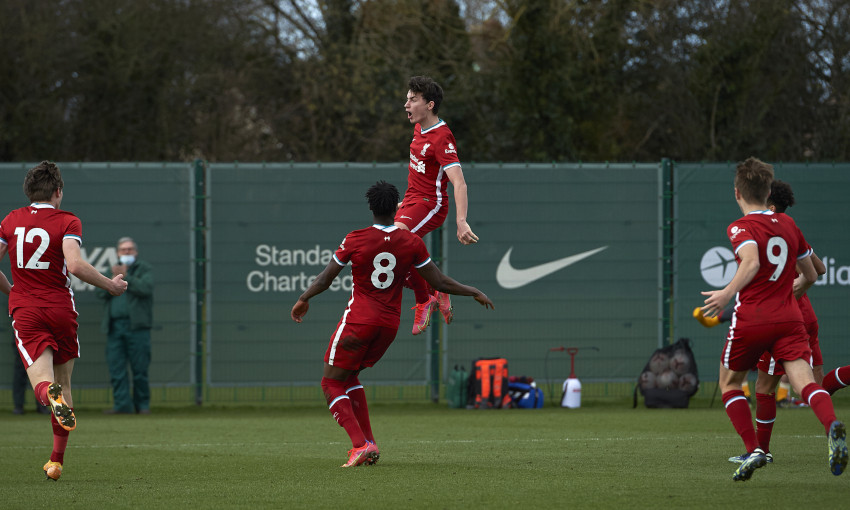 Goals in the first and last minutes earned Liverpool U18s a dramatic 2-1 victory over their Everton counterparts on Saturday.

Melkamu Frauendorf’s rapid breakthrough at the Academy gave the Reds a lead that they held for much of the remainder of an U18 Premier League North contest that was evenly matched.

A frantic passage of action then ensued in the closing stages, with the Blues levelling the score in stoppage time via Tom Cannon’s penalty.

Liverpool were not done, however, and beat the final whistle to grab a stunning winner – Mateusz Musialowski the hero with a fine finish to snatch all three points.

The result strengthened the Reds’ position as they jostle with Manchester United and Manchester City at the summit of the division; they face the former next weekend.

The home team landed the first blow of the mini-derby with only 28 seconds on the clock.

Frauendorf’s driving run down the left-hand side was followed by a strike that Everton goalkeeper Zan-Luk Leban repelled – but the Reds midfielder forced the rebound in off his head for an incredibly quick 1-0. 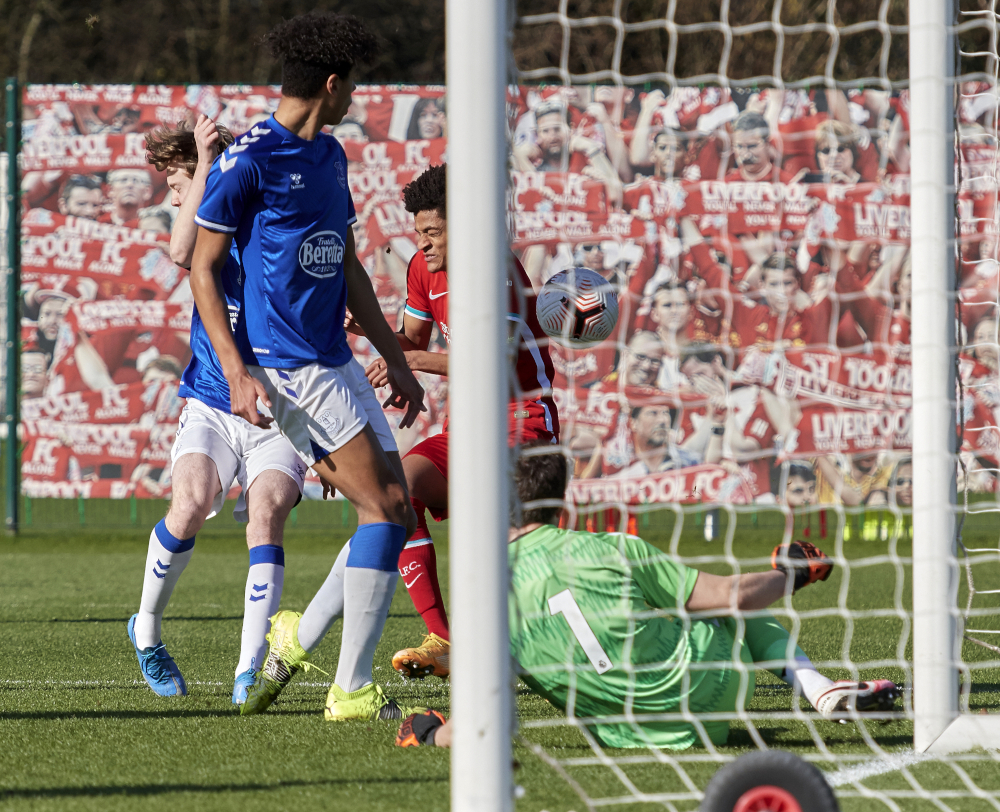 In front of the watching Sir Kenny Dalglish in Kirkby, the hosts pressed on to embellish their advantage, with Dominic Corness’ free-kick deflected just over the crossbar.

They were saved by the woodwork midway through the half, however.

When Blues striker Cannon raced onto a ball in behind, he was felled by the outrushing Liverpool stopper Fabian Mrozek, who – with two recovering defenders at hand – was shown a yellow card.

Charlie Whitaker’s effort from the resulting set-piece curled against Mrozek’s bar and, to the Reds’ relief, away to safety.

Jarell Quansah then thwarted Cannon as he broke into the penalty area with an outstanding challenge having covered the danger intelligently.

Liverpool turned the tide, though, and Marc Bridge-Wilkinson’s side twice went close to extending their lead before the half-time break.

Kaide Gordon whipped a free-kick narrowly wide from the edge of the box and James Norris’ superb cross was then headed off target by Musialowski when left unmarked. 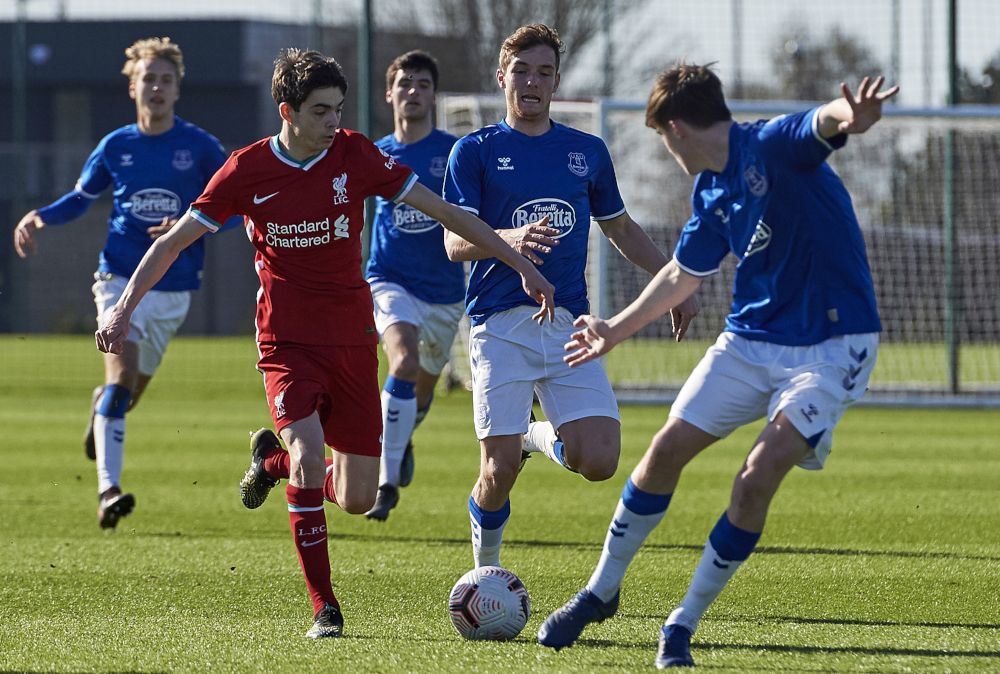 Clear-cut chances were harder to come by during a calmer second half that did not hint at the remarkable scenes set to unfold in stoppage time.

Everton gained an opportunity to equalise in the last minutes when Roman Quintyne was released through the middle and brought down in the box by Lee Jonas.

Cannon stepped up to the spot and dispatched his kick past Mrozek.

But the Reds refused to yield to that setback and swiftly produced a response at the other end to secure a memorable win.

Norris fed substitute Tommy Pilling along the left flank and his delivery into the middle found Musialowski, who created space with his footwork and fired home to settle the derby in brilliant fashion. 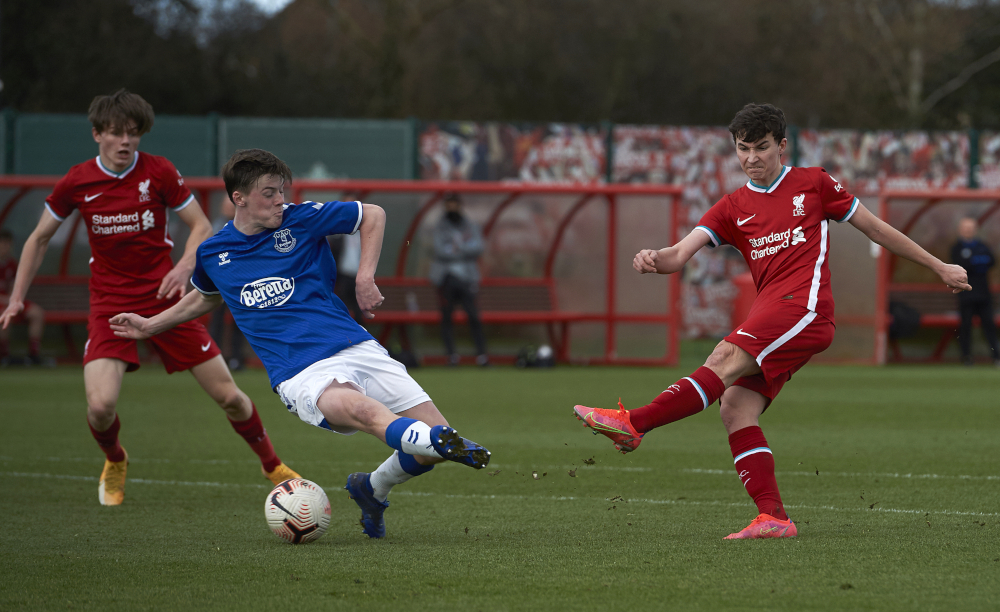