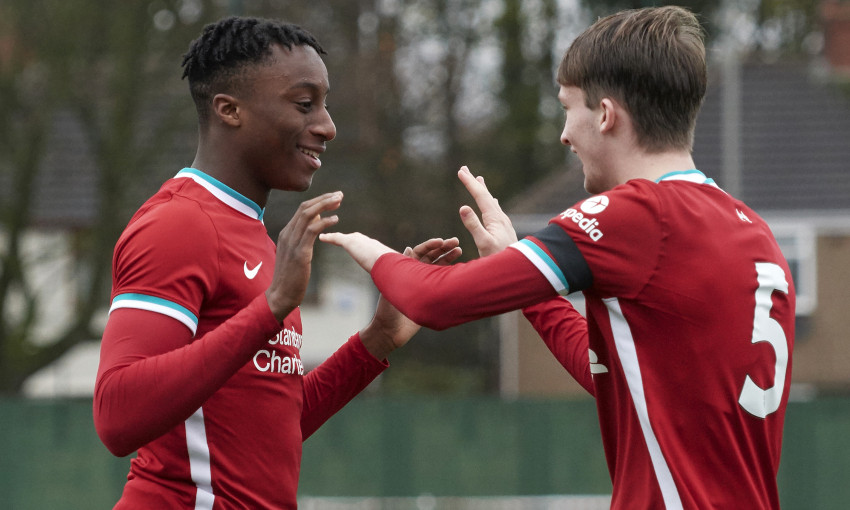 The U18 Premier League North fixture at the Academy of Light was goalless at the break, but Marc Bridge-Wilkinson’s Reds then surged to an emphatic victory in the north east.

Isaac Mabaya opened the scoring eight minutes into the second half, before three goals in seven minutes - from Mateusz Musialowski, Max Woltman and Dominic Corness - established a healthy lead.

Jarell Quansah and substitute James McConnell then netted in quickfire succession to bring up half a dozen for the visitors.

It was a strong response from Liverpool U18s to their last-minute defeat by Blackburn Rovers earlier in the week as they reached the landmark of 50 goals in the league this term and reduced the gap to leaders Manchester United to three points.

LFCTV GO: Watch the best of the Sunderland action

“We were a bit slow in our play first half but the lads really stepped it up in the second,” Bridge-Wilkinson told Liverpoolfc.com.

“We played very well, six different goalscorers as well, which was pleasing. We scored some great goals and Dominic Corness netted a fantastic free-kick so overall a pleasing day from us.”