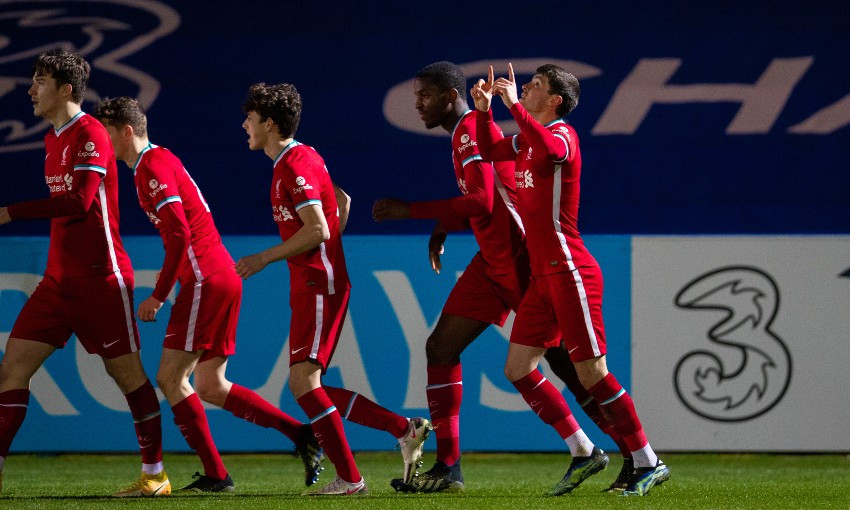 Liverpool U23s came from behind to claim an impressive 3-2 victory at Chelsea on Friday night.

Thierno Ballo’s early opener put the hosts ahead in an entertaining contest at Kingsmeadow, but two excellent goals in the space of three minutes by Jake Cain and Tyler Morton saw the young Reds take the lead before half-time.

Layton Stewart’s first strike at Premier League 2 level followed 10 minutes into the second period, before Chelsea pulled one back courtesy of Tino Livramento.

But Barry Lewtas’ side withstood a late spell of pressure - along with earlier injuries sustained by Marcelo Pitaluga and Leighton Clarkson - to snap a six-game winless streak in admirable fashion. 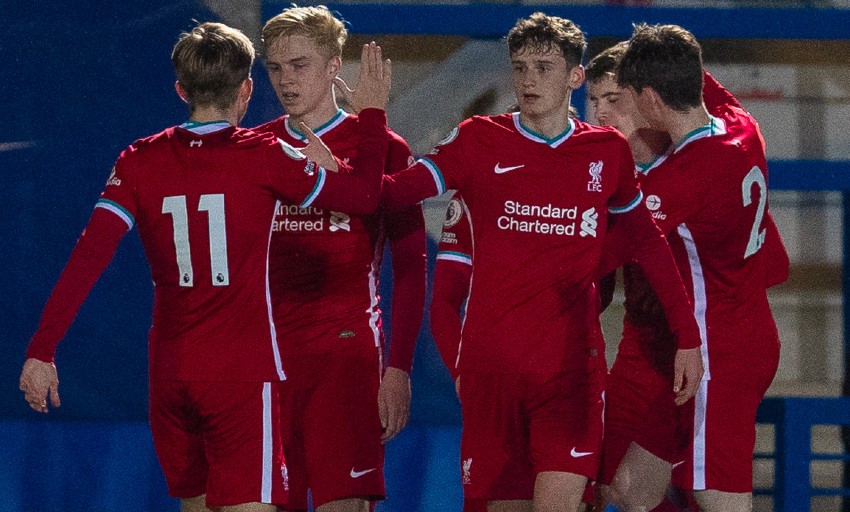 The difficulty of Liverpool’s task was increased with just five minutes played when Livramento dispossessed Billy Koumetio and teed up Ballo, who steered a low shot into the bottom corner.

Chelsea were buoyed by assuming control so early and Ballo could have netted again, but the forward followed a neat turn with a tame effort.

A couple of corners won in quick succession via willing running into channels from Stewart and Luis Longstaff hinted that the young Reds were finding their way after a testing start.

And, after Harvey Vale and Dion Rankine had each missed clear-cut chances for the hosts, Lewtas’ team flipped the game on its head through fine finishes from Cain and Morton.

First, Cain rounded off an incisive move with a sweetly-struck, left-footed drive.

Clarkson found Ben Woodburn, who quickly angled a clever pass into the path of the overlapping Conor Bradley. The right-back picked out Cain with his cut-back, and the No.11 did the rest. 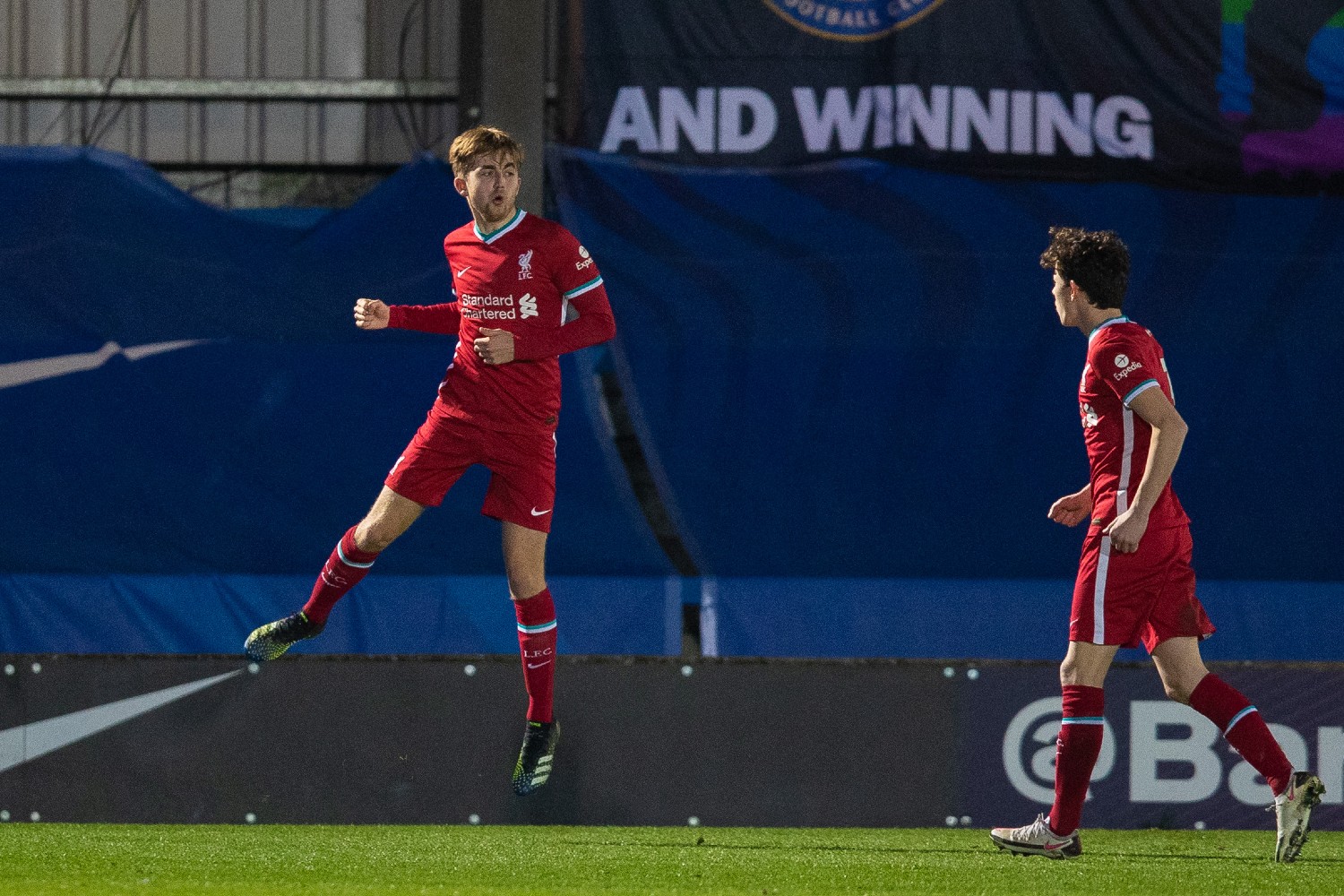 Then, Morton showcased fine technique by collecting a mis-hit clearance by Ethan Wady - who was being closed down by two Liverpool players - and guiding a delicate lob over Chelsea’s goalkeeper from 18 yards.

Liverpool were dealt a blow on the stroke of half-time, though, when ‘keeper Pitaluga was forced off with an apparent muscle problem.

Indeed, Lewtas had used all three of his substitutions by the 53rd minute, as Longstaff was replaced at the break and Clarkson went down with what appeared to be a groin injury shortly after the restart.

His side made light of the disruption caused by those changes, however, and strengthened their advantage moments after Clarkson’s enforced withdrawal.

Woodburn battled gamely with two Chelsea defenders following a speculative hooked pass into the box by Morton, with Stewart reading the situation perfectly and duly rifling home the loose ball.

Jakub Ojrzynski, on in place of Pitaluga, then produced a brilliant reaction save to thwart Declan Frith, but there was nothing the stopper could do to prevent Livramento from reducing Chelsea’s deficit when he cut inside from the right and blasted in powerfully with his left foot.

Inevitably, the home team then enjoyed the majority of the attacking play as Liverpool sought to remain in shape and protect their slender cushion.

And - thanks in no small part to two towering clearing headers by Morgan Boyes and an alert piece of back-post defending from Koumetio, who cut out Vale’s cross before it reached Jude Soonsup-Bell - the young Reds did just that to secure a hard-fought three points.