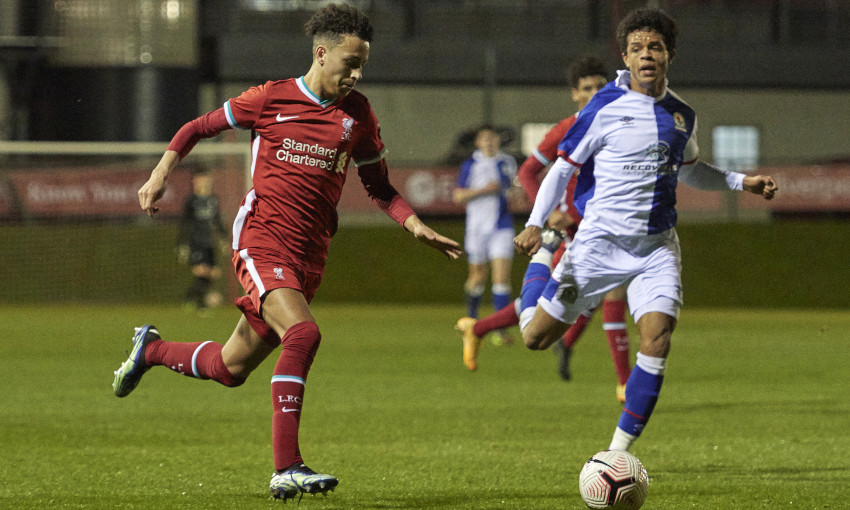 Liverpool U18s suffered late heartache as Blackburn Rovers snatched a free-kick winner deep into stoppage time to take a 1-0 victory from their U18 Premier League North clash on Tuesday night.

Georgie Gent’s 20-yard curler went in off the post to give the visitors the three points in a tough game at the Kirkby Academy that seemed headed for a fair draw.

Kaide Gordon - a recent arrival from Derby County - made his Reds debut, starting on the right of a front three alongside Max Woltman and Mateusz Musialowski.

The new boy almost made an instant impact with his deep cross headed narrowly past his own post by full-back Jay Haddow early on.

LFCTV GO: Watch the best of  the Blackburn action

Rovers then almost got in for an opener just before the quarter-hour mark but James Norris covered round well to clear the danger.

At the other end, a misplaced clearance from Blackburn goalkeeper Aidan Dowling almost gifted the Reds a goal. Dominic Corness could not direct his first-time effort on target, though, while Musialowski’s powerful shot was deflected just over.

Liverpool had a narrow escape on the half-hour, when Zak Gilsenan advanced down the left channel for the visitors and unleashed a strong, left-footed drive that rattled off the crossbar.

Further chances were at a premium in a tight contest, with both sides looking most likely to score by stealing the ball during their opponents’ build-up phases, and it remained goalless at the break. 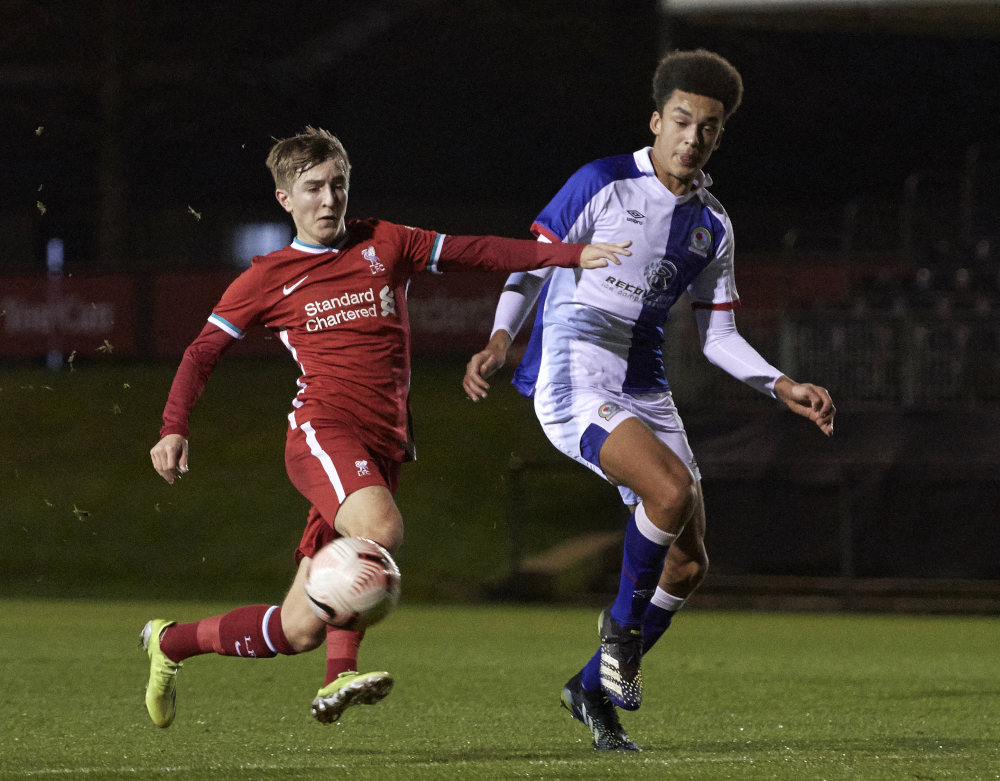 Fabian Mrozek was called into early action for the Reds in the second period, the goalkeeper tipping a top-corner effort from Gent over for a corner.

Corness’ set-piece delivery is a real strength for Marc Bridge-Wilkinson’s side and Jarell Quansah met his next corner with a firm header which went over the crossbar, before Gordon’s cut-in and shot was deflected just over.

More chances were coming at both ends now. Mrozek could only parry Gent’s low strike but was saved by his covering defenders, then Isaac Mabaya’s fine run down the right caused chaos in the visitors’ defence but was only rewarded with a corner.

A lovely body swerve from Musialowski created space for a strong drive with his left foot but it was straight at Dowling.

Gordon found some fine positions as Liverpool pushed for a winner in the last 15 minutes, stretching to meet Norris’ cross before heading just over after fine work on the right from Mabaya.

The hosts looked the most likely to break the deadlock as both defences held firm until added time, when Gent’s free-kick delivered the game’s decisive moment.