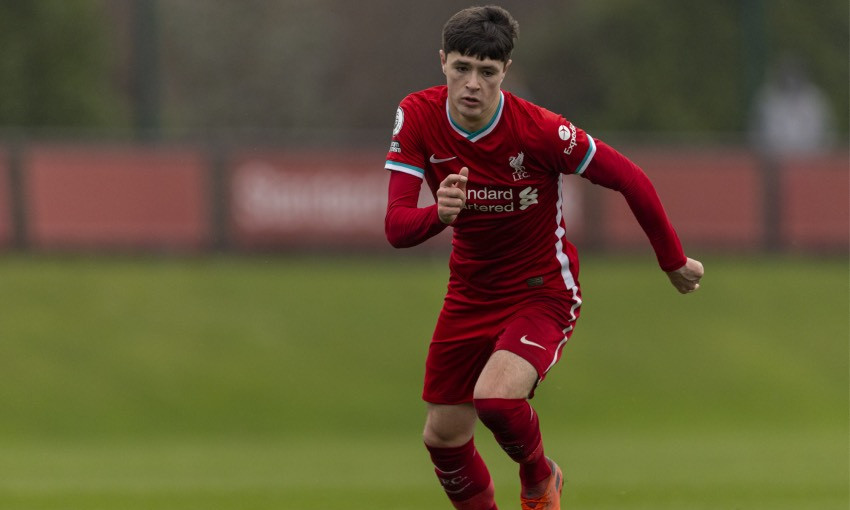 Layton Stewart scored a brace in Liverpool U18s' 5-3 victory over Bolton Wanderers in a friendly on Saturday afternoon.

Stewart also delivered two assists in the fixture at the Academy and was joined on the scoresheet by Pharell Williams, Iwan Roberts and Oakley Cannonier.

The young Reds went behind in the fixture after Bolton's Jay Fitzmartin opened the scoring after 12 minutes.

U16s striker Williams then equalised minutes later before Stewart tapped in to make it 2-1.

Early on in the second half, Roberts made it 3-1 as Stewart grabbed his second of the day by converting from the penalty spot.

Fitzmartin netted two more goals for the visitors to complete his hat-trick, with Cannonier's finish sandwiched in between those efforts.