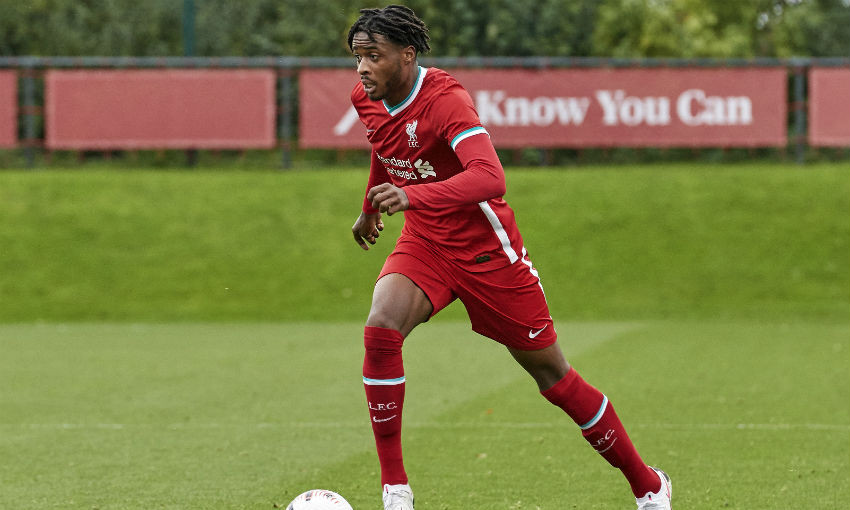 Liverpool U18s were beaten 4-3 away at Manchester United in a thrilling top-of-the-table clash on Saturday afternoon.

Layton Stewart had put the young Reds 3-2 ahead midway through the second half, but Joe Hugill's late double saw United move into first place in the U18s Premier League North.

Marc Bridge-Wilkinson's side initially overturned a two-goal deficit after the hosts went 2-0 up through first-half goals from Charlie Wellens and Charlie McNeil.

Stewart's first strike of the afternoon gave Liverpool a lifeline as it was then quickly followed up by a Tyler Morton leveller.

Despite a front-footed start from the visitors, they fell behind with seven minutes on the clock.

But Liverpool went into half-time two goals down after being hit by a United counter-attack shortly before the break.

Woltman looked to be in with a sighting of goal, though United thwarted the attack and launched a breakaway through Emeran. The United forward advanced towards the penalty area and found McNeil, who drilled beyond Jakub Ojrzynski.

Koumetio was withdrawn at the interval for Mateusz Musialowski in a planned substitution. It saw Sean Wilson move to centre-back, while Melkamu Frauendorf dropped back to occupy the right-back spot.

Liverpool returned from the break rejuvenated and restored parity by the 64th minute.

To make it 2-1, Stewart brought down Morton's ball over the top brilliantly and his second touch was a clinical finish into the back of the net.

And it was level again when Morton reacted quickest to head in after United stopper Radek Vitek fumbled Corness' in-swinging corner.

Liverpool continued to dominate proceedings and deservedly took the lead for the first time in the contest in minute 73.

Musialowski beat a number of United defenders with a weaving run before delivering a cut-back into the penalty area. Arriving to meet the cross was Stewart with a sliding finish that found the bottom corner.

But United battled back themselves to deliver another final twist.

It was 3-3 when Hugill converted the rebound from an Emeran shot, which had been well saved by Ojrzynski.

Five minutes from time, Hugill was there again inside the penalty area to fire in from close range and secure the three points.

It could easily have been 4-4, though Luca Stephenson fired over at the back post in the 90th minute as United then held on.