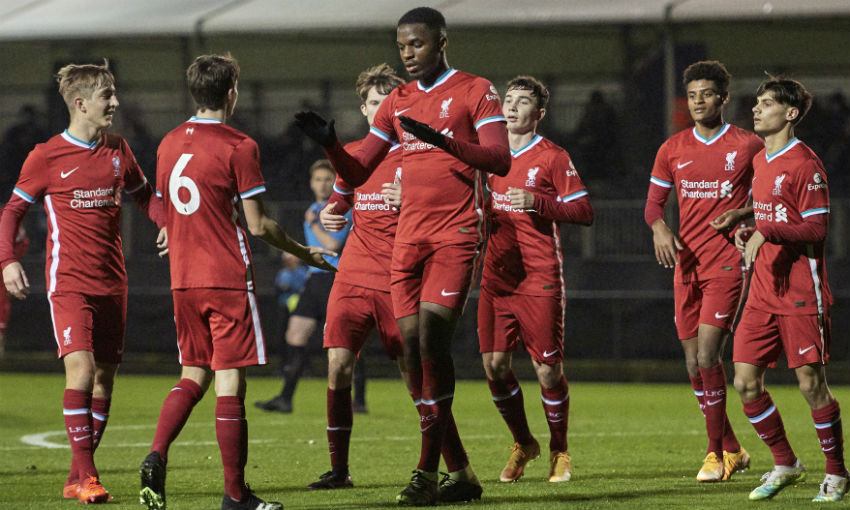 Liverpool U18s moved back to the top of the Premier League North table after a comfortable 4-1 home victory over Burnley at Kirkby.

First-half goals from Oakley Cannonier and Billy Koumetio, plus an early second-half strike from Mateusz Musialowski and a late clincher from Ethan Ennis, sealed the win for Marc Bridge-Wilkinson’s side.

It sets up a mouth-watering clash with their fellow table-toppers Manchester United at Carrington on Saturday morning.

LFCTV GO: Watch the best of the Burnley action

The first chance of the game arrived courtesy of Musialowski cutting in from the left, but a curling effort with his right foot was too close to the goalkeeper to cause serious problems.

The Reds took the lead on the quarter-hour mark in fine style. Dominic Corness moved onto a loose ball in midfield and slotted a superb first-time pass through to Cannonier, who advanced with confidence and fired past Lewis Thomas. 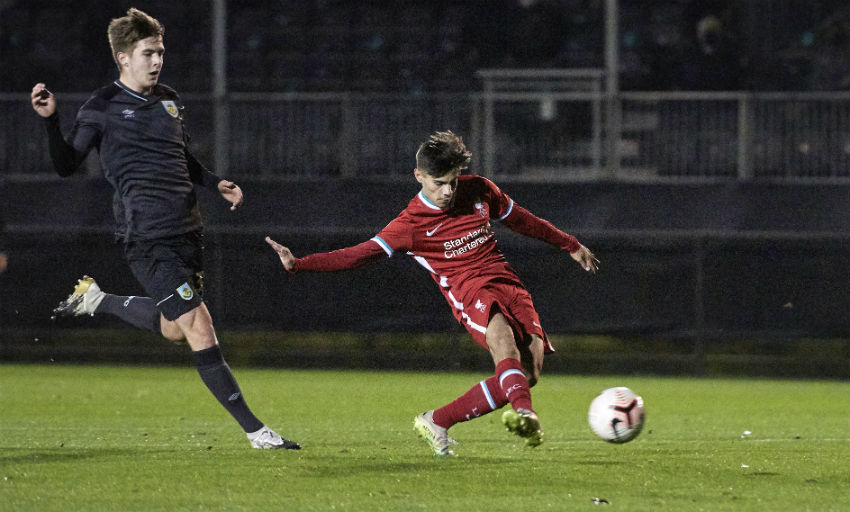 It took just five minutes for the lead to be extended with Corness again unlocking the door – this time his left-foot corner headed home by Koumetio.

James Balagizi was driving his team on from midfield, while James Norris and Sean Wilson were offering strong outlets on the flanks from full-back.

An excellent team move almost produced a third on the half-hour mark. Corness switched play superbly to Wilson on the right and his precise cross was met by a shot on the turn from Max Woltman. Thomas clawed it away before Melkamu Frauendorf rifled the rebound over the bar.

Liverpool went a long way to settling the game within three minutes of the restart. Musialowski collected Balagizi’s pass and turned to fire into the net. 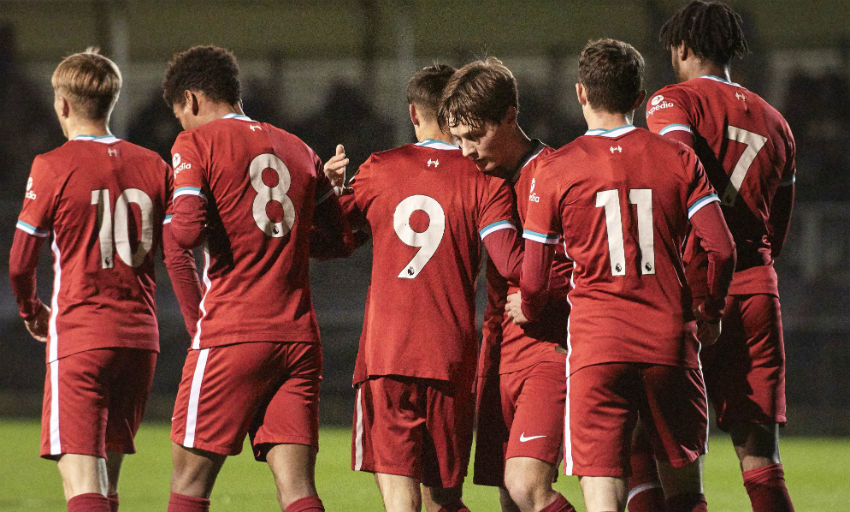 Balagizi was the provider again on the hour mark, slipping in Cannonier, who took the ball past the ‘keeper and passed it into the net, though the offside flag denied the Reds a fourth goal.

Marcelo Pitaluga had rarely been troubled in the home goal, but the Brazilian had to be sharp to deny a shot from Sam Unwin as Burnley looked to strike back.

It was Liverpool who extended their margin in the last five minutes, with Wilson’s superb ball from the right headed home by substitute Ennis, who was lurking unmarked at the far post.

Frustratingly, the clean sheet was lost with time almost up as Burnley secured a consolation through Unwin.