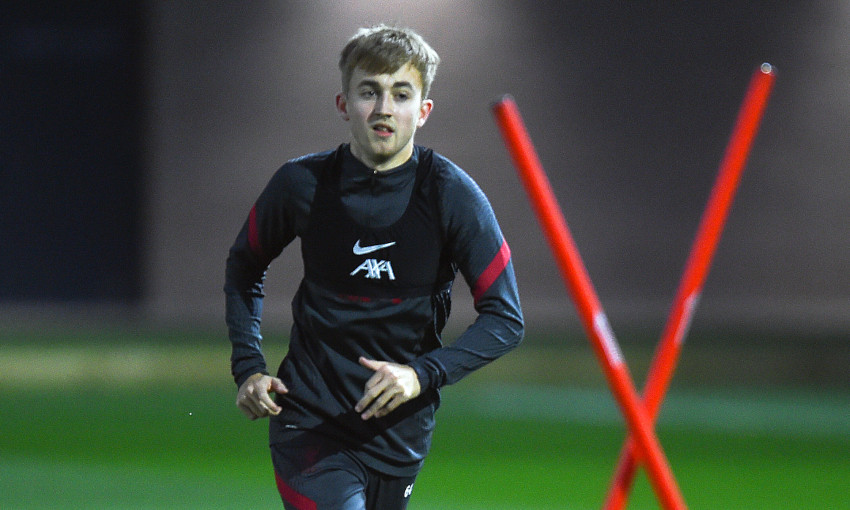 It's fair to say Jake Cain has made great strides during the past year, on and off the pitch.

The Wigan-born midfielder achieved a first-team debut in February as a youthful Reds side defeated Shrewsbury Town in the FA Cup, in front of more than 50,000 supporters at Anfield.

A whirlwind period for the teenager continued when he was with the squad as Jordan Henderson hoisted aloft the Premier League trophy.

This season, Jürgen Klopp has named Cain on the bench for each of the first team's three Champions League group games so far.

Now, with the seniors moving alongside the Academy at the new AXA Training Centre, he knows the development of the young players will be watched even more closely by Klopp and his staff.

“We are really excited and it’s going to be really good,” Cain told former Reds striker Neil Mellor in the latest episode of The Academy on LFCTV.

“It’s sad to see Melwood go after so many years but it will be great to see the lads together, the first team and the U23s together in the same building.

“That is always a good thing for the younger players because you are closer to the first team, so if they need us we are there straight away.

“The first team can watch us train as well, all eyes are on us and we have to showcase ourselves.

“I speak to the U18s players and they are all buzzing as well because it’s so close and you are always pushing each day to be part of the U23s squad.”

Liverpool U23s are back in action on Saturday when they host Southampton at the Academy in Premier League 2 at 1pm GMT.

Fans can watch that fixture live on LFCTV and LFCTV GO with our single-camera coverage from Kirkby.

Ahead of the match, hear more from Cain about his recent progress, netting some memorable free-kicks for the U23s and more…

On the last 12 months, including making his first-team debut and being part of the Champions League squad…

It has been unbelievable really. I’ve always been dreaming about being around the first team and playing in the cup games. This year I got the chance to play in the FA Cup, which was unbelievable, I signed a new contract and have been pushing on with the U23s. I’m happy with the progress I’ve made this year and I just want to keep pushing forward. 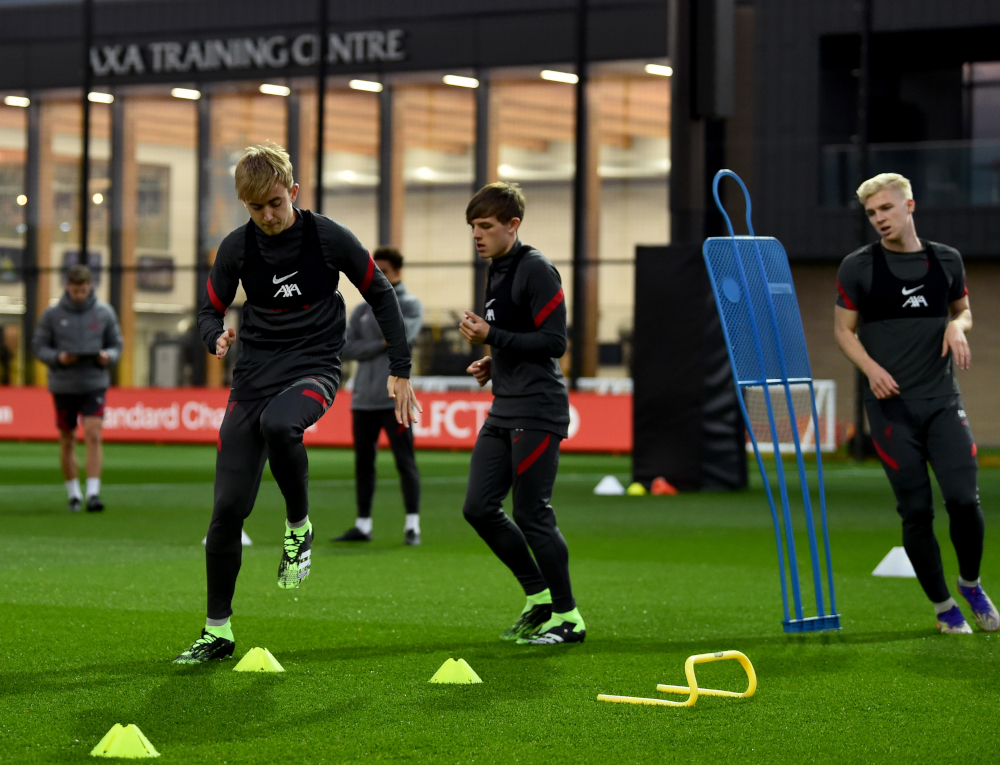 It was special. Everyone is in it together and the vibe around the building is really good and that carries onto the pitch and you can see that. It was just unbelievable being up there. When you go with the first team you’ve got to show what you can do and get the recognition from all of the players as well. They all believe in you and they have faith in you, but you’ve got to show what you can do on the pitch and have a personality around the group and what fits in with them. It is difficult at the start but all the lads are always welcoming and they speak to you and help you. Trent is always a help. I went to the same school as him and I’ve spoken with Trent a few times. James Milner is always helping and supporting you. He wants the best from you and if you are ever slack in training he will tell you. It just keeps the standards very high. Curtis has helped me as well because I’ve been good mates with him for a few years now and he’s been through what I’m going through now. Curtis is an example of what can happen when you stay up there with the first team and he has been really supportive with me.

It was the first time I’ve been involved with the first-team squad for a match and it was just great to see how they do everything and the togetherness they have before a game. Previously I’d just been watching them at Anfield or on the TV so it was just surreal being in the changing room with them. Seeing them run out to the Champions League anthem, it’s something I’ve always dreamed of and I want to keep pushing on and try to get on the pitch as well.

LFCTV GO: Watch our new episode of the Academy Show

On the fantastic support from the staff at the Academy…

I’ve had lots of help from Barry Lewtas and he has been my manager now for a few years from U12s onwards. He has progressed me through the years and it has been really special to build a bond with him. I’ve had a lot of help from Alex Inglethorpe as well. He has really helped me and pushed me and he knows what I can do, and he’s always there to push me and keep going and if I’m ever slack in training he will tell me and he’s always honest with me, whatever I do.

On playing regularly for the U23s this season…

It has been unbelievable. Obviously I played a bit for the U23s last season and this year I am one of the more experienced players in the group because we have a young group. My role this season is to have a bit more leadership and carry the team a bit more. I think I’ve been doing that more and have been trying to talk a lot more in the games. I’ve never really been a communicator but as a midfielder you might need that in the future, so this year I’ve tried to communicate more with players and help them and keep the team motivated. I’ve tried to adapt that into my game and add a bit more personality on the pitch.

Maybe the one against Derby County, which was the first free-kick I scored. I’ve taken them for a few years now in the team but I’ve never scored a special one like that at Derby. I’ve been practising them during lockdown, which was part of my daily exercise. It was a special feeling to see it go in and see the hard work paying off. It’s given me the confidence to try more of them and I scored free-kicks against Tranmere Rovers and Chelsea as well. I’m never going to score from every free-kick but the more I can score the better.

It’s a special group. We are all great friends. We have beaten some really good teams so far and the buzz around the building between the lads is special. We’ve all been close mates all the way through the Academy and we are a very tight group and we all stick together on the pitch and it has shown in the games. We have had some difficult games against good teams and we’ve ground out the result and it shows what we can do as a group. We’ve got Southampton next in Premier League 2 and that’s going to be a tough test. They are normally a good ball-playing team but we like to press and put pressure on our opponents so hopefully we can come away with the win.

Watch more from our interview with Cain on the new episode of The Academy on LFCTV and LFCTV GO from this evening. Visit liverpoolfc.com/watch to subscribe.