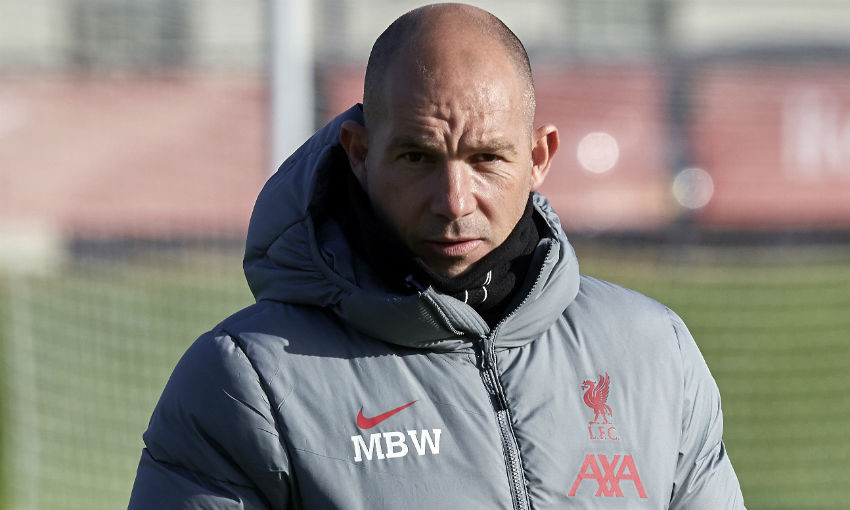 Liverpool U18s lost 1-0 to Huddersfield Town in a friendly at the Academy on Saturday.

After an even first half, the Terriers netted the game’s only goal in the 58th minute through Conor Falls, shortly after Max Woltman had rattled the crossbar from distance.

The young Reds were without leading goalscorer Layton Stewart, who is away on a training camp with England U19s, and Marc Bridge-Wilkinson took the chance to afford opportunities to several members of the U16s squad.

Mateusz Musialowski fashioned an early chance for himself by regaining possession from a defender before bearing down on goal, but Huddersfield goalkeeper Gio Bellagambi subsequently produced a fine stop.

A Tyler Morton pass then found Musialowski in the penalty area again, only for the Poland youth international’s attempts to find enough space to get a shot off to be thwarted.

At the other end, Huddersfield had their attacking moments and Liverpool ‘keeper Harvey Davies made an excellent near-post save to deny the visitors.

Bridge-Wilkinson’s side began the second period brightly, with Woltman striking the woodwork from range and Terence Mills being denied by Bellagambi.

However, Huddersfield took the lead just before the hour mark when Falls rounded off a sweeping move.

Liverpool’s best chance for an equaliser arrived soon after Falls’ opener as a superb pass from Morton set Woltman through on goal. Again, though, Huddersfield’s ‘keeper was equal to the attempt.