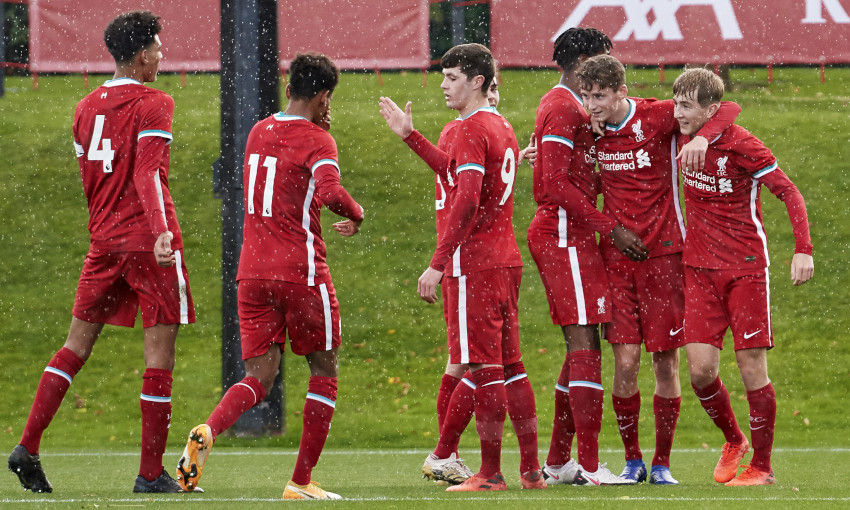 Report: Paul Glatzel returns as U23s win away at Arsenal

Max Woltman put the young Reds in front midway through the first half with a nicely-taken finish and Tyler Morton then marked his 18th birthday with a similarly composed strike on 29 minutes.

Morton bagged his second and the hosts’ third early in the second period and another fine day’s work for Marc Bridge-Wilkinson’s side was sealed by Layton Stewart’s excellent hit, with Lucas De Bolle’s late effort a consolation for the away team. 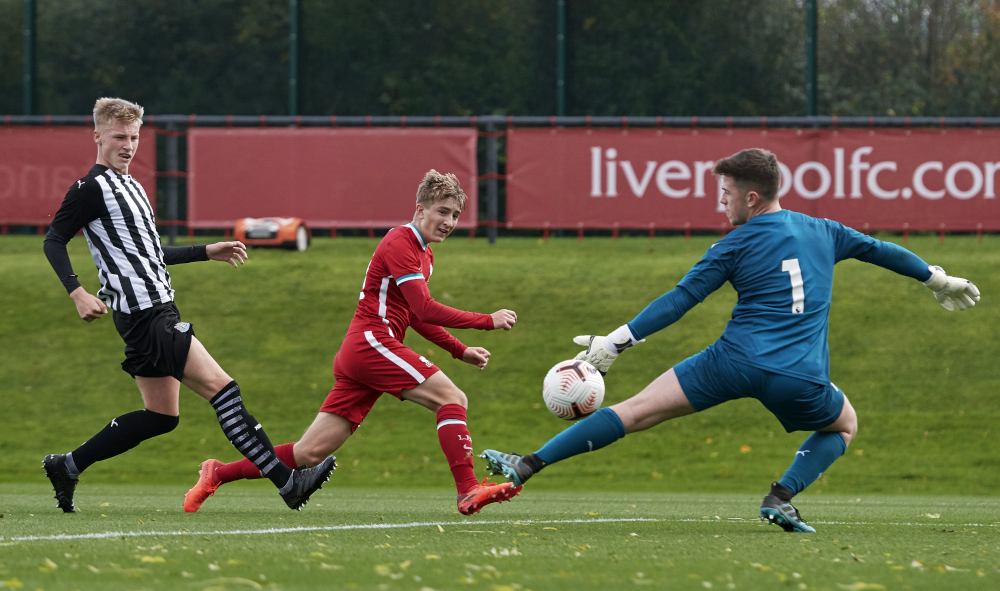 The prolific Stewart had two early sights of goal in Kirkby and was shut down at the last moment on both occasions, but those chances set the tone for an open, end-to-end contest.

Indeed, the game was still only nine minutes old when Woltman was denied a breakthrough.

James Balagizi was the architect of the opportunity, having showed agility, pace and awareness as he carried the ball through midfield before laying it off, but the eventual low shot was stopped by the Newcastle goalkeeper.

Unperturbed, the visitors quickly forged a series of their own openings and the Liverpool woodwork was rattled, to say the least, on 13 minutes.

From a cleared corner, De Bolle thumped a rising effort from 20 yards that clattered the crossbar and bounced away.

Melkamu Frauendorf might have given the home side the lead soon after, only for the No.11 to perhaps be caught by surprise when Dominic Corness’ deep corner landed to him in the middle and he nudged the ball wide.

LFCTV GO: Watch the best of the Newcastle action

But Bridge-Wilkinson’s charges took a huge step towards three points during a subsequent eight-minute spell.

Lee Jonas’ accurate and inviting knock into the left channel was scooped up by Woltman and the latter clinically guided a finish back across the ‘keeper and inside the opposite post.

Frauendorf fired too close to Oliver Marshall in the Newcastle goal when Stewart won possession high up the pitch and Woltman teed up his teammate’s forward run into the box.

But the second shortly arrived.

A sweet move created it, starting with Jarell Quansah bringing the ball out of defence, then featuring key passes from Balagizi and Woltman to allow Morton to stroke a finish into the bottom right corner. 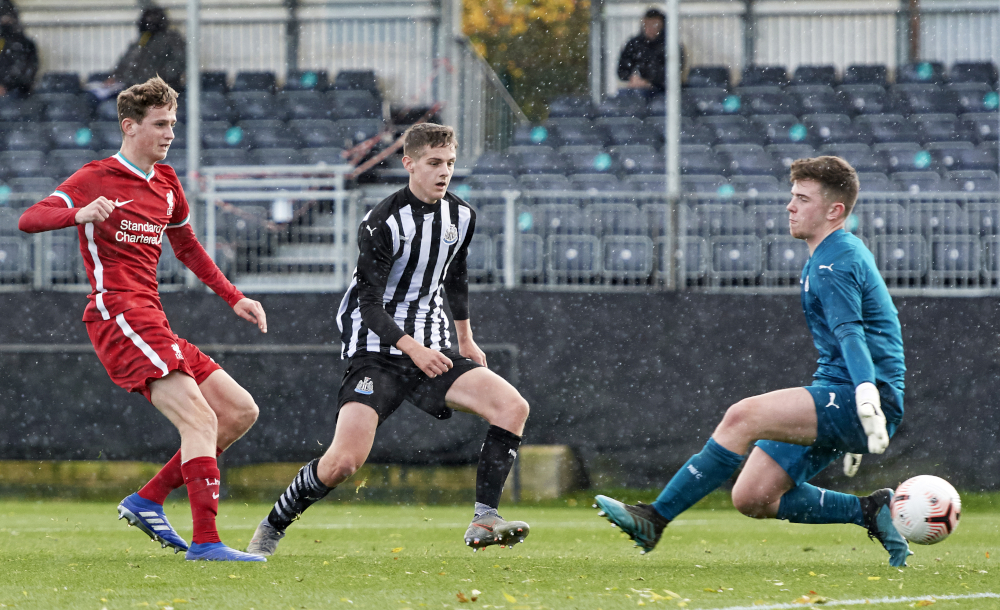 Liverpool swiftly picked up their momentum when the teams emerged for the second half and within six minutes of the restart it was 3-0.

Frauendorf claimed the assist courtesy of neat footwork on the left byline and his perfect cutback into the six-yard box was touched in from close range by Morton.

Marshall prolonged Stewart’s wait for a goal when the pair faced up one-on-one and Corness was not too far wide with a curling free-kick from the edge of the area.

The Reds did require a stretching goalline clearance from Quansah to preserve their clean sheet as the U18 Premier League North tie entered its final half-hour.

Stewart next added his name to the scoresheet when Isaac Mabaya made headway on the right-hand side and his pullback ultimately fell to the Liverpool No.9, who produced an exquisite, angled drive into the far corner.

Newcastle did strike back in the final stages, however, with De Bolle beating Jakub Ojrzynski four minutes from time, but the points were already in the bag for the hosts.