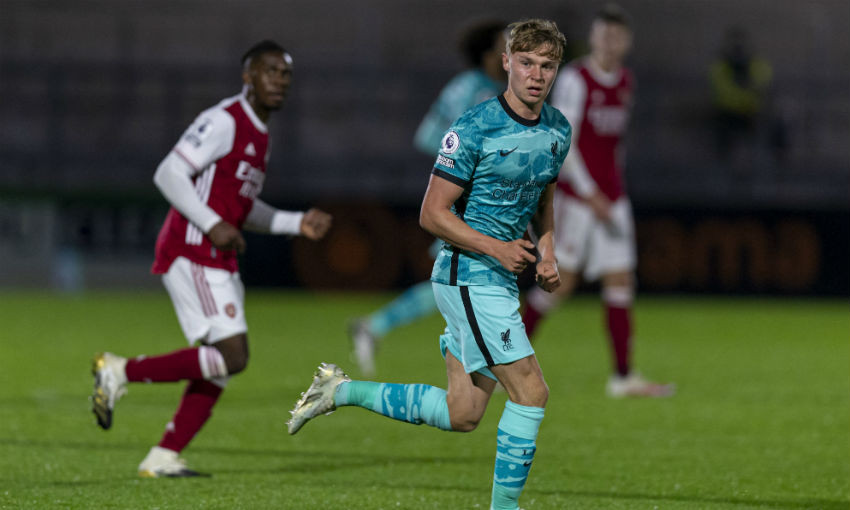 Paul Glatzel made his first appearance of the season as Liverpool U23s secured a 1-0 win over Arsenal in Premier League 2 on Friday night.

The 19-year-old, who missed 2019-20 due to an ACL injury, came on as a 62nd-minute replacement for Jack Bearne during the game at Boreham Wood FC.

Tom Clayton scored the only goal of the game as Barry Lewtas’ side kept up their winning momentum after last weekend’s impressive victory against Chelsea. 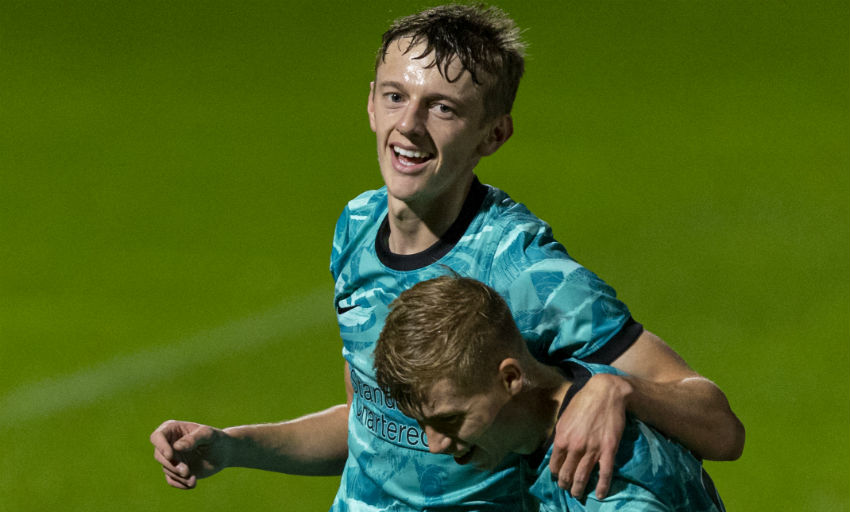 The Gunners fielded the likes of summer signing William Saliba at the back and Folarin Balogun, who only made his first-team debut the previous night in Europe against Dundalk.

The home side started brightly and had an early chance when Balogun cut in from the left and fired an effort just over the bar.

But Lewtas’ side began to show their quality and the Reds took the lead in the 29th minute when Clayton pounced to break the deadlock with a superb effort from outside the box.

With Sepp van den Berg a rock-solid figure at the back and Clayton impressing again in a holding midfield role in the absence of the suspended Leighton Clarkson, Liverpool held on for a deserved victory.

Reflecting on the victory, Lewtas told Liverpoolfc.com: "It was an unlikely 1-0 Tom Clayton winner! Fair play to Tom, it was a superb finish and I was really pleased with him. He was excellent again.

"The boys were superb in the first half. Our pressing was really good and we created a lot of chances.

"We missed some more guilt-edged chances in the second half but Arsenal didn't really threaten our goal apart from when we made one brilliant block to keep them out.

"We defended very well again and overall it was a good night.

"It was great to have Paul back and give him some minutes. He held the ball up well and he offers us so much."