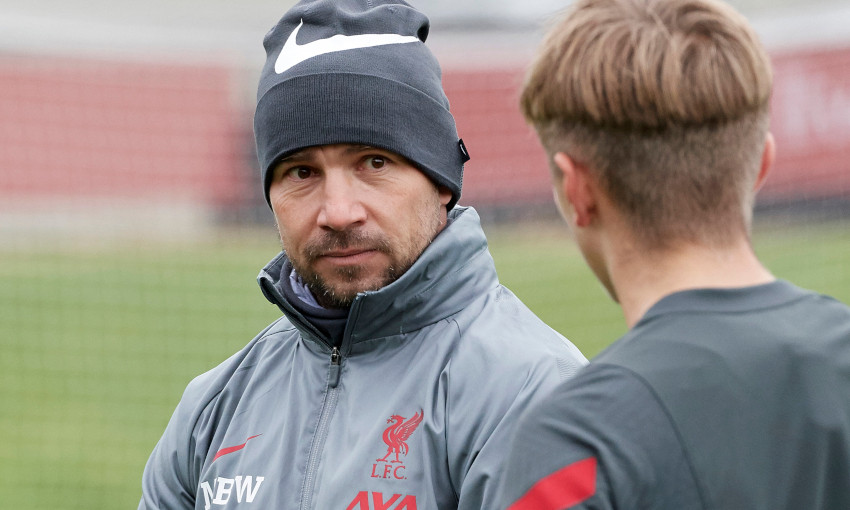 Another weekend, another Merseyside derby.

On Saturday morning, Liverpool U18s will make the journey to their neighbours as they travel to Finch Farm for the ‘mini-mini’ derby with Everton.

Marc Bridge-Wilkinson’s side head into the clash after a hard-fought but deserved 3-2 win over Sunderland last weekend that lifted them to fourth in the U18 Premier League North table.

Everton are one point and one place ahead, with either side capable of going top if they win their game in hand on leaders Manchester City.

The Reds have fond memories of their previous trip to Everton’s training ground, which resulted in last season’s outstanding 6-1 victory.

Several members of that side have now progressed to the U23s and it will be a very different Reds team taking to the field on Saturday.

Against Sunderland, forward Ethan Ennis scored his first goal at the level on his first start, while centre-back Terence Miles made his debut.

“Ethan scored a good goal, we know he can do that, he’s got ability, energy and enthusiasm,” Bridge-Wilkinson told Liverpoolfc.com.

“It was a difficult day to make his first start because we didn’t play particularly well but he made it a positive.

“Terence and Isaac did well as well, they’ve kind of got thrust into it a bit earlier than we thought it would happen but they’ve showed they’re able to play at this level.

“Of course there’s lots for them to work on and improve but that’s the same with all the boys, so they should be really pleased.

“Isaac’s a great athlete and we’re just fortunate he’s turned his hand to football and not a different sport. He’s starting to feel more and more at home at this level.”

Stewart’s two goals added to his hat-tricks against Stoke City and Blackburn Rovers earlier in the campaign. 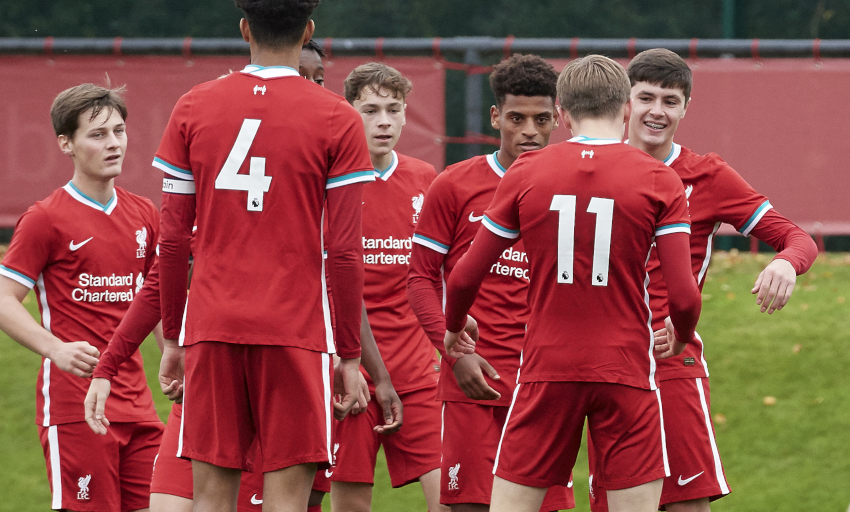 He boasts a strong record against Everton through the age groups and his manager will be hoping he can continue that this weekend.

“Layton’s got an unbelievable knack of scoring goals, which is great when you’re a centre-forward,” he said.

“He can score all different types of goals, which is what you want to be doing. It’s really pleasing to see him doing it.”

While Bridge-Wilkinson is hoping to have a few more experienced players available for the derby, he has no problem putting his trust in youth if required.

“There’s boys in this Academy at all different ages with ability and great character so it’s not a  problem; whoever we need to pick and play, we will,” added the boss.

Liverpool U18s take on Everton U18s on Saturday at 11am BST at Finch Farm.