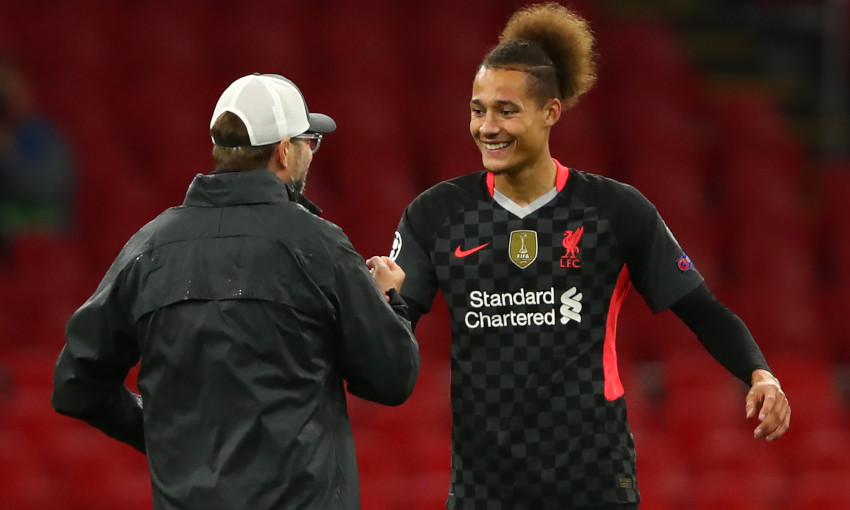 Curtis Jones and Rhys Williams' Champions League debuts for Liverpool on Wednesday night were occasions the duo and Academy staff will never forget.

Having progressed through the ranks together in Kirkby since the age of eight, the pair realised a dream when they featured at Johan Cruyff Arena.

Jones was handed a start against AFC Ajax by Jürgen Klopp, while the manager deployed Williams as a late substitute to help preserve a 1-0 win in the opening game of Group D.

Head of Academy pre-recruitment Ian Barrigan, for example, was beaming with pride after playing a major role in the latter getting an opportunity with the Reds.

And Liverpool U23s boss Barry Lewtas, who has coached Jones and Williams from a young age, was equally delighted to see the pair stride out on such a big stage.

"It was a great moment for Curtis and Rhys," Lewtas told Liverpoolfc.com.

"We have a manager who believes in youth and he trusted them both on the biggest stage in club European football.

"Curtis and Rhys have worked so hard, they have impressed the manager and his staff, and it's fantastic to see them get this opportunity.

"It was also a great moment for Jake Cain and Vitezslav Jaros to see them on the bench and with the first-team squad, and they can take a lot from that."

Liverpool U23s are back in Premier League 2 action on Saturday as they host Chelsea in Kirkby in a behind-closed-doors fixture.

You can watch the game live on LFCTV and LFCTV GO with our single-camera coverage, with kick-off set for 1pm BST.

Ahead of the match, we caught up with Lewtas to preview the clash and reflect on his side's performances so far in 2020-21.

On the start to the season so far…

Overall, we have been really pleased with the performances. It was frustrating to lose at Brighton last weekend. The game probably hinged on their goal in terms of the result but for us we were pleased with certain moments of the game. We had good control of the game at times against a good Brighton team, there's no question of that. If I'm being really honest, we didn't really do enough to threaten their goal. We actually did well defensively, but in the end it was one bit of magic to score the only goal and it came from them. There were positives to take from the game, though, and it continued the form of how we have played so far, even in the EFL Trophy games. If we are going to get more from these games in terms of the results, we are certainly going to have to convert more chances. That's a little bit of a bug bear for us but we scored five at Manchester United so we have got good players and a nice way of playing, and I'm sure a little bit of luck and a little bit of quality will come our way.

On the form of Van den Berg, who has impressed in the past few games… 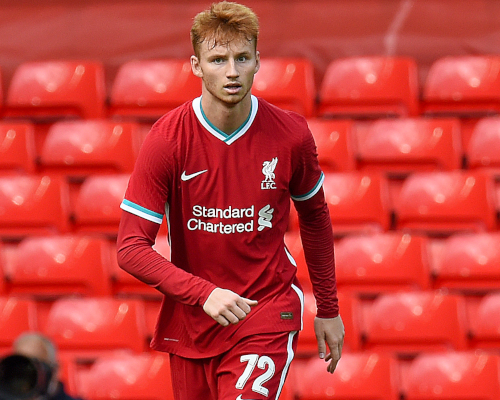 Sepp has been excellent. He has really added to our game in terms of his intensity, his commitment to improve personally and I've also been really impressed with how he has been around the lads, the way he has approached the training. So, he has been a massive plus. When people watch the games, they will see what he has added to us and I thought Sepp and Rhys played well at Brighton. I've been really pleased with Sepp's attitude and the way he has kind of approached the challenge of the U23s. Sepp is still only 18 and although he is young in age he has got more experience than others. We forget sometimes how young Sepp is.

On the absence of Leighton Clarkson, who started a three-game suspension last week following his red card against Manchester United…

It is a blow for us because for the way we play Leighton is really good for the team and the team is really good for him. We play a certain way that suits the way Leighton wants to play. We give him the ball and plenty of it and he pulls the strings for us from the No.6 position. Missing Leighton does change things but at Brighton I put Tom Clayton in at No.6 and I thought he was excellent. Tom plays at centre-half for us but I just thought he could do a decent job there for us. Credit to Tom, he's a different player to Leighton but he played in front of Rhys and Sepp and linked the play very well for us. Yes, it's a blow we haven't got Leighton at the moment but it's an opportunity for others to step up and play.

On the meeting with Chelsea on Saturday…

Chelsea are a good team, and they are top of the league and probably full of confidence. But I think the reason why Liverpool v Chelsea games are always lively is because it is two good teams and when you get two good teams coming up against each other it normally makes for a good game. We will certainly respect the challenge that Chelsea will pose but we certainly won't go into the game kind of fearing them. We will be respectful, but we will try to impose how we want to play, as we do each game. We know the part of our game that we are just missing at the moment, which is finishing our chances off, but we want to put that right against a good team and we are looking forward to it.

On handing the captain's armband to Millar in recent matches… 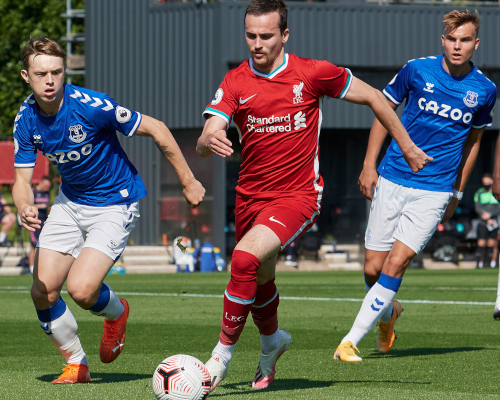 Liam has done well for us so far this season. We have had one or two boys in and out of the team who could also have had the armband but Liam is one of the senior boys in the group. I just wanted to give him that extra responsibility as one of the senior boys in what is quite a young team we have at the moment. We have a number of boys who are still only 18 and Conor Bradley is 17. It's Liam's responsibility as one of the senior players not just to look after his own performances on the pitch, which have been a real positive, but also to try to guide and influence and support the young boys in the group. Over the last couple of games he has had the armband and hopefully the more leaders we have the better we will be.

Joe has had a bit of a tough time with injury, a bit of a niggling injury which has been tough for him. Paul will be back soon as well, so it will be great to get him back but we've got to be fair to these boys and give them the opportunity to get fit and obviously match fit. We know what both boys will bring to the team so it's early days for them and I don't want to heap too much pressure on them at the moment because they are both coming back from injury. It's great to have them back around training and the squad because they offer us quality and especially competition and quality in those attacking positions, because that's maybe just been that area when we've not been able to score goals. That's not just down to the attackers and it's down to the whole team but Joe and Paul have shown they know where the goal is. It will be great to have them back but first thing is first and we have to make sure they get their fitness and they are ready because after the COVID-19 pandemic situation it has been a long break for them and we won't be rushing them back until they are 100 per cent and ready to go.