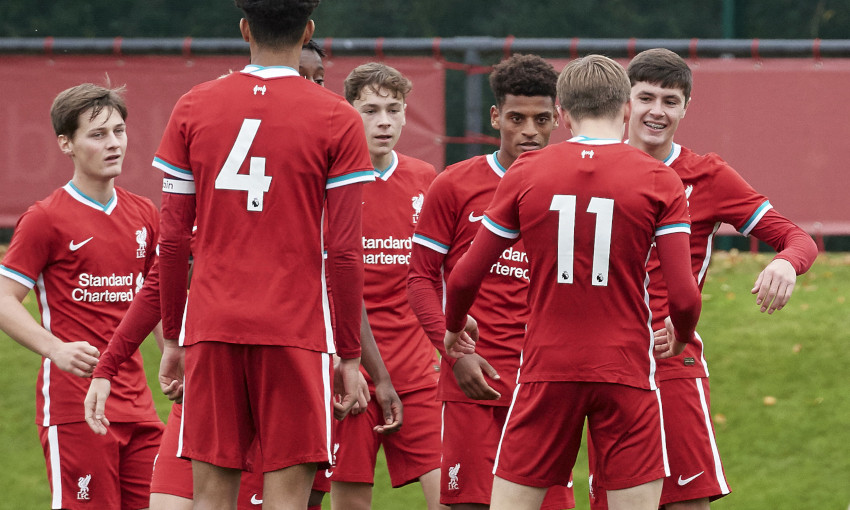 Two goals from Layton Stewart and a first at the level for Ethan Ennis saw Liverpool U18s secure a 3-2 win over Sunderland at the Academy on Saturday afternoon.

The Reds fielded a young line-up, with Terence Miles making his debut at centre-back while Ennis gained his first start on the right of a front three.

The home side began brightly and were ahead on 12 minutes.

Isaac Mabaya played a good ball down the inside left channel for Ennis, who cut in on his right foot and curled a fine shot past the despairing dive of Harrison Bond in the Sunderland goal. 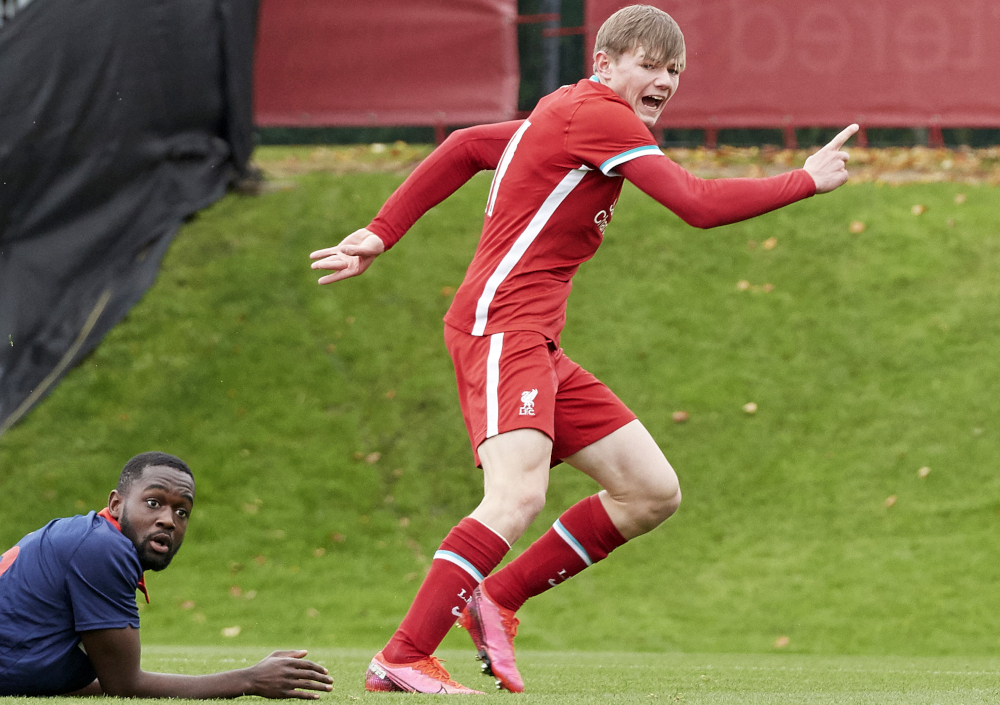 Reds goalkeeper Harvey Davies made a fine stop, tipping an effort from James Foster over the top for a corner to keep the lead intact five minutes later.

The game was then delayed for 20 minutes due to an injury to the visitors’ midfielder Ryan Gooch.

Within two minutes of the restart, the Reds had conceded an equaliser in the most bizarre of circumstances.

A defensive clearance from the left side was charged down by Foster and the ball somehow soared over the stranded Davies’ head and into the net.

LFCTV GO: The best of the Sunderland action in 90 seconds

Stewart went close for the Reds, but he would still get the chance to put his team ahead going into the break.

Max Woltman’s corner was originally cleared but at the second attempt he found a low ball into Stewart in the box – and the latter turned with purpose to fire low into the corner of the net.

Liverpool started the second half well, too, with a powerful cross from Stewart causing chaos in the Sunderland box and Ennis picking up a fine crossfield ball only to be denied by the advancing ‘keeper.

And the Reds stretched their lead on 52 minutes, with Mabaya again the creator.

He picked out a perfect cross from the right and Stewart hung in the air unmarked to head firmly past Bond for his eighth of the season. 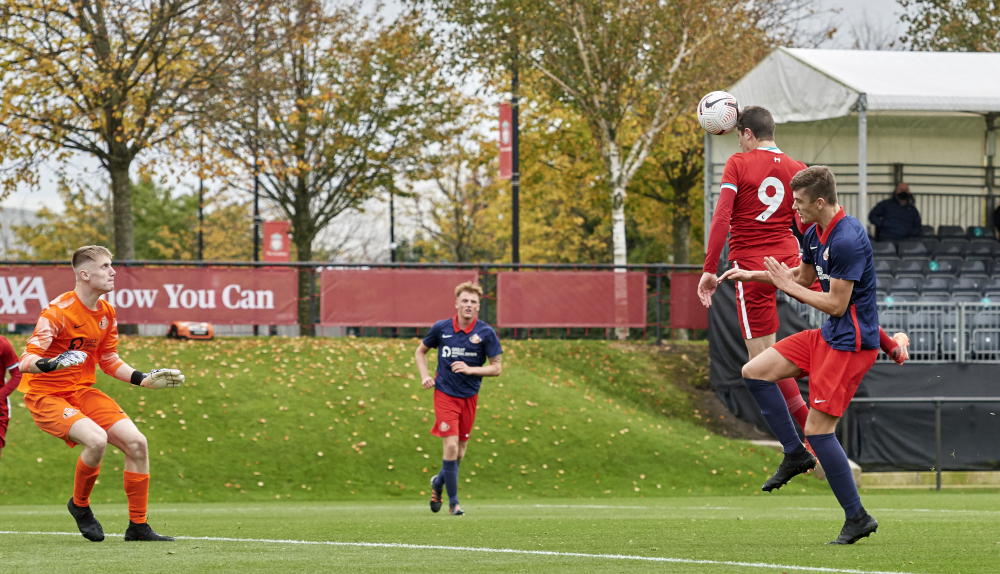 Jarell Quansah’s goalbound header was cleared off the line from a corner but the visitors reduced the deficit 20 minutes into the half.

The Reds were caught short of numbers at the back and Caden Kelly advanced to strike a powerful shot past Davies to make it 3-2.

Melkamu Frauendorf missed a great chance to restore a two-goal advantage, heading wide at the back post after Bond had missed Sean Wilson’s deep cross from the right.

Stewart had strong claims for a penalty waved away, while Frauendorf’s pressing almost brought a goal but ‘keeper Bond got back at the last second to palm a ball away.

Liverpool survived some late pressure but deservedly held out to take all three points.