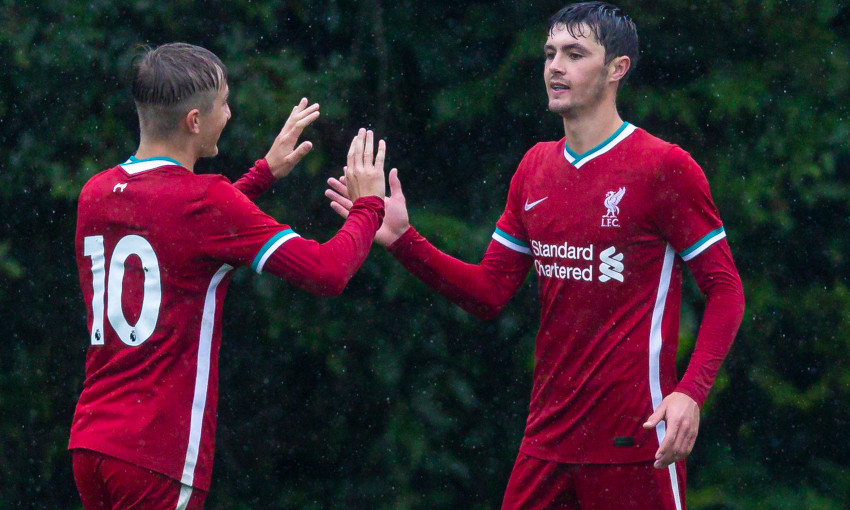 Marc Bridge-Wilkinson praised his Liverpool U18s side after they returned to winning ways in style by beating Blackburn Rovers 3-0 on Saturday.

Layton Stewart notched his second hat-trick of the season to ensure the young Reds bounced back from defeat by Manchester City - and Bridge-Wilkinson was delighted with a strong collective display in stormy conditions in Lancashire.

"I thought it was a really good team performance," the U18s boss told Liverpoolfc.com.

"We limited their chances on goal to efforts mainly from distance and I thought we controlled the game from the start and then managed to get a few more goals in the second half, which made it look a bit more comfortable.

"We created lots of chances and unfortunately it was only the three we managed to put away."

LFCTV GO: The best of the Blackburn action

Stewart took his tally to six goals in three games in 2020-21 with his second treble of the campaign, with Bridge-Wilkinson stating: "Layton wants to score goals, which is brilliant.

"We are really pleased when he scores goals but the fact is the amount of chances he's getting is really key.

"He scored three but could have had three or four more. He got into great positions and great areas. The boys recognise when he makes those great forward runs and give him the ball at the right time.

"As long as he keeps getting those chances we are really pleased with that." 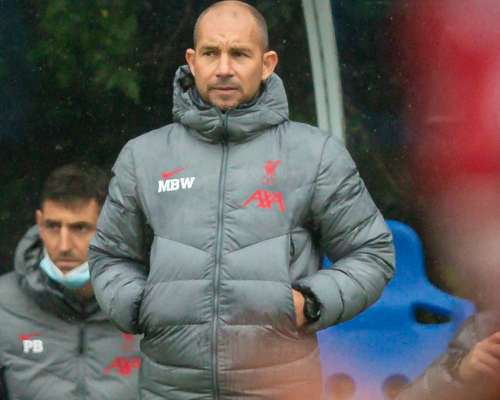 Another player to catch the eye was Max Woltman, with the Wirral-born attacker a constant menace to the Blackburn defence.

Bridge-Wilkinson added: "Max did really well for us and it was his best performance of the season.

"He was unfortunate he didn't get a goal because he did deserve one and was unlucky to hit the post."