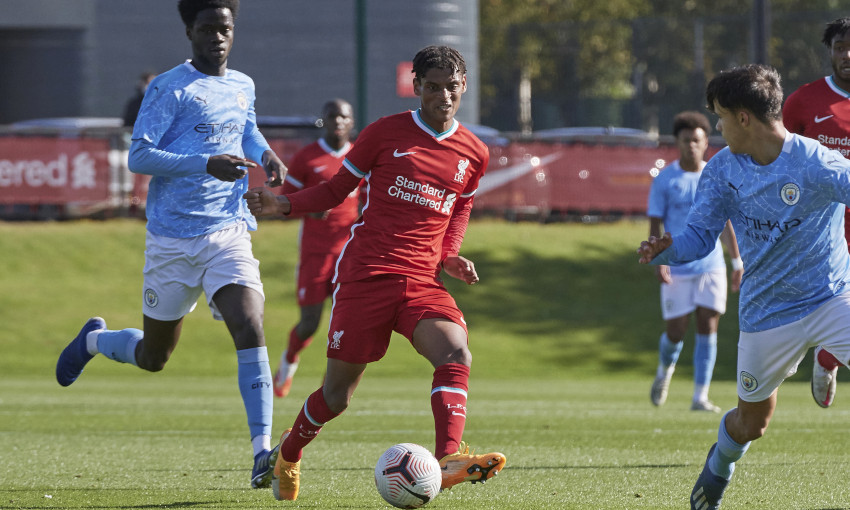 Liverpool U18s were beaten 3-1 by Manchester City in their U18 Premier League North tie at the Academy on Saturday.

It was a frustrating outing for the young Reds, who enjoyed the lion’s share of possession in the early stages but were unable to translate that initial dominance on the ball into clear-cut chances.

Tai Sodje edged the Blues ahead on 34 minutes and City’s No.9 put the game beyond Liverpool in the second half with two further strikes to a seal a hat-trick and secure the points.

Substitute Isaac Mabaya grabbed a consolation for Liverpool with four minutes remaining, but it ended in defeat for Marc Bridge-Wilkinson’s side.

Having watched the first team and U23s score seven and five respectively the preceding two nights, the U18s started confidently in Kirkby.

City were often penned back in their own territory as Liverpool probed for an opening, with Dominic Corness drawing a stop from Mikki Van Sas and Layton Stewart sweeping a curler wide. 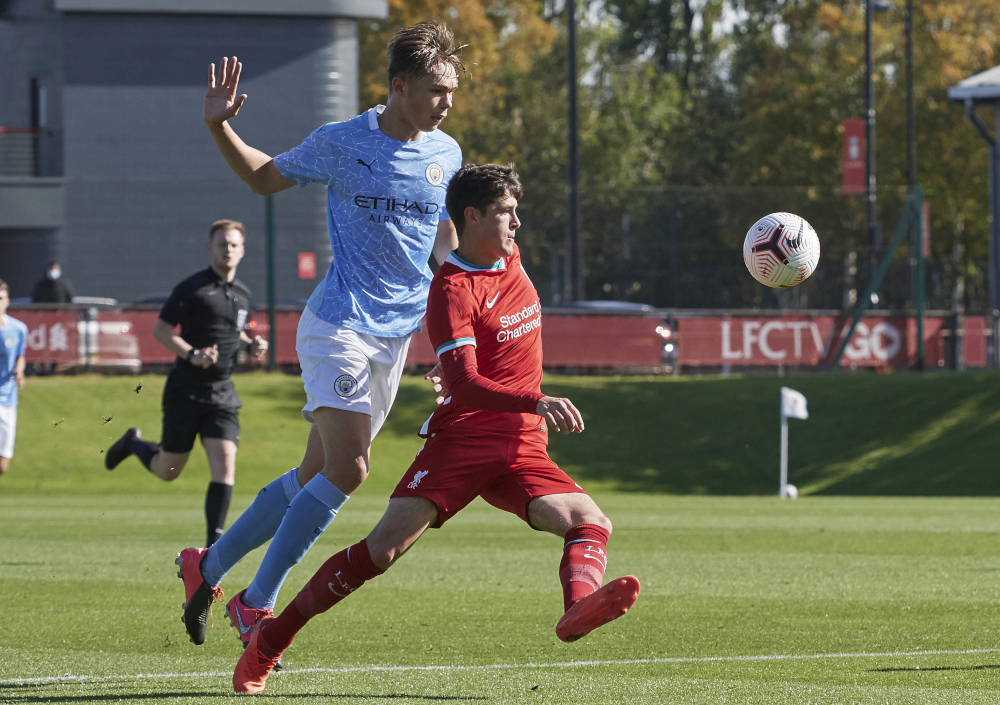 But after the opening half-hour passed without a goal, the visitors’ belief grew.

First, Micah Hamilton sprung a counter-attack and spread play out to Carlos Borges on the right; he pulled the ball back into the Reds area and Jakub Ojrzynski bravely jumped off his line to block Darko Gyabi at his feet.

It was short-lived relief for the home team, though.

From another City attack along their right-hand side and delivery to the middle, Sodje nudged Jarell Quansah out of the way and tucked his finish past Ojrzynski.

The Liverpool goalkeeper ensured the deficit remained one with a fine save six minutes before the break, reacting well to push Harvey Griffiths’ rising drive over the bar.

Hopes of a second-half comeback for the hosts suffered an unfortunate blow nine minutes after the restart, however.

Billy Koumetio miscontrolled a square pass in his own area as the Reds looked to build play from the back and Sodje pounced immediately to rasp a low strike into the net.

And City compounded a tough afternoon for Liverpool with their third goal on 68 minutes. 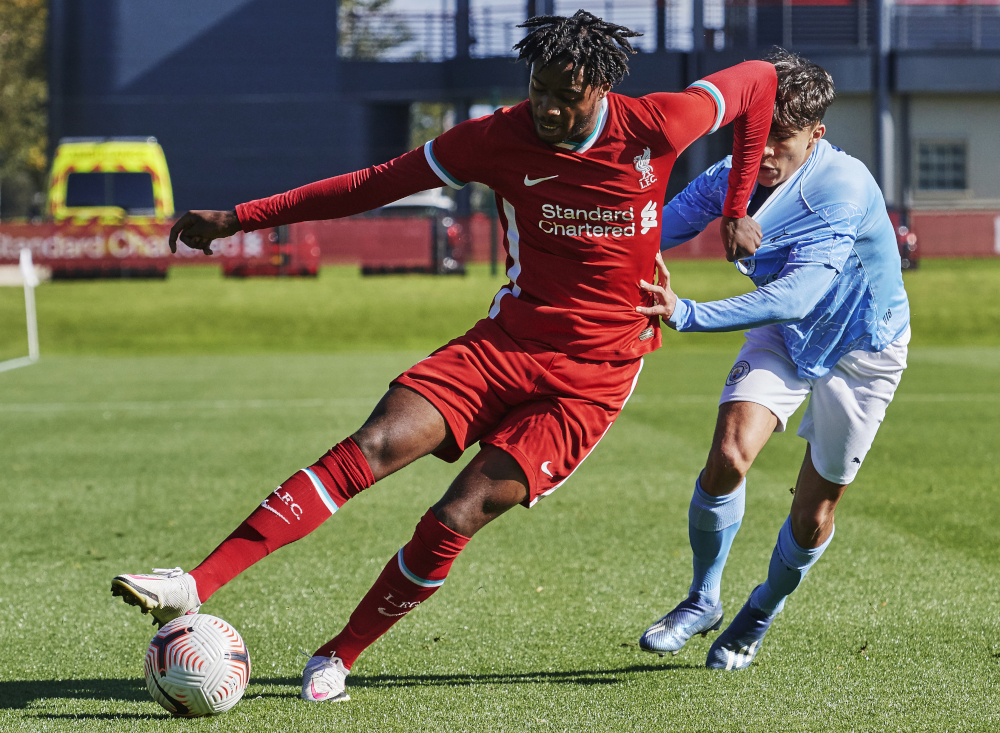 Borges’ pace and directness turned a counter-attack into a real opportunity as he surged through the centre and, when Ojrzynski came off his line, unselfishly passed to the waiting Sodje for a simple hat-trick finish.

Stewart hit the side-netting as the Reds continued to search for a response, which finally came on 86 minutes; City goalkeeper Van Sas scrambled to clear a misjudged backpass off his line, allowing Melkamu Frauendorf to tee up Mabaya for a consolation.