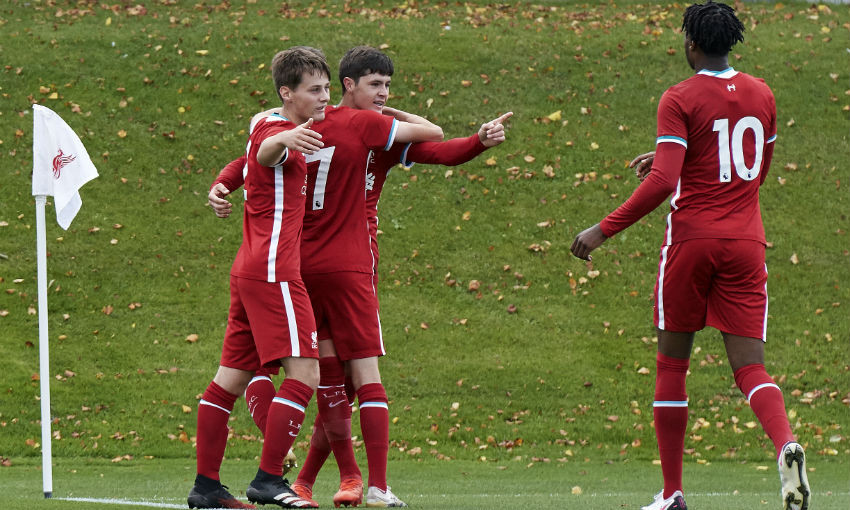 Layton Stewart’s hat-trick inspired Liverpool U18s to a comprehensive 5-0 win over Stoke City at the Academy on Saturday.

The Scouse striker’s treble was supplemented by two Dominic Corness goals direct from corners as the young Reds began their U18 Premier League North season in style.

Stewart delicately clipped Marc Bridge-Wilkinson’s side into a 25th-minute lead, and then won and converted a penalty towards the end of the first half.

Corness’ first wind-assisted set-piece made it three around the hour mark, before Stewart produced a moment of class to bend a long-range shot into the top corner and crown an impressive display.

And Corness then added a carbon copy of his first goal to complete the scoring late on. 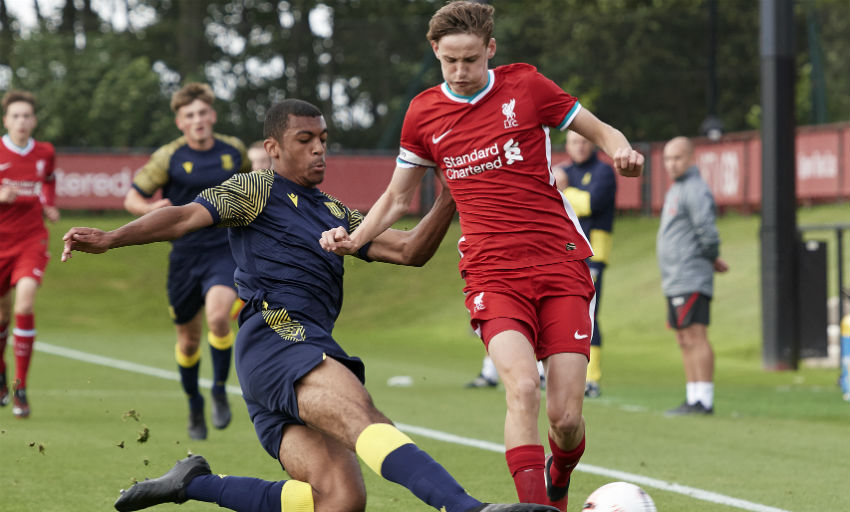 Stewart could have scored prior to his clinical opener when James Balagizi burst free down Liverpool’s left and delivered a cut-back, but the forward’s first touch was too heavy and the chance was gone.

Harvey Blair was forced off early on due to an apparent muscle injury, leading to Melkamu Frauendorf’s introduction from the bench. The Germany youth international, who arrived from Hoffenheim last month, settled quickly and the young Reds moved ahead midway through the half.

Luca Stephenson found Tyler Morton and the captain sought out Stewart with an angled pass. The No.9 duly adroitly turned Henry Nash and lifted an ice-cool finish over advancing goalkeeper Paul Cooper.

Having hit the front, Bridge-Wilkinson’s team slipped through the gears and a tempting low ball in from the left by Morton narrowly evaded both Stewart and Frauendorf.

But, seven minutes before the break, the advantage was doubled via Stewart’s penalty.

This time, the 18-year-old received Luke Chambers’ pass and surged beyond Nash into the area, where he was hauled down by the Stoke centre-back. Stewart picked himself up to send Cooper the wrong way from the spot. 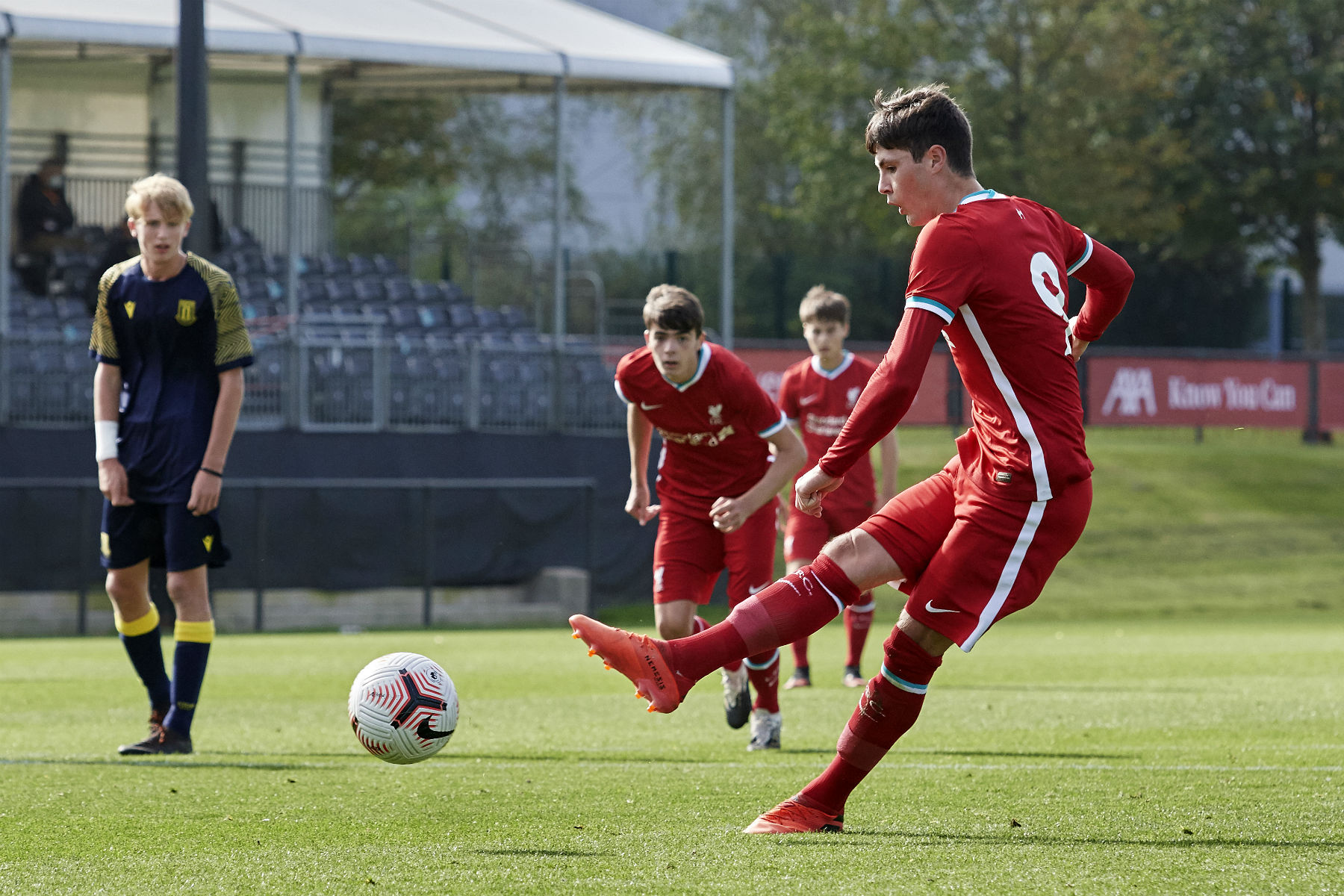 Only an excellent save by Cooper - the ‘keeper tipping his fine header over the crossbar - denied Stewart a first-half hat-trick, with Frauendorf then spurning a presentable opportunity in the final goalmouth action of the first period.

Jakub Ojrzynski was called upon early in the second half, the Liverpool ‘keeper comfortably holding on to Kevin Fernandes’ pot-shot, but Stoke’s hopes of salvaging anything from the game were undermined further when Corness’ left-footed, inswinging set-piece looped over Cooper and into the net.

The hosts continued to attack in search of more goals, too, and Stewart had saved his best until last. The Scouser collected Balagizi’s pass, drove at the Stoke backline from the inside-left channel and curled an unstoppable strike into the far top corner.

Corness’ second goal from a corner followed, with substitute Max Woltman rattling the underside of the bar in the final minute as Liverpool got their campaign up and running in convincing fashion.