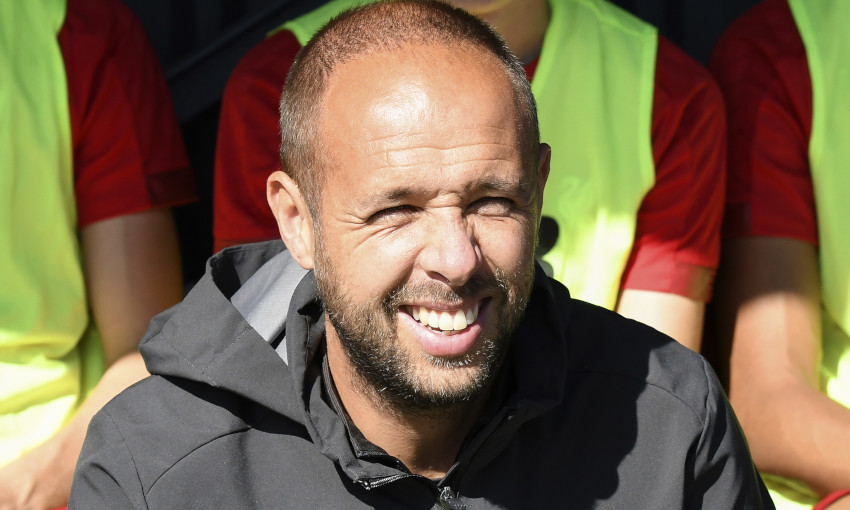 Liverpool U23s recorded another pre-season win as they beat Derby County 3-1 at the Academy on Monday afternoon.

Following a draw with The New Saints and victory against Carlisle United in their previous warm-up fixtures, Barry Lewtas’ side impressed again.

Paul Glatzel gave them a fifth-minute lead from the penalty spot in Kirkby.

The striker won the kick himself, having been brought down as he collected Jack Bearne’s reverse pass and stepped inside, and he duly sent the goalkeeper the wrong way from 12 yards.

Luis Longstaff saw a good chance saved and Glatzel shot off target with two further opportunities as the young Reds sought to build on their early advantage.

Instead, it was the visitors who netted next, Derby launching a successful counter-attack to level the score against the run of play midway through the first half.

Liverpool got back in front before the break, though. Liam Millar’s cross from the left picked out Bearne, who did the rest with a neat turn and clinical finish.

The chances kept coming into the second half, too.

Leighton Clarkson hit a post, Fidel O’Rourke and Millar had efforts saved, and at the other end Vitezslav Jaros kept out a Derby penalty with 13 minutes remaining.

It was the turning point of the match as Lewtas’ charges promptly made it 3-1.

Owen Beck made inroads down the left with a strong run, exchanged passes with Millar and delivered for O’Rourke to seal victory.