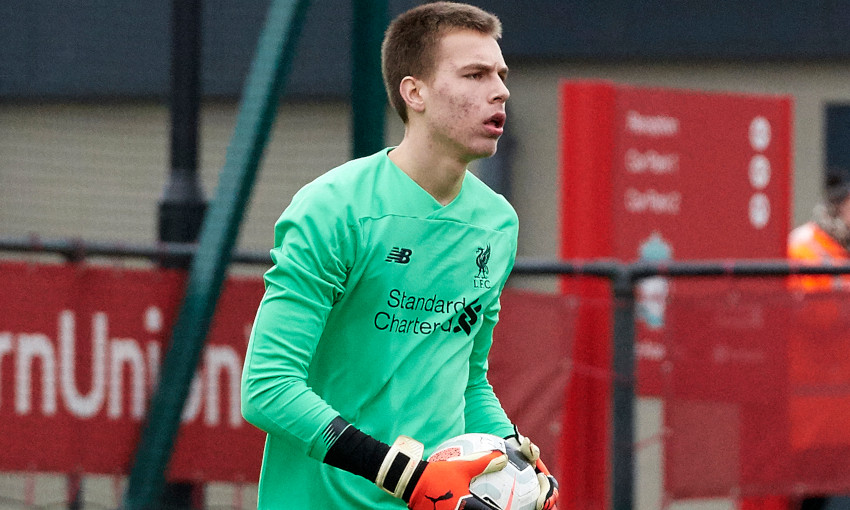 The 17-year-old goalkeeper joined the Reds last summer from Legia Warsaw in his native Poland.

He immediately joined the first-team travelling party for the summer tour of the USA.

Kuba – as he is known to all at the Academy – linked up with the club’s U18 squad once he gained his international clearance in September.

One of his season highlights was a number of fine early saves in the U18s derby with Everton, which the young Reds went on to dominate and win 6-1.

The Polish youth international is a fine shot-stopper and has been developing his distribution with the ball at his feet during his first term at the club.

He made his UEFA Youth League debut in the victory over Salzburg in October and made several impressive contributions as he shared time in a campaign which saw the U19s top their group.