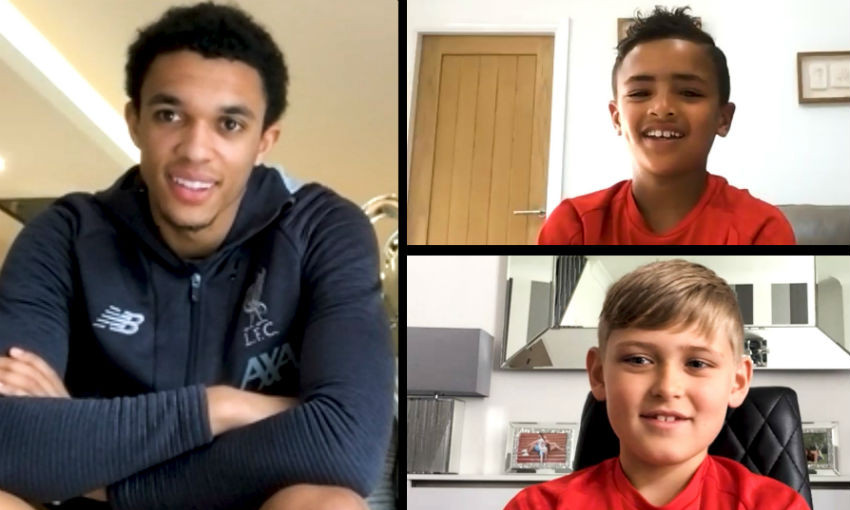 Trent Alexander-Arnold was a surprise guest as the Champions League winner took part in a special day in the Liverpool FC calendar recently.

The Academy's U9s signing day saw 23 young players pen their first deal with the club having come through a preliminary programme with head of pre-Academy recruitment and player retention, Ian Barrigan, and his deputy Steve Gorst.

The youngsters and their families were welcomed via video call by LFCTV's Peter McDowall before a special message from Academy director Alex Inglethorpe as he spoke about what lay ahead for the boys and highlighted some of those who had gone before them.

The names and bios of the players were then revealed by LFC commentator Steve Hunter, before Alexander-Arnold was put on the spot by the new recruits.

The Academy graduate answered a wide range of questions about his career so far - and much more - and also signed individual LFC shirts for them.