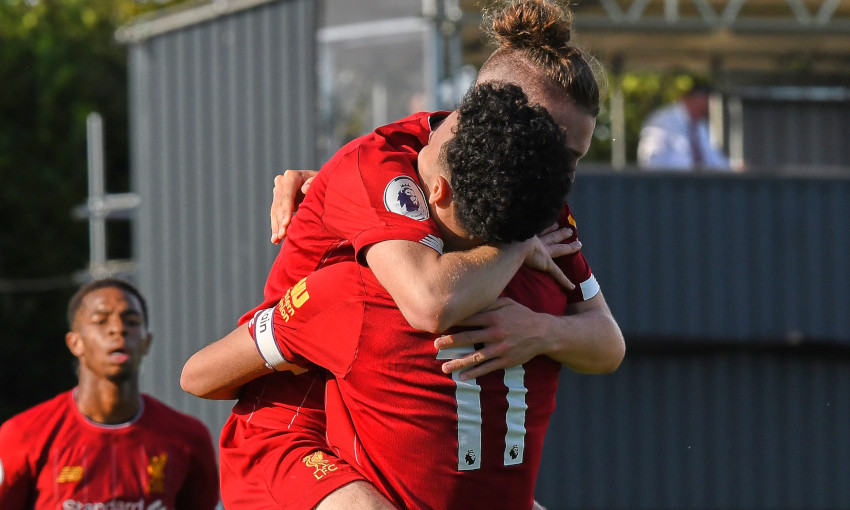 Liverpool’s Academy teams have given us some special moments in 2019-20 so far, and we have picked out the 10 best goals from the campaign for you to relive now. 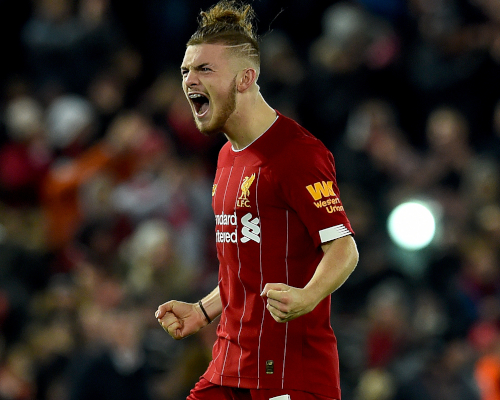 Molineux has seen some special goals by players in their famous gold shirts over the years, but on this particular January evening the crowd were on their feet in appreciation of an opposition player. During the U23s' 2-2 draw with Wolves in the Premier League International Cup, Elliott produced a goal that he will never forget. Meeting Jake Cain’s right-wing corner, the 16-year-old spectacularly leapt and produced an incredible bicycle kick that flew into the back of the net. 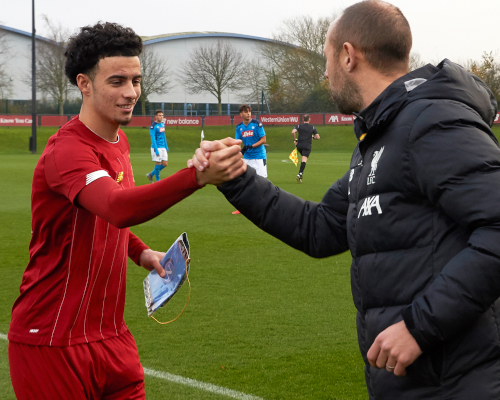 The Scouser has scored some memorable goals this season and his FA Cup winner against Everton at Anfield will never be forgotten. On November 27, Barry Lewtas’ U19s hit a magnificent seven against Napoli in the UEFA Youth League in Kirkby and this strike was the pick of the lot. Picking the ball up outside the box, Jones, courtesy of his trusty left foot, fired an unstoppable effort into the top corner of the net. 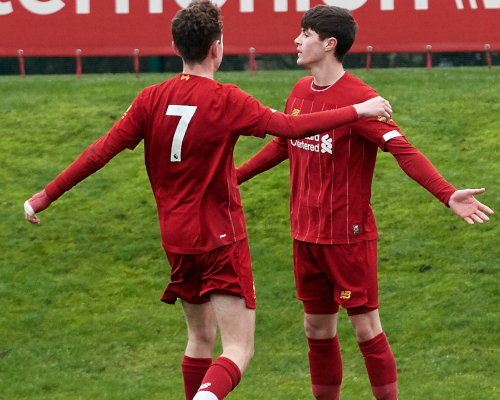 U18s forward Stewart saved the best until last as he sealed his hat-trick in fine style during the 4-0 win over Sunderland in Kirkby. A minute into stoppage time, Stewart broke into the left side of the box and drew out the goalkeeper before superbly sweeping the ball back over him and his recovering defenders into the far corner. 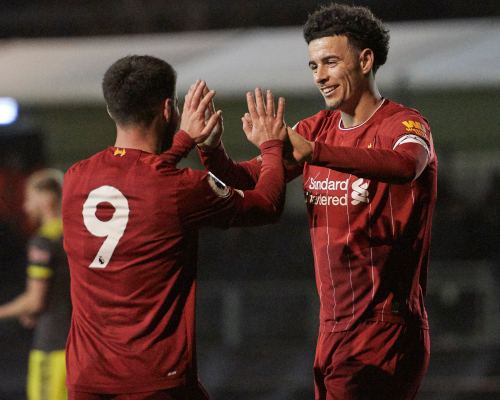 Fresh from his Merseyside derby heroics, U23s skipper Jones netted another blistering strike during the 5-0 win over Southampton in Premier League 2. He had 10 shots on goal during the game and with his last effort of the night, he buried an unstoppable effort into the net from 20 yards out. 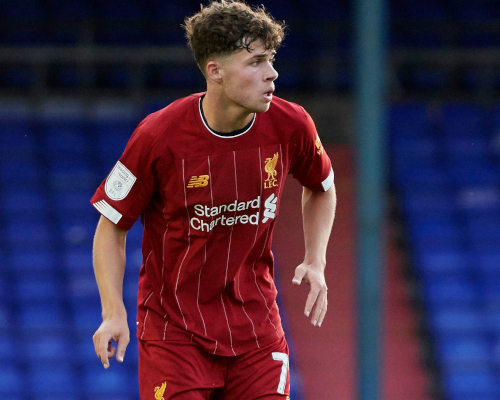 Wales U21 international Williams has certainly made a name for himself this season with a few assists at first-team level. In their opening Academy game of 2019-20, Williams netted a spectacular strike during the 3-2 loss at Oldham Athletic in the Leasing.com Trophy. Meeting Yasser Larouci's left-wing cross, 18-year-old Williams unleashed a powerful effort that flew into the top corner. 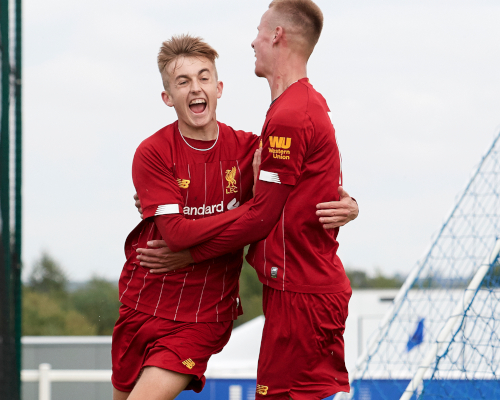 A 6-1 win in the Merseyside derby at any level over your city rivals is a special occasion and so it proved for the U18s at Finch Farm. Lewtas’ charges played some outstanding football and the team goal finished by Cain was the pick of the strikes. Cain started the move by threading a pass into Niall Brookwell’s run into space along the left and darting into the Blues' box to collect the return. His calm finish equalled the quality of the build-up. 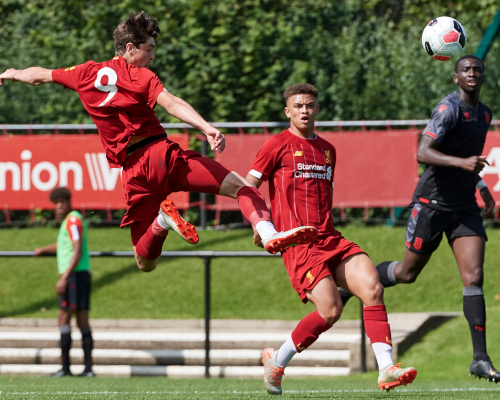 Lewtas’ U18s have made a nice habit of replicating the first team by netting late winners and this win over Stoke City at the Academy was made even more special by the quality of Stewart’s goal. With just two minutes left to play, Cain knocked forward an accurate long pass into the area and Stewart met it with a perfect touch over the goalkeeper and into the back of the net to secure a dramatic win. 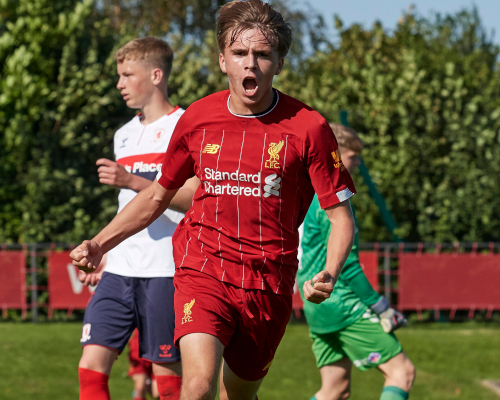 Scouser Norris has enjoyed a season he will never forget, with the 16-year-old making his first-team debut in the Carabao Cup quarter-final at Villa Park. He has a sweet left foot, which he demonstrated perfectly during the U18s' 3-0 win over Middlesbrough in Kirkby. After being played in by Cain, Norris drilled an unstoppable effort into the roof of the net. 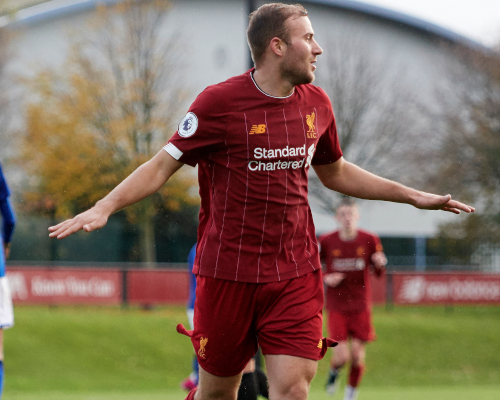 There was derby delight for Liverpool U23s as they edged the Blues 2-1 at Kirkby in Premier League 2. Kane picked up the ball on the left edge of the penalty box and struck a wonderful effort past Harry Tyrer in the opposition goal to end an exciting week for the Academy on a huge high following the midweek Carabao Cup win over Arsenal at Anfield. 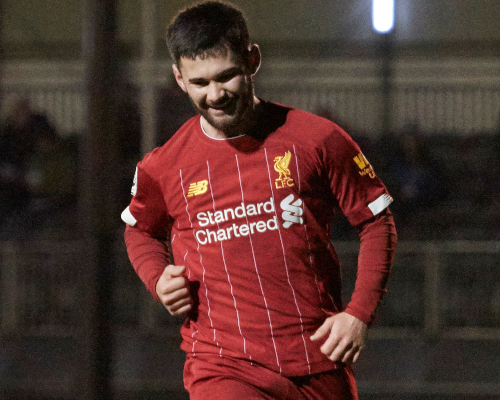 Hardy has hit seven goals for the U23s following a January move from Brentford, and the Wirral-born forward has thrived back home in the north west. Hardy netted a double strike during the 6-0 win over Sunderland in the Premier League Cup. Meeting Elliott's cross from the right, the forward sent a thundering volley into the back of the net.