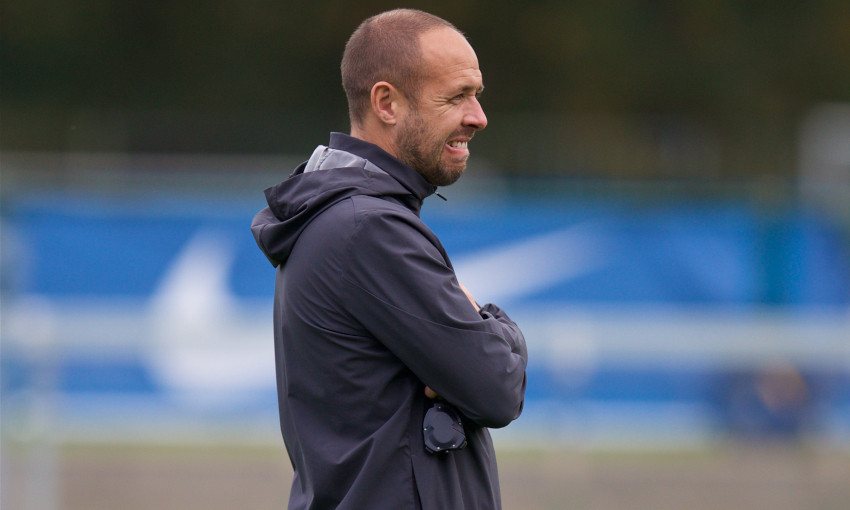 It was a frustrating morning for Liverpool U18s as they were beaten 3-0 by Middlesbrough.

First-half goals from Calum Kavanagh and Joe Gibson sandwiched a Fidel O’Rourke penalty kick that was saved at Rockliffe Park.

And Harry Green netted a third for the hosts early in the second half to consign Barry Lewtas’ young Reds to a second consecutive defeat.

After a tepid start to proceedings, interrupted by an injury to a linesman, Middlesbrough opened the scoring in the 11th minute.

A Liverpool pass back from the middle of the pitch was misplaced and presented Kavanagh with a chance to run through, the striker showing composure to slot a shot past Jakub Ojrzynski.

The Reds could soon have earned a rapid equaliser as O’Rourke was released into the area by Max Woltman’s clever pass and, on his run towards goal, tripped by Andrew Wilson.

O’Rourke stepped up to take the penalty himself and aimed his finish to the goalkeeper’s left at medium height, only for Harry Flatters to get his right hand up and swipe the ball away.

Green had a drive stopped by Ojrzynski at his near post after good footwork created a shooting opportunity, and the Liverpool ‘keeper later made an even better save to deny Kavanagh a second.

It was a short-lived reprieve, though.

With 40 on the clock, Gibson jinked through the defence into the right side of the box and produced an unstoppable strike across Ojrzynski into the opposite top corner.

Ojrzynski then had to thwart Alberto Balde and Gibson to keep the deficit at two goals when the half-time whistle was blown.

Niall Brookwell attempted to lift Liverpool with a driving run through the middle on 50 minutes. He teed up Woltman to his right for an effort that was tipped away by Flatters.

The consistently threatening Balde made ground along the right flank and served an assist back to Green, who, from the edge of the box, sent a curling finish away from the reach of Ojrzynski and into the net.

From there, the tempo of the contest dipped, with Middlesbrough commanding a comfortable lead and the visitors unable to find the momentum required to launch a comeback.

Balde spurned a chance to give Boro a fourth late on, prodding wide when found in behind, and it ended in a disappointing defeat for Lewtas’ charges.