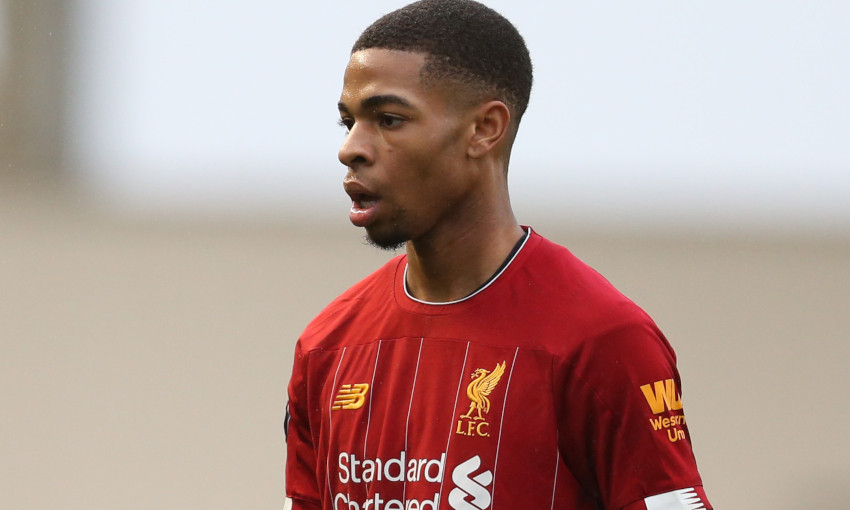 Liverpool U23s midfielder Elijah Dixon-Bonner is hoping to be back in action before the end of the season after damaging a knee ligament against Huddersfield Town last Friday.

The 19-year-old was forced off in the second half of the Premier League Cup match at Kirkby following a challenge with a Terriers player.

While the injury will keep him out for around six to eight weeks, Dixon-Bonner is determined to come back even stronger and his U23s coach Neil Critchley has no doubts that he will.

"Elijah has played a lot of football for us this year and done extremely well," said Critchley. "He's had a really good season, and I was hoping to see him push on in the back end.

"He knows he's facing some time in the gym but he'll be fine, as he is mentally a very strong boy. We hope to see him again this season."

Dixon-Bonner has captained the U23s side on a number of occasions this season, as well as playing in the UEFA Youth league squad and the Leasing.com Trophy team.

His injury means he will miss the last-16 away clash with Benfica in the UEFA Youth League next Tuesday.

A member of last season's FA Youth Cup-winning side, Dixon-Bonner made his first-team debut for the Reds as a substitute against Shrewsbury Town in the FA Cup win at Anfield.

Dixon-Bonner called up by England for U17 Euros