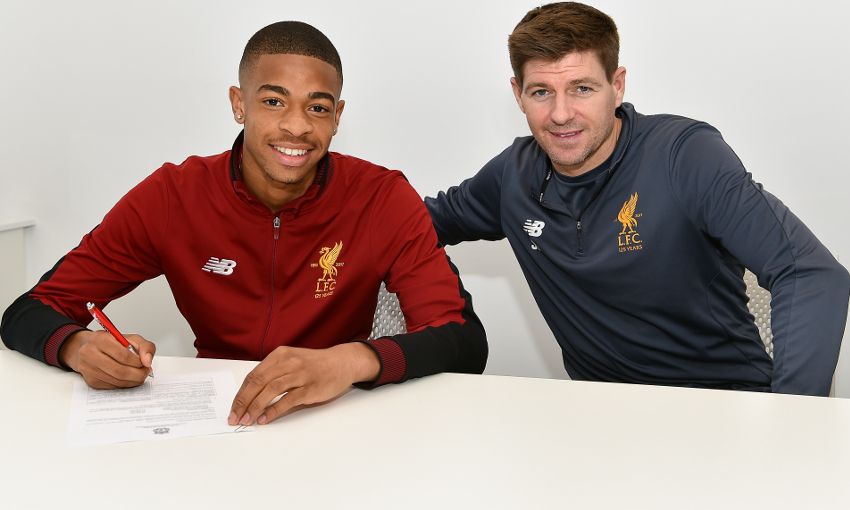 Liverpool FC can confirm that Elijah Dixon-Bonner has signed his first professional contract with the club.

The 17-year-old, who has previously captained England at U16 level, initially joined the Reds' Academy from Arsenal in 2015.

Having subsequently risen through the ranks, he has featured prominently for Steven Gerrard's U18s team this term, catching the eye with a number of dynamic performances in central midfield.

On putting pen to paper at the club's Kirkby youth base today, Dixon-Bonner told Liverpoolfc.com: "It's a dream come true for me, really.

"You always dream of being a professional footballer when you're a kid so for it to finally come true is an amazing feeling.

"And [to do it] for the club that I've supported since I was born, it's a great feeling for me and my family."

Pressed on his aims for the future, Dixon-Bonner added: "I've already been working hard but I want to work even harder to get to the first team and show everyone what I can do on the big stage.

"I'm aiming to keep improving as a player, developing and hopefully I can turn into a very good player."