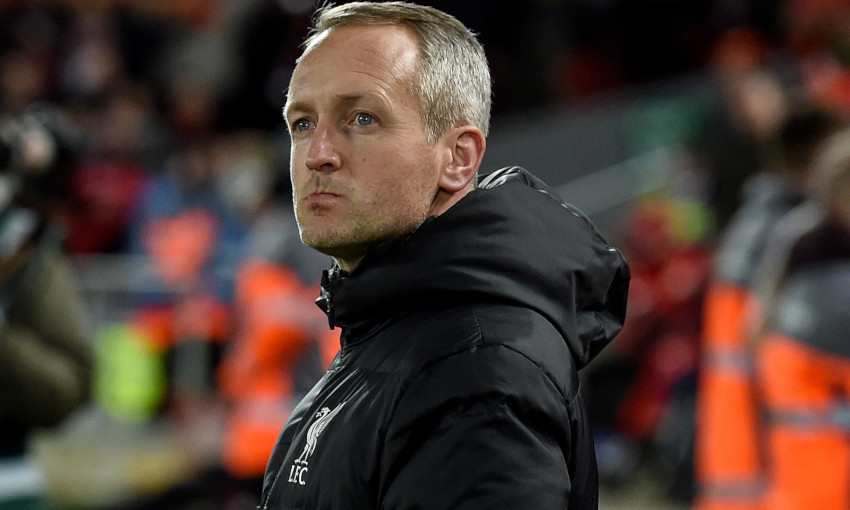 Liverpool U23s boss Neil Critchley will have no problem in bringing his players back down to earth as they visit Wolverhampton Wanderers in Premier League 2 on Monday night.

After their heroics in representing the first team during the dramatic FA Cup fourth-round replay win over Shrewsbury Town at a sold-out Anfield, Critchley's regulars are set to return to PL2 action.

Kick-off at St George's Park is at 7pm GMT and you can watch the game live on LFCTV.

A much-changed young Reds side beat Arsenal 3-0 on February 1, and Critchley has insisted that his usual squad will be ready to go again versus Wolves.

"For me personally, I don’t think it is difficult [to switch back], no, because again it comes down to the type of environment you create and the culture, the message and what gets spoken, and the type of people you are,” Critchley told Liverpoolfc.com.

"When our young players have the opportunity to train with the senior players they train exactly the same way, whoever is in the session.

"They behave the same way because they have just got a humility, a hunger and a desire to improve and they love football.

"It doesn't matter if you are playing at the Academy, away from home or at Anfield. The circumstances doesn’t matter, they want to do their best all the time.

"We go again and if we drop below the standards that we expect then they’ll be getting told in no uncertain terms.”

With the exception of Caoimhin Kelleher, the U23s' teamsheet against the Gunners showed 10 changes from the youthful side that beat Shrewsbury at Anfield a few days earlier.

And that, Critchley believes, is indicative of the good work being done day in, day out in Kirkby.

"I promise you I was just as proud and delighted with the Arsenal performance as I was with Shrewsbury,” he added.

"It was just at the Shrewsbury game there was 50-odd thousand more people there to share that with you, but the feeling I had after the Arsenal game was just the same - I thought the boys were fantastic that day.

"That made it even more difficult for me to leave some of them boys out who were not even in the squad against Shrewsbury. That was a horrible thing to do, but it’s part of the job, I get it.

"That’s always what we work on, on a daily basis in training."