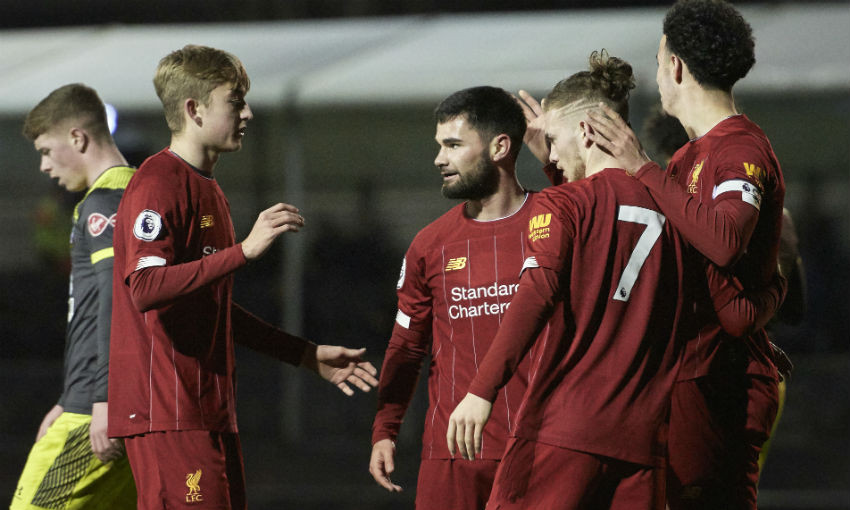 Joe Hardy’s first goals for Liverpool helped the U23s to a resounding 5-0 win over Southampton at the Academy.

Neil Critchley was once again able to call on the likes of Curtis Jones, Harvey Elliott and Neco Williams following their FA Cup exploits at first-team level, and the quality within the young Reds’ ranks was evident throughout Monday’s Premier League 2 contest.

Elliott confidently opened the scoring with just three minutes gone, and new signing Hardy then took centre stage by netting a well-taken brace before the break.

Further chances were fashioned at regular intervals during a dominant performance, although Critchley had to wait until the 87th minute for the fourth goal to come via Jones’ brilliant curler.

And, after returning from his loan spell at Kilmarnock last week, Liam Millar converted Williams’ cross at the back post late on to round off a hugely impressive team display. 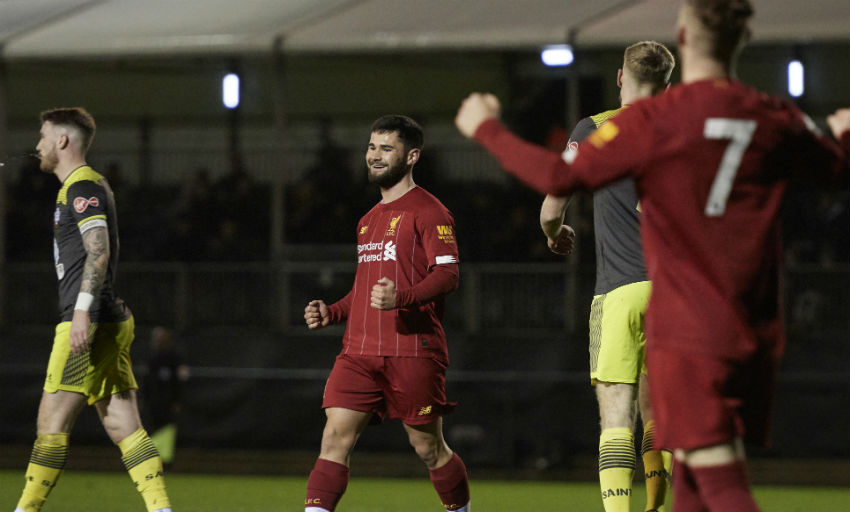 There was a verve and intensity about Liverpool’s play right from the off and Southampton goalkeeper Jack Bycroft parried away Jake Cain’s shot just seconds before Elliott’s early strike.

Pedro Chirivella found Elliott’s darting run inside from the right flank with a fine clipped pass that the 16-year-old chested down and calmly slotted home.

There was no let-up from the young Reds following that goal, either.

Jones dragged a low left-footed effort narrowly wide after he’d jinked his way into space, but it felt like a matter of when, not if, the second would arrive.

And sure enough, Hardy doubled the advantage on the quarter-hour mark by applying the final touch to a slick move.

Jones fed Elliott, whose cushioned lay-off was swept into the far corner by Hardy.

Fresh from his Merseyside derby heroics, Liverpool captain Jones seemed determined to add his name to the scoresheet and went close to doing so three times in quick succession.

First, Bycroft made a sprawling save to tip his effort wide, before the 18-year-old collected Cain’s clever reverse pass and rattled the crossbar with a powerful drive having held off his marker.

Jones then flashed a long-ranger just off target but, two minutes prior to an entirely one-sided half coming to an end, the skipper turned provider for Hardy, who latched onto his through-ball and whipped an unerring finish back into the far corner. 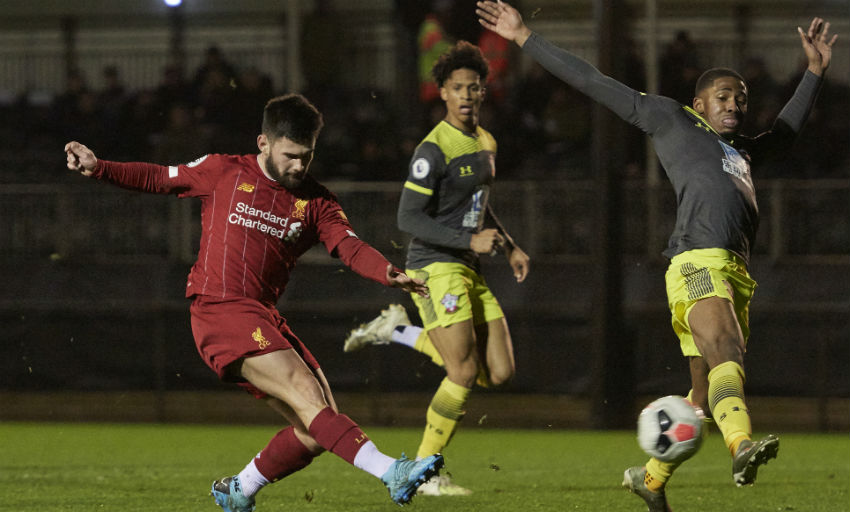 Liverpool were immediately back on the front foot following the interval and Williams drilled wide from the edge of the area within a minute of the restart.

Jones twice more showcased his ability to beat a defender with neat footwork and get a shot away quickly - but again the teenager’s attempts were directed off target by a whisker.

Southampton’s sole attack of note arrived with an hour gone, though Dan N’Lundulu was thwarted by Morgan Boyes’ well-timed block.

It appeared inevitable that Jones would get his goal eventually, and he finally did so with his 10th, and best, shot of the game - the skipper launching an unstoppable strike into the top corner from 20 yards.

There was still time for Millar to get in on the act too, as the returning forward got on the end of Williams' low cross and nudged in from close range.