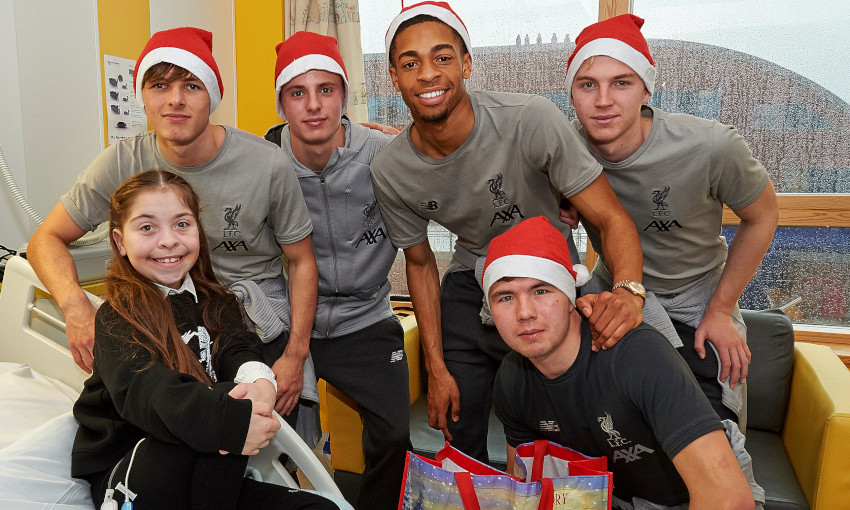 Players and staff from the Liverpool FC Academy recently made their annual Christmas visit to Alder Hey Children's Hospital.

Members of the U23 and 18 squads, led by coaches Barry Lewtas and Neil Critchley, donned their Santa hats and delivered gifts to children being treated at the West Derby facility.

They chatted with the children and their parents, posed for selfies and even had time to meet Santa himself in his grotto in the reception area at the hospital.

This year’s visit also saw the club donate 500 euros to the hospital’s charitable appeal thanks to the club’s participation in this year’s UEFA Youth League, where they have reached the last 16.

UFL's Solidarity Project allows the club to choose a favourite cause within their community to donate the money to and the Reds were delighted to nominate Alder Hey as their chose recipient, with U18s captain Fidel O’Rourke handing over the cheque.