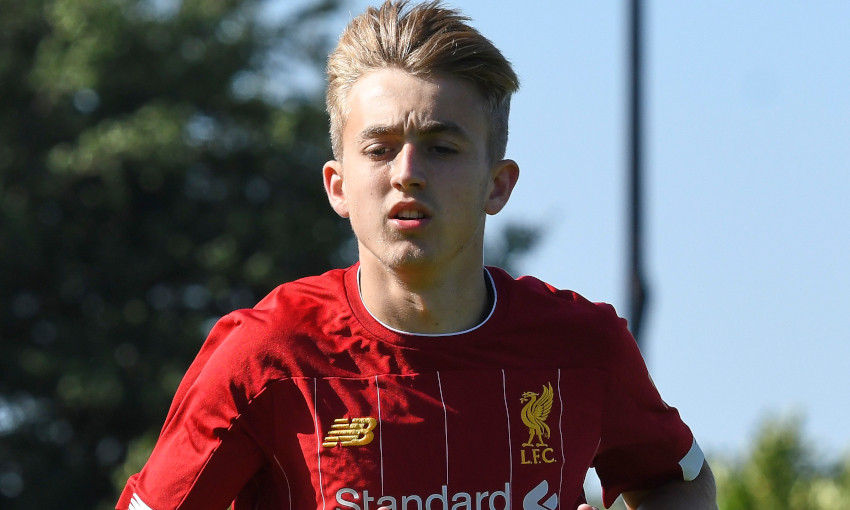 Liverpool U18s bounced back in style from their FA Youth Cup exit as they won 5-1 away at Derby County on Saturday.

Trailing to a Jack Stretton effort five minutes before the break, a devastating spell of three goals in four minutes turned the game for Barry Lewtas’ charges.

Three minutes after half-time captain Fidel O’Rourke made it 1-1 and then a double from Jake Cain fashioned a strong lead.

Layton Stewart added a fourth on 70 minutes and a last-minute own goal from Jaden Charles made it 5-1.

Reflecting on the win, Lewtas told Liverpoolfc.com: “We have had a tough week and the lads were disappointed to go out of the FA Youth Cup on Monday but this was a nice response.

“We were 1-0 down at half-time but still played some really nice football and we kept creating chances.

“We got the breakthrough and in the end we were quite ruthless and clinical, which was pleasing from our point of view.

“We put them under a lot of pressure and it was a really good way to end our league programme for this year.”