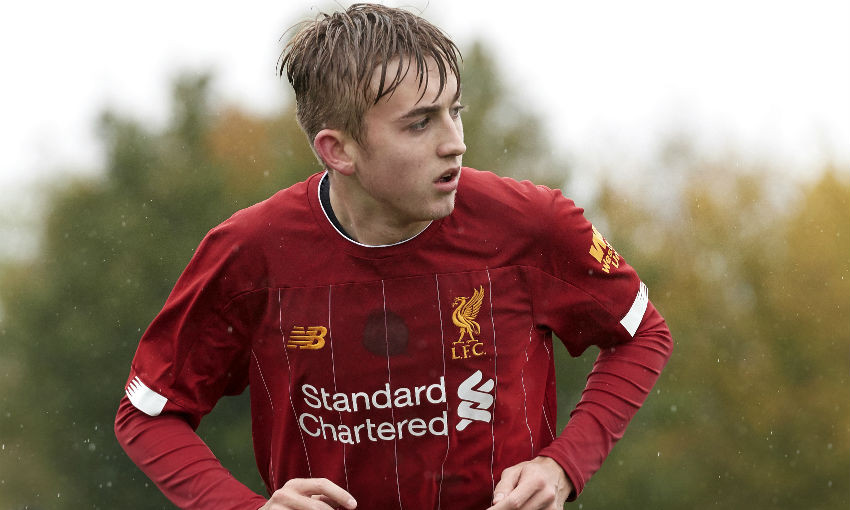 Liverpool U18s were knocked out of the FA Youth Cup at the third-round stage after a 4-2 defeat by Tottenham Hotspur on Monday night.

The young Reds had recovered from a 2-0 deficit through Conor Bradley and Layton Stewart after two first-half penalties from Troy Parrott.

But goals from Max Robson and Chay Copper with a quarter of an hour remaining at the home of Stevenage FC eliminated the reigning holders.

Barry Lewtas' side very nearly broke the deadlock with just 52 seconds on the clock as Jake Cain saw his curling effort from the edge of the area go just past the post.

However, Tottenham survived the early scare to grab control of the tie.

Liverpool stopper Harvey Davies was adjudged to have brought down Parrott inside the area, with the forward stepping up and dispatching the resulting spot-kick into the bottom corner.

An underhit Ki-Jana Hoever back-pass then resulted in Davies upending Parrott again. The Spurs No.9 dusted himself off to fire into the roof of the net and put the hosts into the ascendancy.

But the young Reds grabbed themselves a lifeline right on the stroke of half-time.

Bradley's late run towards the box was timed to perfection as the Northern Irish full-back fired home in emphatic fashion.

That momentum was carried into the second period, with parity restored shortly after the hour mark.

Leighton Clarkson fired a crossfield pass that found Stewart on the corner of the box. And Stewart shifted the ball onto his right foot, allowing him to lace it into the far corner to make it 2-2.

But two goals in quick succession confirmed Liverpool's fate as Robson glanced a header in from the left before Cooper ran through on goal and slotted past Davies.

"In competitions it's about winning and, sadly, someone has to lose, but I don't feel in terms of the performance we were second best," Lewtas told Liverpoolfc.com.

"The two penalties hurt us early on but we showed character and personality to get back into the game. I thought we had control and controlled a large portion of the game and were a threat.

"I thought the lads were fantastic, I was proud of them last year and even though it's not nice to go out tonight, this was a performance to be proud of."