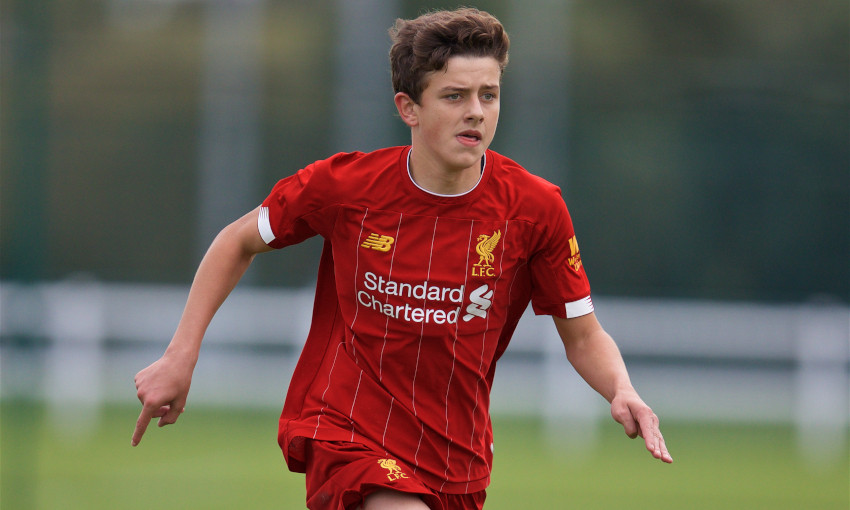 Owen Beck scored a last-gasp winner as Liverpool U18s finished the group stage of the Premier League Cup with a 3-2 victory at Southampton on Saturday.

Tyler Morton and Max Woltman were also on the mark for Barry Lewtas’ charges in the Group D tie.

Young Scouser Harvey Davies made his debut for the Reds between the posts while Lewtas was still without injured strike duo Fidel O’Rourke and Layton Stewart, and centre-back Billy Koumetio was also ruled out.

Morton fired the Reds into the lead before Saints fought back to claim a 2-1 advantage.

But Woltman then levelled to make it 2-2 and Beck netted the winner deep into stoppage-time.

This was Liverpool U18s’ final group game in the Premier League Cup and despite finishing second, they are set to miss out as one of the best runners-up.

LFCTV GO: Watch the goals from the 3-2 win

Reflecting on a dramatic win, Lewtas told Liverpoolfc.com: “Fair play to the boys and they did ever so well.

“We had some very young lads out there and they have had a tough few weeks but they gave it absolutely everything and deserved the win.

“We pushed hard, we dug in, created lots of chances and showed plenty of personality and character.

“Owen played really well and it was great to see him push forward from left-back to get the winner.